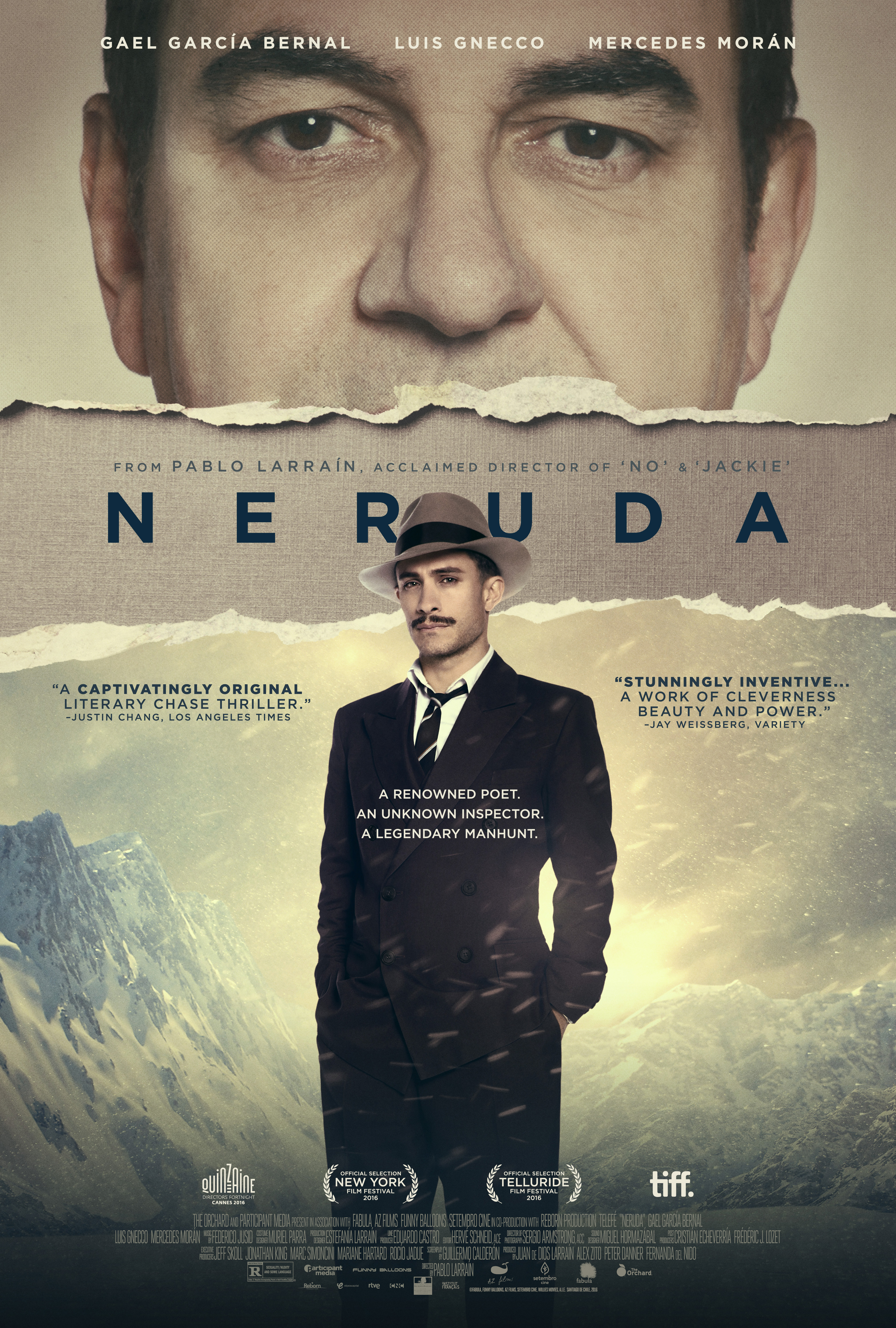 LATINO LENS FESTIVAL & SHOWCASE IS PRESENTED BY NALIP AND RUNS ON SUNDAY OCTOBER 30, 2016 IN HOLLYWOOD, CA

HOLLYWOOD, CA (October 17, 2016) The 2016 Latino Lens Festival and Showcase (http://bit.ly/2b6di7S), presented by NALIP and sponsored by NBCUniversal, to present awards to best Latin American work by Chilean filmmaker Pablo Larraín for his film NERUDA, starring Gael Garcia Bernal and Luis Gnecco, and Chile’s official Academy Award® selection for Best Foreign Language film, as well as best LatinX work by filmmaker Fede Alvarez for Don’t Breathe. Larraín also directed the upcoming biopic Jackie. The awardees were selected from a nomination tier panel of experts and the winners were voted by the NALIP membership of Latino creators and producers. Additionally the Latino Lens Festival and Showcase will screen selected Latino led short films and will present industry expert-led MasterClasses and Workshops. The event will take place on Sunday, October 30th, 2016 at the Avalon Hollywood. NALIP's second annual showcase event that aims to display a wide range of voices and narratives that are crafted by Latino content creators, in a continued effort to advance the exposure and accessibility of Latino-crafted cinema, television and new media art forms...

What: Latino Lens Festival and Showcase -

NALIP’s Latino Lens Festival and Showcase, is made possible by presenting sponsorship from NBCUniversal and proudly supported by Asombroso Tequila and Holotrope VR, MPAA, El Rey Network and SAGindie. Our sponsors will be present with activation booths for the Latino Lens Fest attendees. NBCUniversal will be present with a booth while Asombroso Tequila will have a margarita bar. HolotropeVR’s demos will give you a futuristic experience as well as a photobooth by TimeMachine to commemorate your time at Latino Lens Festival & Showcase!

The National Association of Latino Independent Producers (NALIP) is a national membership organization that addresses the professional needs of Latin@ content creators. We stand as the premiere Latino media organization, addressing for sixteen years the most underrepresented and the largest ethnic minority in the country. NALIP was founded in 1999 by a group of Latino producers, content creators, academics and media advocates. During the first NALIP conference in San Francisco in June 1999, NALIP was organized by the conference participants, and the mission and organizational guiding principles were adopted.

Presented by NALIP and supported by a variety of industry, media and organizational sponsors - NALIP’s Latino Lens is an exclusive incubation and media content production program as well as a distribution model of Latino media screenings, festivals and speaker showcases designed to develop, nurture  and produce a series of Latino creators’ and filmmakers' projects and showcase their talents as producers, directors, and writers. Latino Lens is divided in 4 main areas: Film Feature/Short Film, Digital/Streaming, Documentary and TV. Each pipeline has its own funding source, sponsor, media liaison and industry partners.