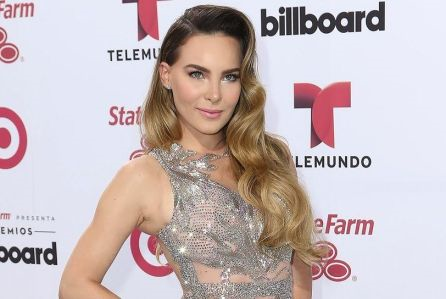 The talented Spanish-born, Mexican singer-songwriter Belinda has booked a role in Paramount Pictures’ Baywatch which is being directed by Seth Gordon. Belinda is well-known to Latino audiences as she has been acting since age 10, when she was cast as the lead role in the children’s telenovela ¡Amigos X Siempre! (2000). She later appeared in other children’s programs Aventuras en el Tiempo in 2001 and Cómplices al Rescate in 2002 with their subsequent soundtrack releases and international tours.

The signing of Belinda is surely a calculated move as she has a big social media presence and loyal fan following. Belinda has a 7.6M followers on Instagram, Twitter and YouTube. She is not on Facebook. The breakdown for her is 3.5M Instagram, 3.9M on Twitter and 200K subscribers on YouTube. She went on social media today to confirm her casting in the film.

Her strong social media capital comes from the fact that she has sold more than 2M albums in the U.S. and 16M albums worldwide, making her the third-best-selling female Mexican artist. In fact, Billboard named her the “Princess of Latin Pop.”

Baywatch, the feature based on the popular TV show of the same name, is being produced by Beau Flynn and Ivan Reitman from a script by the writing team of Mark Swift and Damain Shannon with a latest draft by Barry Schwartz.

The multi-talented Belinda first debuted a self-titled album Belinda in 2003 which was a commercial success in Latin America, selling over 2.5M records worldwide. Her second album Utopía (2006) earned her two Latin Grammy nominations and was certified platinum in Mexico.

She returned to Mexican television in Camaleones (2009) and the series Mujeres Asesinas 3 (2010), inspiring her subsequent album Carpe Diem which spawned the hit single “Egoísta.” Her fourth studio album Catarsis debuted at No. 1 on the Mexican charts.

She is repped by Danna Vasquez and Untitled Entertainment.