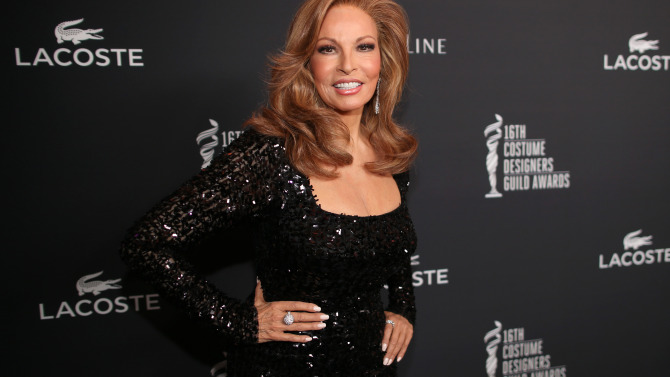 The National Association of Latino Independent Producers have announced the honorees for the 16th annual Latino Media Awards, to be held June 27 in Hollywood.

Actress Raquel Welch, “Orange is the New Black’s” Dascha Polanco and Mexican television star Eugenio Derbez will be honored at the W Hotel event. The NALIP Media Summit is presented by HBO and includes four days of panels, workshops, screenings and showcases in addition to the awards ceremony.

Welch will receive the Lifetime Achievement Award, which recognizes artists who have had a profound effect on the entertainment industry as a leader for the arts and for Latinos.

“We are tremendously excited by the collective achievements of this year’s honorees,” NALIP Executive Director Axel Caballero said in a statement. “No one likes to use the word ‘legend’ lightly, but it only begins to describe Raquel Welch.”

Polanco, a Dominican-American actress know as Dayanara Diaz on “Orange,” will be feted with the Lupe Award, which aims to spotlight Latino talent or producers who have received a significant amount of buzz and shown great promise as a future artist.

Derbez, whom Variety rated as the No. 1 most influential Hispanic male in the world, will receive the Outstanding Achievement Award, which honors Latino content producers or Latino talent who have demonstrated exceptional success in the entertainment industry. His latest film, “Instructions Not Included,” became the most successful Spanish-language film ever domestically and internationally. Past recipients include Sofía Vergara, Kenny Ortega and Salma Hayek.

Other honorees include Roberto Llamas, executive vice president for human resources and community empowerment at Univision Communications Inc., who will be receiving the Media Advocacy Award. Rick Ramirez, senior VP of targeted marketing for Warner Bros., will be honored with the Industry Pioneer Award.