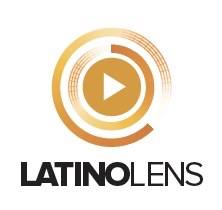 The National Association of Latino Independent Producers proudly announces the selected group of content creators to be considered for the 2015 Latino Lens Narrative Shorts Incubator. Out of a competitive pool of applicants, several producers, directors and writers were selected to participate in the second round of this short incubation program.

This particular production series and incubator is supported by Time Warner Foundation and National Endowment for the Arts among other media and industry sponsors. Keeping with NALIP’s mission to foster and promote Latino media artists, the Latino Lens: Narrative Shorts Incubator program, with a submission call will select 3 short narrative film scripts from Latino content creators. Each short film will present through a creative approach and independent focus, a storyline of 3-10 minutes long that will be provided pre-production, production, and post-production tools, resources and assets to support the successful completion of each film while later working with them on distribution strategy and outlets. Before we select the 3 short narrative film scripts, we would like to invite the filmmakers below to continue with the Latino Lens: Narrative Shorts Incubator program as part of the Second Round to be considered.

The National Association of Latino Independent Producers is a national membership organization, committed to helping Latino and Latina content creators with their professional goals. We seek to increase the quality and quantity of stories by and about Latinos, through professional development, community building, and mentoring.

GUIDELINES for those you made it into the second round.

Made possible by the generous support of: