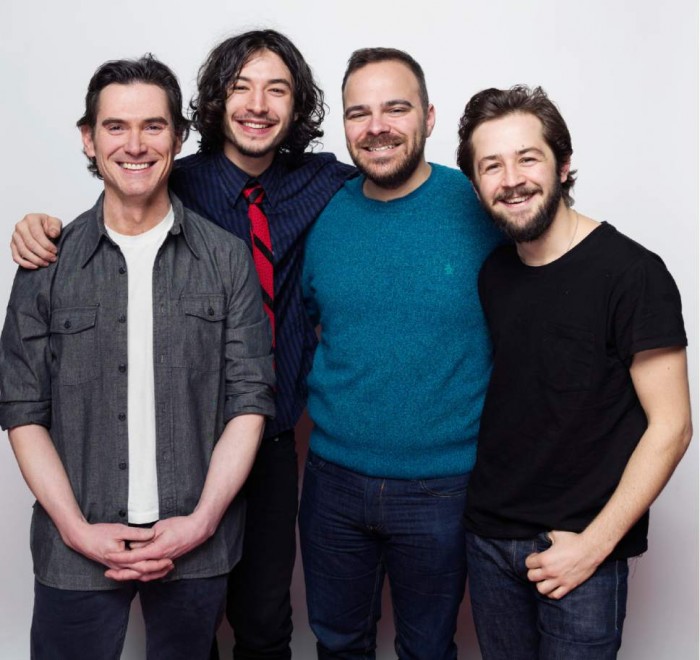 Following 10 jam-packed days of screenings, panels, press events, and parties, this past Saturday, the jurors for the 2015 Sundance Film Festivalannounced the winners. The chosen films, both documentary and narrative, featured stories about freedom of expression and denounced the racism that plagues our society. As the filmmakers picked up their awards — all from different countries — they gave impassioned and emotional speeches.

In the World Cinema Documentary Competition, the film The Russian Woodpecker was awarded the Grand Jury Prize. Director Chad Gracia dedicated the award to jailed Ukrainian filmmaker Oleg Sentsov. Even more powerful were the acceptance speeches by the film’s subject, artist Fedor Alexandrovich, and cinematographer Artem Ryzhykov, who called for the West to help Ukraine stop Russia’s military campaign.

Similarly heartbreaking were the words of those involved with the documentary 3 ½ Minutes, which took home the U.S. Documentary Competition Jury Award for Social Impact. The film focuses on African American teen Jordan Davis’ death and the terrible repercussions of Florida’s “Stand Your Ground” laws. Although director Marc Silver wasn’t present, producer Minette Nelson was very moved by the recognition and decided to let Jordan’s parents, Ron Davis and Lucia McBath, take the stage. Mr. Davis finished his loving speech in honor of his son by chanting one of the most important lines of our time “Black Lives Matter!”

Especially noteworthy was the heavy presence of U.S. Latino and Latin American filmmakers as well as Latino-themed films among those who received awards. Miami-based director Kyle Patrick Alvarez received the Alfred P. Sloan Award for his latest feature The Stanford Prison Experiment, which explores the effects of Dr. Zimbardo’s infamous psychology study that simulated a prison. “I share this award with screenwriter Tim Talbott who’s been working on this script for over 10 years. One of our strong efforts with the film was to try to present the experiment as truthful and accurate as we could,” said Alvarez. The film also won the Waldo Salt Screenwriting Award, given to Tim Talbott. Alvarez accepted the award on his behalf and added, “If you’ve written something you believe in, and it’s there in a drawer, don’t let it go away. Keep on fighting, for good material will always rise up.”