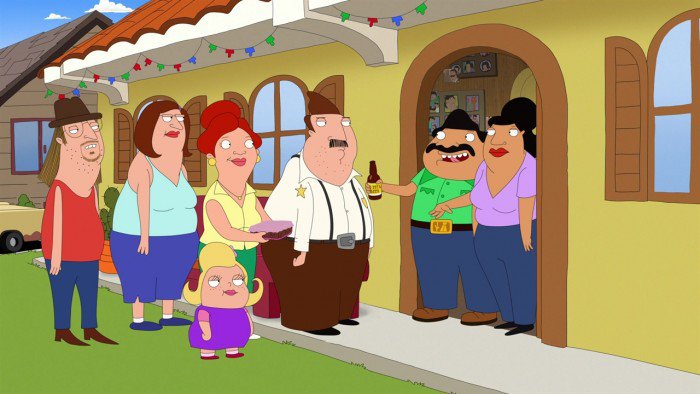 We already told you that Bordertown is coming in 2016. If you listen closely, in the distance, you can hear it approaching like a freight train, coming closer and closer to our cultural conversation. And that’s just how Bordertown‘s going to hit when it finally comes to screens next year: like a freight train.

Why? Because Bordertown is unapologetically on our side. In addition to sending up the U.S.’ hopelessly misguided immigration policy and red-state America’s irrational mistrust of Latino USA, Seth MacFarlane and company have brought on a handful of Latino voices to keep the writer’s room 100% auténtico including Gustavo Arellano, the man behind the nationally syndicated newspaper column, “Ask a Mexican!”

And if for whatever reason you had doubts, Bordertown‘s star writer and groundbreaking Chicano cartoonist Lalo Alcaraz had a chat with some fellow animation folks at the NALIP Media Summit and we got some juicy behind the scenes info from the production. From defending pochos to Korean colorists, Mexican mullets to different shades of pink, here are a few gems we picked up from Alcaraz’s hilarious turn at the mic.