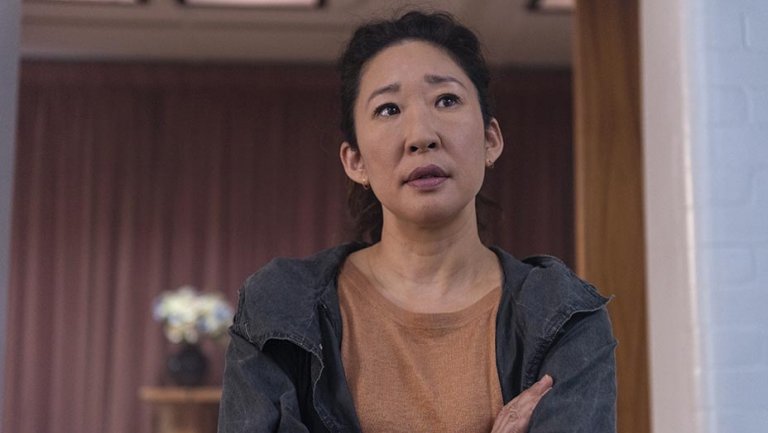 British writer Suzanne Heathcote takes over for Emerald Fennell as the Phoebe Waller-Bridge drama continues to pass the baton to a new female writer every season.

The morning after its sophomore return, BBC America surprised the Killing Eve stars on Monday with an early third season renewal. The news was announced Monday at a summit for AMC Networks (including BBC America and IFC) by group president Sarah Barnett.

In keeping with its new tradition of handing off the showrunner reigns to a new female writing voice, British writer Suzanne Heathcote (Fear the Walking Dead) will take over for Emerald Fennell, who in turn took over for creator Phoebe Waller-Bridge.

"We love having this show and the brilliant Sandra Oh, Jodie Comer and Fiona Shaw on our networks,” Barnett said. “Phoebe Waller-Bridge and Emerald Fennell have delivered two addictively entertaining seasons. As we did last year, we’re renewing Killing Eve right out of the gate, now with Suzanne Heathcote as lead writer, as a sign of confidence — we adore this show as much as our fans do.  Killing Eve doesn’t do anything in a templated way; we love giving opportunity to three genius women to make their mark.”

Season one bucked the downward ratings trend and rose week to week — a rarity in the era of DVR and streaming. The series, which stars Oh and Jodie Comer as an MI6 operative and psychopath assassin, wrapped with weekly ratings growth in both the adults 25-54 and 18-49 demos — a feat no other series has done since Nielsen launched the live-plus-three-day ratings measurement. Season two returned Sunday and was simulcast on both BBC America and the wider-reaching AMC.