John Leguizamo and Elizabeth Rodriguez to Star in '11:55' 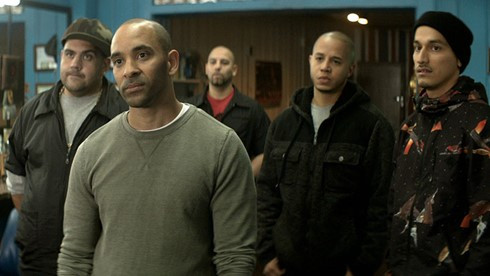 Gritty action, compelling family life and the wrong end of revenge are just some of the elements featured in the upcoming, Latinx-led film ‘11:55.’

Part of the 2016 Los Angeles Official Selection, the film stars Victor Almanzar as US Marine Nelson Sanchez, who fled his neighborhood years ago when he killed a local drug dealer. After Sanchez returns home to his family, which includes Elizabeth Rodriguez and Julia Stiles, the brother of the deceased sets on a path of revenge against Sanchez. Refusing to flee again, Sanchez recruits help from fellow Marine veteran (John Leguizamo) and his drug-dealing godfather (David Zayas), according to Remezcla.

‘11:55’ will mark the feature directorial debuts of Ari Issler and Ben Snyder. According to Variety, Almanzar also co-wrote the script, pulling from his personal experience as a US Marine who joined the military to avoid joining the violence in his community.

The film was first screened at the 2016 Los Angeles Film Festival where Gravitas Ventures secured the North American distribution rights, according to Deadline. It'll be released in theaters on June 9th and we’ll definitely be there to catch this Latino-studded tale of redemption and revenge.