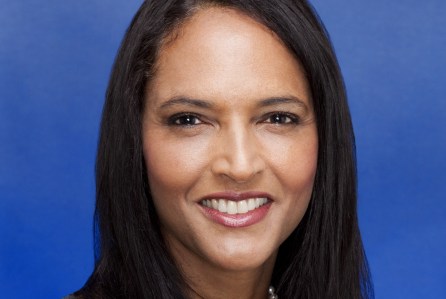 As audiences continue to change, NALIP is excited to see studios committed to developing initiatives dedicated to diversity and inclusion. Recently, Universal Filmed Entertainment named Janine Jones-Clark SVP of Global Talent Development and Inclusion department. We believe this effort to embrace a more diverse culture will increase the quality of the studio’s work and allow it to continue expanding its audience. As viewers, we have the power to encourage change in Hollywood.

Universal Filmed Entertainment Group has named Janine Jones-Clark Senior Vice President of the company’s newly created Global Talent Development and Inclusion department. Jones-Clark will be responsible for advancing the studio’s diversity efforts both in front of and behind the camera and within the company organization itself, reporting directly to Universal Pictures Chairman Donna Langley. She’ll assume her new role effective January 6.

“As our business becomes increasingly global, building on Universal’s legacy as a studio that is committed to telling stories and creating art that reflects the vast diversity of our audiences is top priority,” Langley said in a statement. “Janine comes to Universal with a strong track record and deep understanding of how to develop effective initiatives for identifying and cultivating diverse talent. We are deeply pleased to welcome her to our leadership team and with this appointment, look forward to escalating our progress in these areas.”

Jones-Clark most recently served as Executive Director, Creative Talent Development & Inclusion at Disney/ABC Television Group, working closely with her department head to redesign and lead the Disney/ABC Writing Program and the Disney/ABC Directing Program, while also working to staff diverse and female writers and directors at all levels across the television group, and create departmental and multi-cultural initiative branding efforts. Jones-Clark’s previous roles include Senior Vice President of Development at Slamdance Film Festival/Orly Adelson Productions, a deal through ABC Studios; Vice President of Primetime Publicity and Vice President of Current Programming at The WB Television Network.

A University of California, Berkeley alum, Jones-Clark began her career with publicity executive positions at NBC and Fox.

In her previous roles, Jones-Clark has worked with her departments to lead multi-cultural branding efforts and staff diverse writers and directors at all levels. Now, she will be responsible for furthering Universal’s diversity efforts not only on and off the screen, but also within the company organization. Some of these efforts include overseeing and expanding critical partnerships and strengthening employee development and recruitment.

Check out this article at Deadline