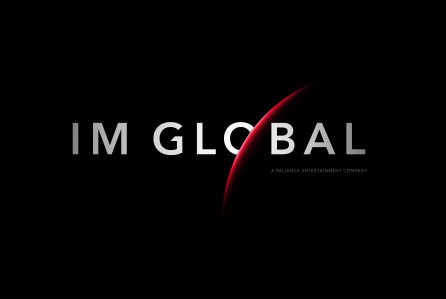 Bobadilla and Guzmán will oversee the Literary division and Talent division respectively, with the goal to build on the extensive Latino talent base represented by the duo – including Instructions Not Included writer-producer Eduardo Cisneros  and expand into the multicultural market. The venture fits in strategically with IM Global’s interests, especially Mundial, its Latino film sales and financing joint venture with Canana Films, as well as the IM Global TV division, launched last year by former Syfy president of original content Mark Stern, as well as IM Global Music.

“As a producer, financier and distributor we are committed to creating multicultural content and exploiting it globally,” said Ford. “Our partnership with Carlos and Brandon in Valor Entertainment will enable us to build even deeper talent relationships in this field and hopefully expand our Latino, urban and multicultural footprint yet further.”

Deadline can also reveal that the ambitious Ford is actively looking to take IM Global into direct distribution in emerging markets such as Turkey and the Middle East. It is a measure of how far the company has come in the than less than ten years since Ford launched it in 2007.  A game-changing investment by Indian media giant Reliance in 2010 for a majority shareholding gave Ford the building blocks to turn the company from a struggling indie sales agent into a genuine player. At this year’s Cannes, for example, the company’s slate includes new projects with Alicia Vikander and Tom Hanks (The Circle), Tom Hardy (Journey to Samarkand) and Spike Lee’s musical comedy Chiraq. Other filmmakers with projects being sold at Cannes by Ford and his team include Martin Scorsese (Silence), Gary Ross (The Free State of Jones) and Billy Ray (Secret In Their Eyes).

“It definitely helped change perceptions of us as a company,” says Ford about the Reliance investment. “In a highly volatile entertainment industry, it showed we were a viable long-term prospect.”

Ford also closed a senior credit facility with Silicon Valley fund White Oak Advisors at end of last year, which will be used for corporate expansions such as library acquisitions, territorial distribution and strategic investments. For a company with global in its name, Ford’s banner now has arguably the most diverse offering compared to peers such as Sierra/Affinity and FilmNation. In addition to Mundial, IM Global handles Reliance’s Indian content internationally, as well as an output deal with China’s largest private film group the Huayi Bros to handle international sales on their Chinese films. That approach may put the company in good stead as international markets- both theatrically and in terms of finance- continue to rise in importance.

“We believe in the value of niche content globally,” says Ford. “It’s a priority for us to enhance the value of the business. That includes owning our own IP, libraries, to be international facing and eventually to have our own distribution capability in certain territories.”