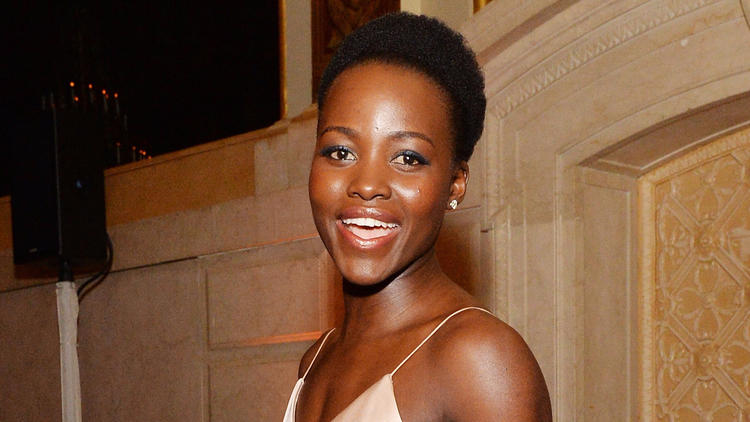 A movie awards season that's shaping up to be about diversity will get a fitting kickoff at this year's Toronto International Film Festival.

The early Oscar bellwether will feature a number of stories by and about underrepresented voices. Most notably that means women, with seven of its 19 galas directed by female filmmakers, a festival record.

Beginning Sept. 8, TIFF will also feature films by and about people of color, according to organizers, who announced the first round of films Tuesday. This includes the world premieres of  “The Magnificent Seven,” Antoine’s Fuqua’s remake of the John Sturges classic that now stars Denzel Washington and Ethan Hawke (and opens the festival); Mira Nair's Ugandan chess tale "Queen of Katwe" starring Lupita Nyong'o and David Oyelowo; George Nolfi's "Birth of the Dragon," about the origins of Bruce Lee, and "Barry," Vikram Gandhi's look at the formative Columbia University years of President Obama.

"The whole industry is talking about inclusion in a way it hasn't in a long time," Toronto artistic programmer Cameron Bailey said in an interview. "We never want to say '[diversity] is the goal' because I don't think that's the right way to do it. But we do want to make sure we're paying attention and maybe looking more deeply for stories that will help continue that conversation."

Toronto is one of North America's largest festivals and, with key post-Labor Day positioning, one of its most influential. The arrival of the festival marks the end of the summer tent-pole season and begins Hollywood's all-important fall moviegoing period.

This year, in addition to "Katwe," the female-directed films in the high-profile galas section include the French director Rebecca Zlotowski's "Planetarium," a supernatural picture starring Natalie Portman and Lily-Rose Depp set in 1930s France; Bronwen Hughes' "The Journey Is the Destination," about slain photojournalist Dan Eldon; “The Edge of Seventeen,” Kelly Fremon Craig’s teen dramedy that will close the fest; and Lone Scherfig’s "Their Finest," aptly about a World War II-era female screenwriter (Gemma Arterton) trying to get a movie made.

In the special-presentations category, Susan Johnson's teen-prodigy dramedy "Carrie Pilby" will make its world premiere; the film stars Bel Powley as a character who’s very much the opposite of her libertine heroine in breakout "The Diary of a Teenage Girl" and could earn comparisons to a past coming-of-age Toronto breakout, “The Perks of Being a Wallflower.”

Race will also make its presence felt in a host of period pictures, including a world premiere for Rob Reiner's "LBJ," which focuses in part on the 36th president's effort to pass the Civil Rights Act.

And Toronto will bring the reprise of two fact-based race-themed dramas likely to dominate the conversation this coming season: Nate Parker's "The Birth of a Nation," which premiered at Sundance, and Jeff Nichols' "Loving," which debuted at Cannes.

The presence of so many movies about and starring people of color will likely give the festival and the season that follows a different feel than last year, when the 20 acting Oscar nominees did not include any ethnic minorities.

Films about charged modern news events along the lines of last year's Toronto breakout "Spotlight" are also on the docket this year.

As usual at Toronto, splashy celeb-centric pictures will be in play. Among them are "Arrival," "Sicario" director Denis Villeneuve's foray into sci-fi with the help of Amy Adams (it is expected to be at Telluride); Ben Younger's boxing drama "Bleed for This" starring Miles Teller as the embattled former champion Vinny Pazienza (ditto); Tom Ford's sophomore film effort "Nocturnal Animals" starring Adams and Jake Gyllenhaal (a world premiere); and Venice opener "La La Land," in which Damien Chazelle directs a Los Angeles-set musical with Ryan Gosling and Emma Stone.

And celebrities of a different sort will reunite when Fred Willard, Parker Posey, Bob Balaban and the rest of Christopher Guest’s crew appear in the filmmaker’s “Mascots,” a world premiere about competition among a group of sports mascots. (They compete for the Gold Fluffy.)

Thanks to its place on the calendar, Toronto strongly sets the Oscar agenda to follow. A number of films with awards hopes could see their fates determined by their receptions north of the border.

“Queen of Katwe,” from Disney, will be a title to watch given its presence of past award-season favorites, “Magnificent Seven” will quickly establish whether its big names and well-known title position it for awards. And whether “La La Land” — directed by “Whiplash” filmmaker Chazelle — could be as much a darling of voters as it is Gos-heads will be determined when the film completes its likely Venice-Telluride-Toronto trifecta.

Though he downplayed the idea that Toronto measures its success by how many films it springboards to Oscars, Bailey said the festival does take its mission for prestige fare seriously.

“We have a great spot on the calendar,” he said. “We’re lucky to be placed in the fall, at a point when audiences want substantial, high-quality films after the summer popcorn season.” That this summer’s popcorn has tasted stale to some viewers will up the anticipation for, and pressure on, the 2016 Toronto slate.

Tastemaker eyes will be particularly trained on the Hollywood companies Participant Media and Open Road, which last year rode an exceedingly strong “Spotlight” screening — it was the first in which the real-life journalists appeared — all the way to the best-picture podium.

This year, Participant brings “Denial,” “Deepwater” and Spanish genre master J.A. Bayona’s English-language “A Monster Calls” to Toronto; Open Road has “Snowden” and “Bleed for This.”

Meanwhile, a number of other wild cards will be thrown into the mix. They include Marc Forster's thriller “All I See Is You,” which involves Bangkok, blindness and Blake Lively an Ewan McGregor’s directorial debut, “American Pastoral.” Lionsgate’s fall release stars McGregor and Jennifer Connelly and may be the first time Uzo Aduba and Philip Roth are combined in one film.

Over the past nine best picture winners, eight have played Toronto. But the fest has faced increased competition from several festivals, including Telluride preceding it and New York that follows.

Two years ago, organizers enacted a policy in which films that play Telluride won't be eligible for a spot in the first four days of the fest, a policy that remains in place this year. Last year distributors behind what would be two of the bigger seasonal breakouts, "Room" and eventual best picture winner "Spotlight," opted to screen at Telluride and take a post-weekend slot.

Meanwhile, some films, such as Steven Spielberg's "Bridge of Spies," choose to sit out all early fests so as not to peak too soon; "Spies” debuted at New York in October.

"The weekend means a lot but so do the other slots, which you saw from 'Spotlight' and 'Room’ last year," TIFF’s Bailey said, noting their warm receptions. "I don't think there's a formula anymore for a movie to go on to award success. We just want to program the best films and bring the public, the media and the industry together in a way I don't think you see at any other festival."