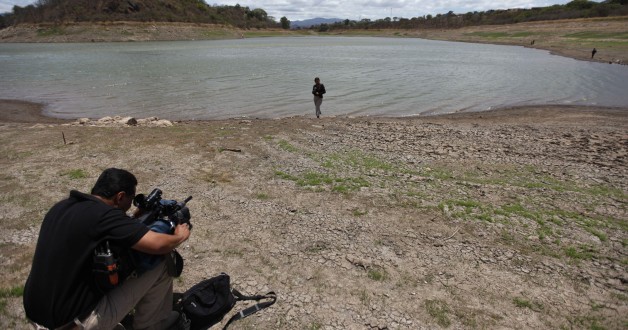 Latin America has a long, fractured, and ultimately failed history of public media. So-called “public media” typically functioned as government-controlled institutions for spurious goals – propaganda and clientelism – rather than quality content in the service of multiple public interests.

Without exceptions, every country has had state-owned broadcasting stations and newspapers that were considered “public,” which has been generally understood as not owned by private parties. However, it has never been clear what “public” means or who was the public media supposed to represent.  No country ever developed stable public media at the core of their communication systems. Each government basically appropriated public stations and newspapers as PR branches of the Executive.

Without clarity about its mission in a region subjected to cycles of democracy and authoritarianism, the prospects for public media have remained dim.

Confusion still persists. Today, many actors speak about the “public media” but without a single voice. Some governments insist in understanding “public” as their own media properties used for partisan benefit. Conservative and populist administrations have recruited state-owned media to the frontlines of their information fights with oppositional media. Other governments continue to identify “public media” with highbrow and educational content ignored by the commercial behemoths that dominate the industry.

In media landscapes dominated by private media, however, few bright experiences in public media stand out. To mention a few: Mexico’s Canal 11 and Chile’s Television Nacional have produced successful programs without giving up on public ideals. Canal Encuentro and Pakakapa, run by Argentina’s Ministry of Education, have received well-respected accolades for their quality programming. Ecuador’s state-owned newspaper El Telégrafo has published critical stories and successfully fended off government attempts to influence content. The Empresa Brasil de Comunicação, created in 2007, has made significant strides in ts commitment to principles of political autonomy and diversified production. These are important yet exceptional cases amidst dozens of publicly-owned stations and news agencies ran as partisan and personal piñatas across the region.

What remains under question is the mission of the public media in a multilayered and changing media ecology. A coherent vision is needed to dispel misunderstandings and ground the media in truly public ideals. Their purpose is to meet the communication demands of multiple publics and democracies burdened by social inequalities, violence, and political conflict. Public media should cultivate common spaces for dialogue across deep political, social and cultural differences. Also, they need to address market failures caused by the disinterest of private media in content that doesn’t deliver instant and large commercial success. Failures are many: they range from the absence of quality, evenhanded, investigative news scrutinizing power abuses by governments and companies to content that reflects the lives of citizens in multicultural democracies.

But even if the mission of public media would be clear, its political future is uncertain under the present conditions.  Public media systems in Western democracies were developed and consolidated at a time of media scarcity and significant consensus among governing political parties. They enjoy a “first-mover advantage” before the unprecedented proliferation of channels and digital platforms. None of these conditions exist in Latin America. In many countries, political polarization and party fragmentation make consensus improbable. Political elites are generally pretty satisfied with striking quid pro quo deals with private media and/or directly owning media companies. The coming of digital television is poised to drive further the fragmentation of audiences and content.

Without a strong and committed movement of citizens and political elites, the future of public media is bleak. Any media model needs champions to be successful. Private media has influential advocates with deep pockets – private companies that have dominated media markets for decades. Government-run media have powerful sponsors, too – officials who instrumentally benefit from controlling loud and expensive megaphones. Even community media has a substantial movement behind as reflected by the success of legislation recently passed in Argentina, Ecuador and Uruguay. Public media, however, lacks an organized and powerful movement able to influence legislation that ensures autonomous management and provides appropriate funding that keeps partisan and commercial interests at bay.