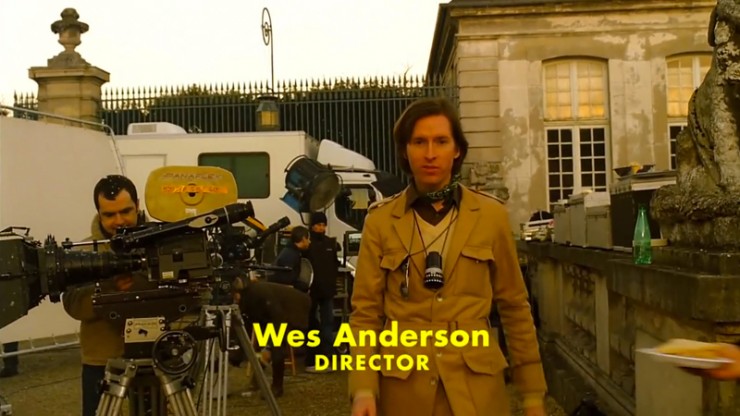 Professional commercial directors can make about $30K per shoot day, which—let’s face it—is no small chunk of change for your average indie filmmaker. In order to create the financial freedom to build feature film careers, many indie makers aspire to get involved in some aspect of commercial production.

Kelly & Cal director Jen McGowan has been behind the scenes on ad shoots for almost 20 years, during which she has shot in four countries, with everyone and everything from chimpanzees to the New York City Ballet to P. Diddy. However, though some bigger name directors like Wes Anderson and Michel Gondry have tried their hand at commercial directing, the industry is not easy to get a foothold in (especially for women, as Mashable reported). In fact, in her entire career, McGowan has worked with only three female directors and one director of color.

With the stakes high, but the odds stacked against newcomers, No Film School asked McGowan for her insider perspective on how the industry works—and how you can get a leg up.

NFS: What does it mean to be a commercial producer? What do you do?

NFS: How do the directors get hired?

McGowan: The brand hires the agency, the agency goes out to production companies with their boards, and the production companies present directors who are on their rosters. The agencies select directors to present to the brand, the brand chooses a director, the director gets hired. The director usually has a producer that they work with on a regular basis. Then, they execute the shoot.

NFS: How does someone get represented by a production company?

McGowan: You have to have a series of spots on a reel. The thing about the commercial world is it's super specific and literal.  For example, I saw this post on one of the commercial listservs that belong to: "I need a director that has Rube Goldberg experience." You know those Rube Goldberg machines? That specific.

But there are areas to break in if you’re willing to be specific. For example, I'll tell you where there is an opportunity for directors to work: tabletop directing. Think close-ups of water pouring out of a bottle cutting to into a glass, an ECU of a set of a woman’s manicured nails. Highly art-directed food, toys, or other products  Basically a bunch of close-up shots.

NFS: Wow, so it doesn't matter if the director has any sort of creative vision as long as they shoot the very specific thing that the company wants to sell?

McGowan: I am not kidding you. It’s just a different world than features. In the Rube Goldberg case, they wanted someone that had that on their reel so that they could do another thing exactly the same [way]. It's very frustrating for young directors. They're like, "I don't want to be put in a box." I'm like, "No, you don't understand. You need to put yourself in a box."

NFS: What do you mean by that?

NFS: Can a reel contain spec commercials and still be effective?

McGowan: Absolutely. But if you are doing a spec with a known brand, you'd better be speaking the language of that brand.

Take Dove. It is a known brand. You understand the feeling of Dove. You understand what they're communicating. You don't do a Dove commercial and use punk rock music and cast all boys. You need to think properly for the brand. By the way, like all things in life, there are exceptions, but this is the general rule in this world.

NFS: But you do hear about indie directors making commercials, especially documentary people.

McGowan: Documentaries are slightly different because they are a genre in and of themselves, like cars are a genre. Music is a genre. Babies are a genre. Tabletop is a genre. You want to be able to brand yourself as precisely as possible, so the best thing somebody could do if they want to work in commercials is to create a reel of three to four commercials that speaks clearly to their brand, of what kind of commercial director they are. And it needs to be high-quality. This is something that filmmakers really don't understand. Unless they're doing comedy, they have to have high production values, particularly in commercials. And if they’re doing comedy, it better be funny.

Look critically at the quality of your work. I don't mean in terms of creativity. I would never judge anyone else's creativity. But in terms of quality, ask yourself, “Does this actually look like anything on television, or in a theater? Is this something better than to just show my friends and my family?” Because if it's not, don't show it to people!

NFS: Aside from just money, what are the pros of trying to break into commercial directing?

NFS: So it's like a whole indie film micro-budget just for the camera department for one spot.

McGowan: Yeah, that's fun to work like that. It's great to work with a big crew, a professional crew that knows what the fuck they're doing. It's amazing.

It’s funny because I had an interview on the film side of things a couple months ago. An executive said to me, "Oh, you must be used to working with smaller crews." I thought, "What?" Why would he say that? I thought that was so weird. And then I realized, it was because he saw me as an indie filmmaker and doesn't know that I work in commercials, too, because I keep those worlds very separate. But I am much more comfortable on crews of 60 or 70 than I am on these little cut-down indie film crews. The smaller crews stress me out.

NFS: When thinking about what production companies to approach after you’ve made your reel, is the AdAge Production Company A-list a good place to start?

McGowan: Oh my god, yeah. Those are the top companies. But there are tons others too. Just do your research.

NFS: How would you go about getting your reel in front of them?

McGowan: You just need to reach out and cold call, but you need to test out your pitch and your reel on the companies you’re less interested in first. If you have your list of 10 people that you want to go to, put them in order of importance and work your way up. Because if you get three no's in a row, don't waste your A people. Start again.