NALIP’s upcoming Latino Media Fest will bring together Latino filmmakers, industry reps, executives, and film aficionados for a 2-day event. This 13th and 14th of October, NALIP will feature premieres, screenings,  speaker panels, and star-studded awards ceremonies. Everything from short films and TV/Streaming pilots, to documentary shorts and tech narratives will be in consideration for screening, inspiring Latino creatives to continue moving their projects forward in front and behind the camera.

But how has Latino Media Fest helped past attendees expand their filmmaking careers? Could NALIP help you follow a similar path? Read more to find out!

Where are they now?

Last year’s LMF featured several Latinx female directors and producers. Among them was María Alvarez, an internationally recognized Cuban-Dutch filmmaker whose short film, Split Ends, was premiered as part of the Official Selection. Currently, María works as a freelance director and photographer in the music video and film industry. Her latest project consisted of the behind the scenes direction of Coldplay’s Higher Power music video.

Another filmmaker currently participating in the music video industry is María del Mar Rosario, whose short film Nymph screened as part of the 2020 LMF Official Selection. Her most recent directorial project: A music video for Alea’s No Me Apaga Nadie. Another 2020 attendee, Sofía Camargo, was the 2020 winner of the Jeff Lima Production Award for her upcoming short film, First Communion.

The 2019 Latino Media Fest also saw the presence of empowered female directors. Zoé Salicrup’s work was featured in that year’s official selection. Her 2019 short film MARISOL won the HuffPost Social Impact Award, and is now available on HBO. Additionally, Gandja Monteiro has found a place in the TV Streaming industry. After directing episode 303 of Showtime’s acclaimed series THE CHI, Gandja was hired as the Producing Director for the show’s upcoming fourth season, of which she will also direct four episodes. 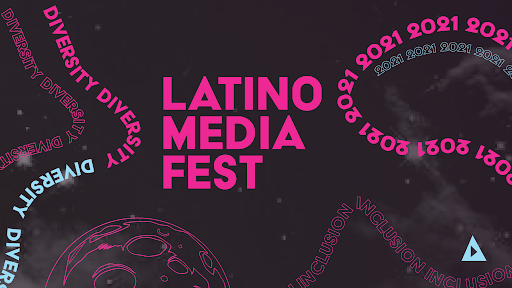 It doesn’t stop with directors. A handful of past LMF attendees are making their presence known in the producing world. Mariona Lloreta is a Catalan-American interdisciplinary artist whose experimental short film, A lua nunca morre, screened as part of the 2019 LMF Official Selection. Mariona has directed two documentaries and one experimental film in 2021. She is currently working on her first feature film and producing several female-led, international projects.

Alex Gonzales, a graduate from San Francisco State University had his senior thesis screen as part of 2019 LMF. He currently works as a freelance filmmaker for the creative group Salsa Verde Productions. Additionally, Cristy Trabadass, whose short film Baked Goods premiered through NALIP that same year, is working as a producer on Silent Partners, a crime drama currently in post-production.

A final honorable mention is due to Andrew and Nate García, better known as The García Brothers. Their short film, Hero, screened in a handful of festivals, including the 2018 Official Selection.  Since then, the brothers signed with APA in Beverly Hills, and are currently working on their first feature film.

Where is LMF going to take you?

The value(?) of organizations like NALIP and events like the Latino Media Fest goes without saying. As evidenced by the inspiring array of talent and success of previous attendees and Official Selection participants, ,you could be next on this list! Is your project ready to be showcased to industry professionals? Submissions close September 12th at 11:59pm. Now is the time to submit to the 2021 Latino Media Fest!

LEARN MORE ABOUT THE 2021 LATINO MEDIA FEST AT LATINOMEDIAFEST.COM