GOOGLE, SAMSUNG, AND FACEBOOK HAVE ALL INVESTED IN VR. NOW THEY NEED HELP SELLING IT TO THE PUBLIC. ENTER HOLLYWOOD.

The Valley has a looming problem. In 2013, Facebook spent $2 billion on the virtual reality headset company Oculus VR, and suddenly, virtual reality—once just a glorified hobby with an unknown ship date—became a real thing with a real product attached, one that's expected to hit shelves in 2016.

So what’s the problem? We know VR video games and sports broadcasts are a sure thing, but what about the $30 billion movie industry? Can the tech industry tap Hollywood's talents to turn VR into a financial juggernaut? And can Hollywood still tell a story when the viewer is the director? 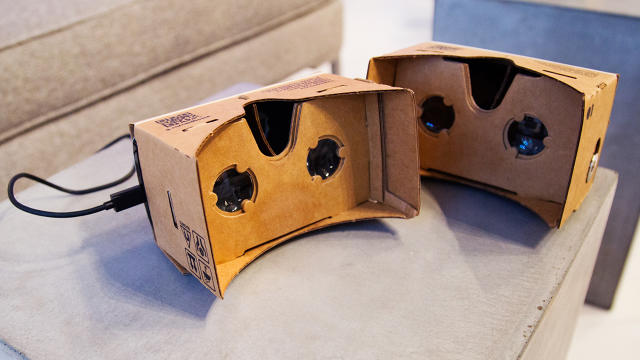 It’s this very question that’s driving valley companies to hire Hollywood creators to pioneer the new medium, like Samsung, which founded its own virtual reality video service Milk VR, to fund and coordinate the production of VR content. With hundreds of millions of Samsung smartphones on the market, Samsung sees an opportunity to turn their own customers into VR junkies, using a relatively simple adapter that glues a smartphone onto a viewer's head.

"We’re a device company. We looked at VR as something that’s starting from 0 but has enormous growth potential. We saw we’d have an early device, and what we didn’t want to do is what we’d always do: put a device out that’s brand new and nobody has ever tried, and have no content on it," explains Samsung Milk VR executive, Matt Apfel. "We don’t want this to be 3-D TV all over again, where the leap forward in consumer experience [i.e. normal old movies were just converted to or shot in 3-D] wasn't great enough to justify the 3-D TV purchase."

Overcoming the Technical Problems
As Apfel puts it, Milk VR creates "arranged marriages" between companies working on the cutting edge of hardware, like 360-degree camera systems, and companies that are very good at telling stories, like Skybound Entertainment, producers of The Walking Dead. Skybound is producing a secretive new series for Samsung that will premier in 2016.

"Shooting a movie or TV show is incredibly tough under the best of circumstances," explains Skybound producer David Alpert. "[With VR], the basic things you learned from your experience no longer apply from a technical perspective, and there’s not a body of work you can point to saying, ‘We want it to be like that or like that.’"

Justin Lin, who has directed four The Fast and the Furious movies, co-founded a production company, Bullitt. He was joined by the former COO of Caviar, an international production company, Todd Makurath, and with the Russo brothers, who co-directed Captain America: Winter Soldier and several upcoming Marvel films. Their mission statement is to be a branded entertainment production company. What that really means is that they’re creating content for advertisers of any sort—including a new, live action short that will debut this week at Google I/O.

"We got hands on with these devices and were just posed the question, ‘What would you do with that?’" Makurath says. "It was at that moment, Justin looked at these animated films from Pixar and said, ‘These are amazing, but I don’t do animation. I film live action. I do big action movies with effects and energy. If I were to do something here, I’d love to do a big live action chase movie with a giant monster.’ We could see around the room that everyone was getting excited. They said, ‘That sounds amazing, can you do that?’ In that moment we realized, we were at the beginning of how to create content for these new technologies."

Google hired Bullitt to produce the short, but Bullitt would need to engineer a way film a movie where the viewer could look around, building their own 360-degree VR camera and capture systems, post-production workflows, and playback. The finished master alone was impossibly large 8K x 4K resolution—about four times the resolution of a Hollywood film master. Its 8 terabytes of data would require 160 Blu-ray discs. "That’s a big concern of VR," Marukath says. "You’re dealing with an exponential amount of increase in data required for any given moment of a film."

Creating A New Cinematic Language
As daunting as a 160-Blu-ray film sounds, most of the creators I spoke to agreed that the technical aspects of VR storytelling would work themselves out relatively quickly. The larger problem is equal parts practical and philosophical: How can you direct a story inside a medium where the viewers can look anywhere they like?

"When we’re telling a mystery, if I don’t want you to see a clue in the room, I just don’t point the camera that way. In VR, I don’t know which way the viewer is looking," Alpert says. "I think that challenge is the essential, fundamental challenge of working in VR as opposed to linear narrative."

Indeed, filmmakers have spent the better part of a century developing the language we effortlessly understand when watching a movie. Directors can aim the camera, sure, but they can also create themes through montage, transport the viewer across the world in a second by cutting in on a scene, or stretch one minute of a ticking bomb into 10 minutes of drama. In VR, these tricks don’t exist yet.

Saschka Unseld is a former artist, animator, and director at Pixar. He is now the creative director at Oculus StoryStudio, the Facebook-owned production studio, composed of ex-Hollywood creatives who are building virtual reality narratives inside a video game engine. The importance of this new cinematic language couldn’t be overstated, he said, but it could take 20 years before VR narrative reached the level of sophistication of the film industry.

"There are loads of stories out there saying, ‘It’s here! The future [of VR] is here and it’s now!’ And that sets people’s expectations up, seeing the first thing [in VR], and asking, 'Where’s the Holodeck?'" Unseld says. "And that feels frustrating, because we're saying it’s the first step, and we’ll take another step, and another step." 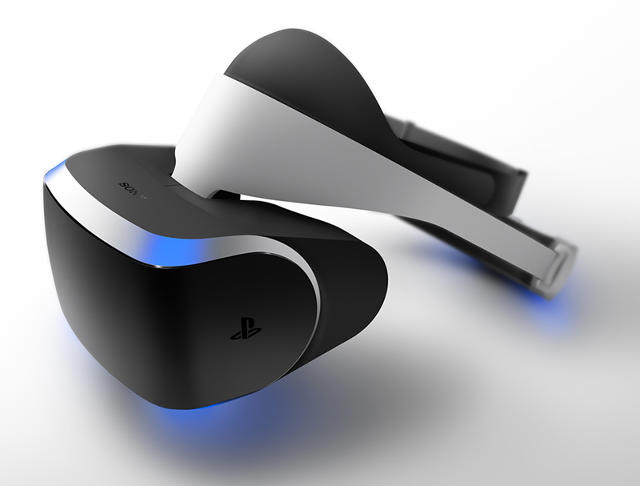 StoryStudio is slowly building a grammar for VR storytelling with each new project it releases. They realized, for instance, that viewers are inevitably distracted when they land into a new VR environment. So designers needed to pad time for viewers to explore the world before the story begins, and then they needed to create a signal for when the story is about to start.

The studio’s latest release was an interactive short called Lost, which beckoned viewers to follow a firefly on an adventure through a forest.TechCrunch complained that while it was beautiful and immersive, you could easily miss the story if you didn't follow the firefly.

Indeed, we are in the early days of VR narratives, and the limited perspective of that firefly may prove to be a useful tool in the future. Many creators I talked to referred to VR’s potential in producing multiple storylines, even within a single live action video. "Someone will say, ‘Did you see when that monster jumped on that building?’ And they will say, ‘No, but did you see the cop and what they were doing with that girl?’ Marukath explains. "You might prey on the fact that they’re going to miss something if they look in one direction." Bullitt is currently working on a live action VR espionage adventure, in which you know that a mole is in your midst, but you can’t possibly follow every conversation in the room at once.

To most of us used to watching movies and TV shows, these branching stories within stories may feel like foreign ideas. But elements of them already lurk inside many high-end productions, and VR could allow Hollywood the opportunity to take them even further. "When we work with the best production designers, everything on a set has meaning, and sometimes the camera doesn't even look at it," Alpert says. He points to his experience producing the pilot episode of The Walking Dead as evidence. "There’s a long stretch of highway with abandoned cars. Our production team was so talented and intense that every vignette had a story. Half of them didn’t even make it onto camera! But you’d see, like, there was a little suitcase, big suitcase, this is a family. I remember walking the set with them, and they were telling me who’s in this car. It wasn’t in the script. It’s something they brought to the table so there was a narrative coherence."

Inevitable Confusion
Of course, for the purposes of my own storytelling, I’ve glossed over a lot of details—like that there’s no one hardware standard for VR, nor is there any standard way to control it yet. In fact, production companies like Bullitt are making VR films to work across the gamut, so they can be watched by someone aiming his head in a VR headset, or someone on a more traditional tablet.

But there's no guarantee that Hollywood is the solution to the Valley's content problem. Traditional movie and TV types never took the video game world by storm. Maybe they're not the visionaries who will prove the future of VR, either. Plus, with no rules or standards in place, how can companies explain this new field to a layperson who just wants to watch a new kind of movie? At what point is all this public experimentation actually a bad thing? 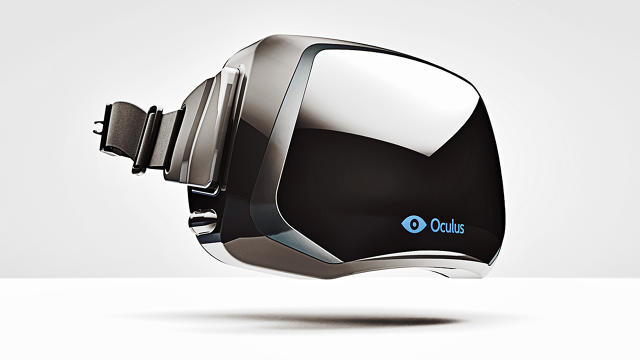 "There is a risk of consumer confusion, but getting folks to accept this, to adopt this consumer behavior, is the biggest issue. In the short run, we’ll take the tradeoff," Apfel says of Samsung’s efforts." There are 130 million people in America. Everyone over 13 has to try this device. You can’t just see it in a commercial."

Correction: An earlier version of this story referred to Milk VR as a production studio when it is a video service.

Check this out on fastcodesign.com