Non-profits are fighting to stay on top of the film industry's big priority. It's no easy task. 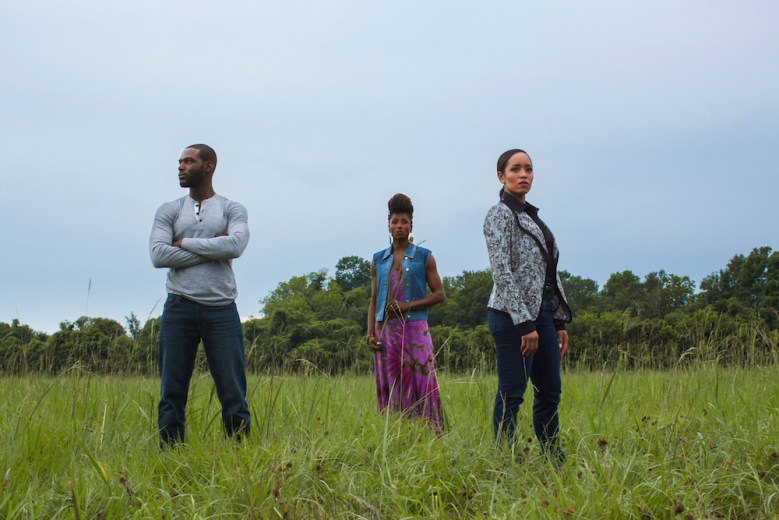 “Queen Sugar” Courtesy of OWN

“Diversity” may be a big buzzword for the film business these days, but for a lot of organizations, the challenges implied by the term are nothing new. While the Academy announced last week that it was inviting 683 new members—many from diverse backgrounds—to their vaunted club, the independent film side of the industry has long been fighting the good fight, with programs, grants and foundations focused on creating a more equitable entertainment ecosystem.

But how well are such initiatives working? “If we’re honest with ourselves, we have to realize there are a lot of well-meaning programs out there that are not having an impact,” said Film Independent’s Josh Welsh. “I’m at a point of great frustration. I am proud of what we’ve accomplished, but at the same time, these studies continue to come out every year that say the numbers in the industry are, as a whole, not really budging.” 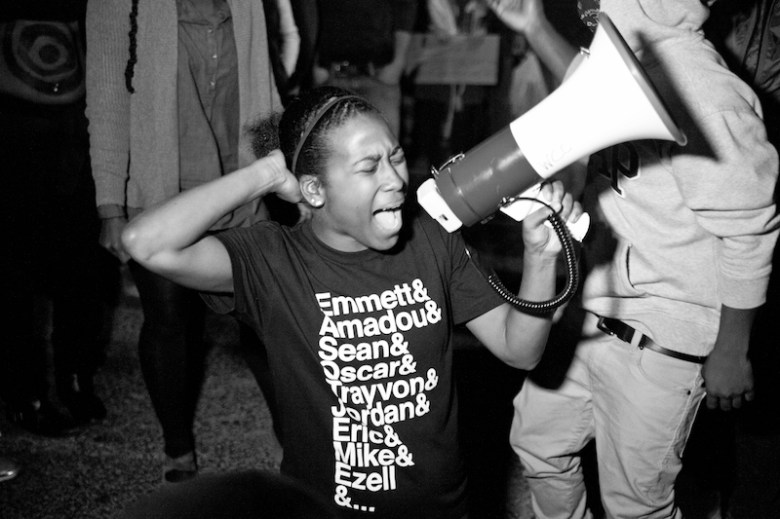 This year’s first ever Comprehensive Annenberg Report on Diversity, for example, stated that ethnic minorities constituted only 12% of film directors and only 9% of broadcast TV directors, while over half of all films and TV shows failed to include a single non-white character.

Despite many of the indie sector’s recent breakouts, from Ava DuVernay to Justin Lin to Nate Parker to documentarian Roger Ross Williams, there is still a lot more work to be done, say funders and filmmaker development organizations.

Don’t Just Open Your Arms; Do the Legwork

One significant problem is simply a matter of outreach.

“I have been disheartened by the lack of African Americans that have been applying to us,” said Sean Flynn, director of the Points North Documentary Forum, which recently announced the launch of its new umbrella organization, the Points North Institute.

Dedicated to nurturing the careers of “diverse nonfiction storytellers” through fellowships, grants, retreats, residencies, and its annual flagship event, the Camden International Film Festival and the Pitch Forum, Points North is yet another organization interested in tipping the scales.

But Flynn recently learned an important lesson about the diverse filmmakers they seek to support. “We can’t just sit back and hope these filmmakers come to us,” he said.

Last year, Flynn actively sought out projects by filmmakers of color, asking around to friends and colleagues, which eventually lead him to Damon Davis and Sabaah Jordan’s Ferguson documentary “Whose Streets?” which received initial support from Stanley Nelson and Marcia Smith’s Firelight Media.

The project ended up at the Points North Pitch Forum, and like many films which have found themselves anointed by one organization, it has since gone on to be supported by numerous others, including Macarthur, the Ford Foundation, the Sundance Institute, the Tribeca Film Institute, Cinereach, the Chicago Media Project, and Chicken and Egg Pictures.

But the first “get” is always the toughest. “There’s always just the basic problem of the social networks of the industry,” explained Flynn. “They don’t necessarily extend to a black filmmaker based in St. Louis.”

“Whose Streets?” co-director Sabaah Jordan admitted that when she set out to make the project, she and her fellow filmmaker Damon Davis “didn’t know how we were going to fund it or what we were going to make.” Fortunately, producer Flannery Miller knew about Firelight and submitted a proposal. “And that opened our eyes to what was possible,” said Jordan.

Similarly, Filipino-American filmmaker Jeff Unay was working totally under the radar until he applied and won the Tribeca Film Institute’s ESPN Prize for his project “Greywater,” which has since received support from a range of institutions, including the Sundance Institute, the Filmmaker Fund, Cinereach, the Gabriel Figueroa Film Fund, and the Points North Pitch Forum. 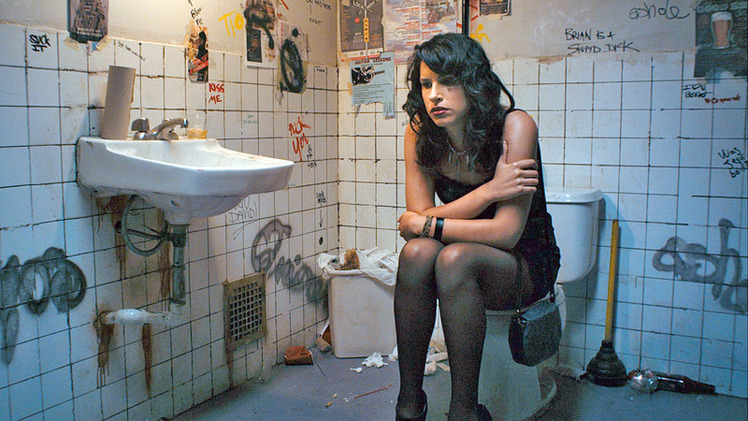 “I had zero contacts in the industry,” said Unay. “One organization that supported us said, ‘We always wondered where are the Asian filmmakers?’ And that’s when I realized that’s kind of sad, because I know there are a lot of Asian filmmakers out there.”

Jenni Wolfson, executive director of Chicken and Egg Pictures, which supports female non-fiction filmmakers, agreed that funders can’t wait for people to find them. “We do an incredible amount of outreach,” she said, connecting to organizations like Firelight, to look for African American filmmakers, and Greenhouse, for women from the Middle East. “We believe the storyteller is just as important as the story.”

According to Wolfson, Chicken and Egg boasts an impressive track record of supporting filmmakers of color—a goal that is incorporated into “our DNA,” she said. In addition to significant diversity within its Accelerator Lab, Chicken and Egg also has a specific Diversity Fellows Initiative, which brings together non-fiction projects helmed by first- or second-time filmmakers.

IFP New York also emphasizes geographic and racial diversity, reaching out to communities of color around the country, although it doesn’t have any specific programs based on race or ethnicity. “We want fair representation across everything we do,” explained IFP NY president Joana Vicente, “whether it’s filmmakers in the lab, or the slate of projects in Independent Film Week.”

Indeed, the numbers are promising. For IFP NY’s most recent Independent Filmmaker Lab, 55% of participants were from diverse backgrounds, and for the Screen Forward Labs 46% were “diverse voices.” Achieving that goal, IFP NY works with a range of partners, including industry colleagues, film festivals, film schools and fellow non-profits (such as NALIP, Film Fatales, and Blackhouse). Recent fellows include Chloe Zhao (“Songs My Brother Taught Me”), Desiree Akhavan (“Appropriate Behavior”) and Chanelle Aponte Pearson (“195 Lewis”).

Not Just Mentorship, But Money

On the West Coast, Film Independent’s Josh Welsh is proud of the organization’s 22-year-old Project Involve initiative, which focuses on filmmakers of color and touts a long list of distinguished alumni, including Effie Brown, Terence Nance, Cherien Dabis, Jon M. Chu, Jennifer Phang, Justin Simien and Nekisa Cooper, among others. While the program has given selected fellows a mentor and master classes, Welsh touts a relatively new addition to the program: money to make short films, which are often shown at Film Independent’s Los Angeles Film Festival.

“To amplify the effectiveness of the program, it comes down to money and resources,” he said. “They need community, access, and mentorship, but they also need money.” To double down on this belief, Film Independent will now give six filmmakers additional $10,000 unrestricted grants.

And they shouldn’t just be supporting directors and producers, according to Welsh. He sees immense value in Project Involve’s “Industry Track,” which boosts the next generation of distributors, programmers and publicists. “They are going to be the future gatekeepers,” said Welsh, “and the industry wants to hire these people.” 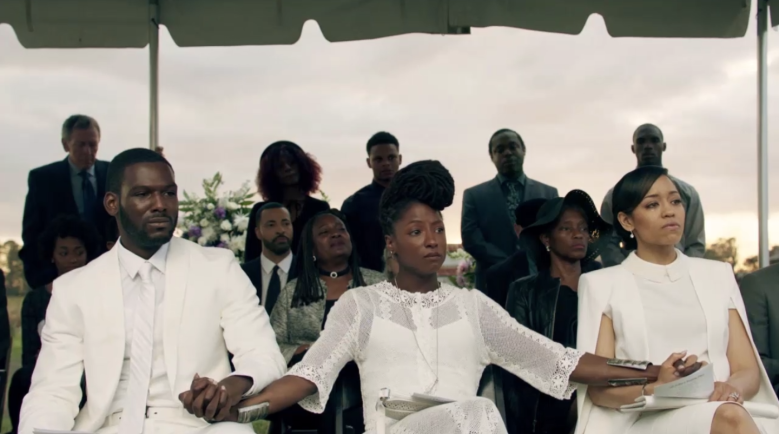 Welsh points to the ways in which Ava DuVernay has leveraged her position in the industry to bring about diversity to her own projects; on the new OWN original show, “Queen Sugar,” for example, DuVernay hired a bevy of black female filmmakers, including Neema Barnette, Tina Mabry, Salli Richardson-Whitfield, Tanya Hamilton, and Victoria Mahoney. Says Welsh, “At the end of the day, it comes down to who can hire and greenlight shows and films,” added Welsh.

Not Just Diversity, But Inclusion

Producer and engagement strategist Jennifer MacArthur, who is working on “Whose Streets?” and recently organized a two-day diversity forum at AFI Docs, told IndieWire that one of the problems of such initiatives is that they oftentimes become ghettoized and are not thought of “holistically,” she said.

While diversity programs can obviously help, Macarthur believes we need to move towards inclusion, “making it possible to think about women or people of color as representing a universal perspective, so it’s the same as a white male’s.”

But there’s more to it than that. “The hidden truth of it all,” continued Macarthur, “is that most successful filmmakers either have hidden trust funds or are married to people have money, so they can have a professional career as artists. So we have to rethink everything to be more inclusive, and that means people from those communities should also be helping shape these artists services programs.”

Non-profit support can also have an unexpected residual effect on filmmakers. Consider the freedom of self-financed filmmakers verses those that are loosely beholden to outside supporters. No matter how benevolent and generous non-profit advocates and funders can be, it can add another layer of challenges.

As Sabaah Jordan admits, “When you’re filling out all those applications and doing all that networking, the drawback is finding the creative space to actually do the work on the project,” she said. “It’s definitely a problem I am happy to have, but how do you balance all those relationships and how do you protect the creative nucleus of the project with all those eyes on it?”