The pen is mightier than the sword as proven by an array of emerging screenwriters, playwrights and content creators that use language to redefine the outdated standards set by mainstream media. Learn how these warriors of language fight a revolution one script at a time! 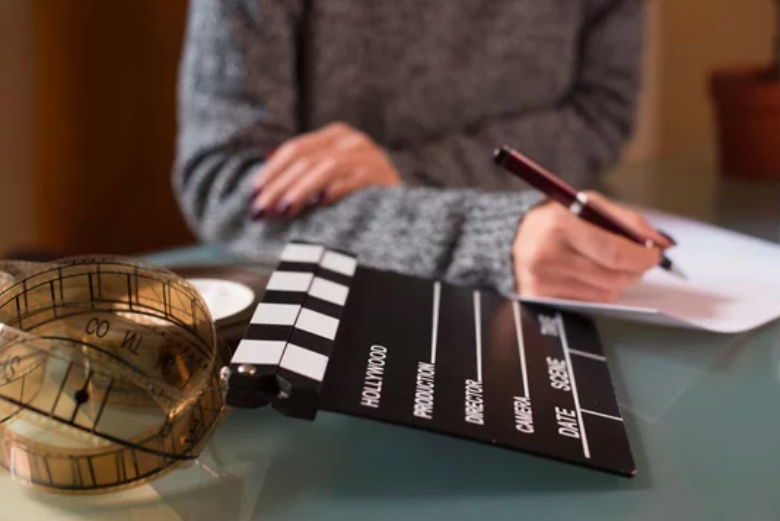 The Revolution in Evolution

Language is unapologetically dynamic and ever-changing. A collection of sounds and meanings as diverse as the world itself. Nonetheless, it continues to be compartmentalized by Hollywood’s standards of race, ethnicity, gender and sexual orientation. Mainstream media has crafted a generalized idea of how BIPOC and LGBTQ+ communities sound like and how they express themselves. A filtered-down, clichéd version of immensely heterogeneous communities that deserve to have their voices heard.

But what does it truly mean to have one’s story heard if it is not done with the right words? Allegedly inclusive stories can be ripped away from the hands of the communities they aim to represent if told with inauthentic language. Language historically used to alienate underrepresented groups from their identities and culture.

In a panel discussion from the 2021 NALIP Media Summit titled Culture in Hollywood: Redefining the Language of the Screenplay, writer/directors Ricardo Gamboa, Ángel Manuel Soto, Aitch Alberto and linguistics scholar Michael Adams sat with Jairo Alvarado to discuss the role of linguistic freedom and creativity in the fight for diversity. Said innovation results in a revolution of an evolving form of communication that emerging creatives can participate and thrive in.

How Emerging Creatives can Flourish by Owning their Language 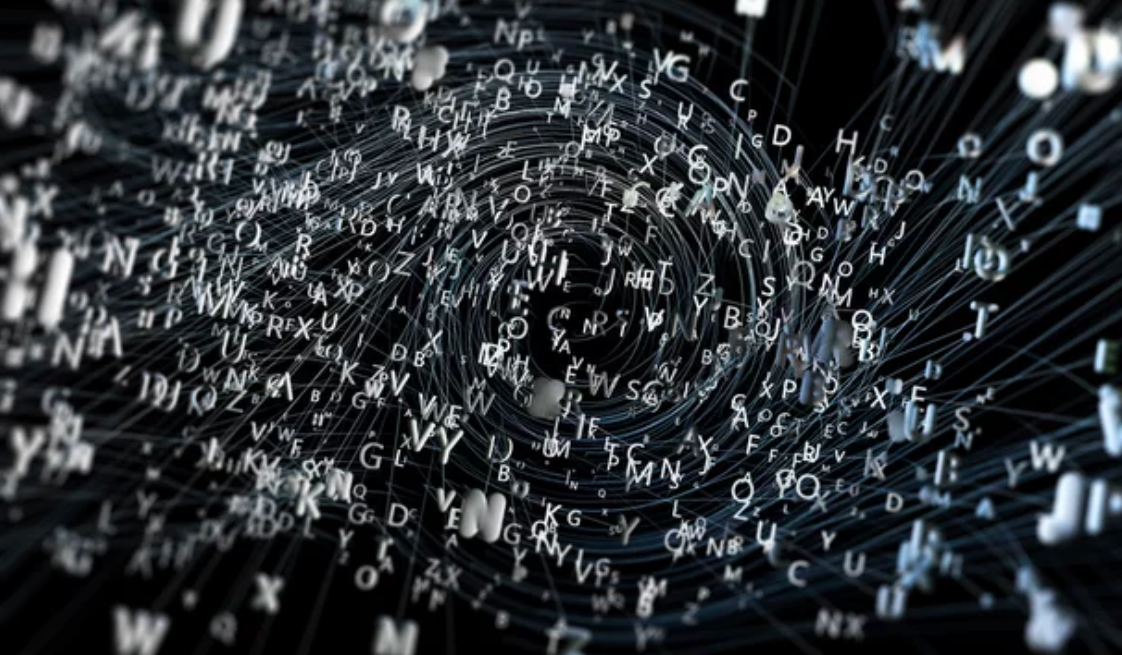 The feeling of empowerment that comes from owning one’s language is huge. For too long traditional media outlets tried to convince underrepresented groups that their English is broken, their native languages dirty; attacking not only a community’s form of communicating but their identity overall.

Aitch Alberto has definitely found this sense of ownership, using it to fuel her writing and stating, “Once I started to walk through the truths of me and own the way I talk and my lack of vocabulary and the specificity of who I am is what makes me me and what makes my voice unique and what’s gonna open doors for me.”

Authenticity is expected by consumers, as made evident by the slow - though growing - emergence of diverse shows and movies in mainstream outlets. We want unique stories, written by creatives that are closely familiar or knowledgeable of the contexts, characters, and languages they chose to represent.

It can be hard to remain authentic while satisfying a studio’s demands. Emerging writer’s constantly balance network regulations with the accurate representation of a community. Ricardo Gamboa is aware of this challenge, stating that strategy is essential: 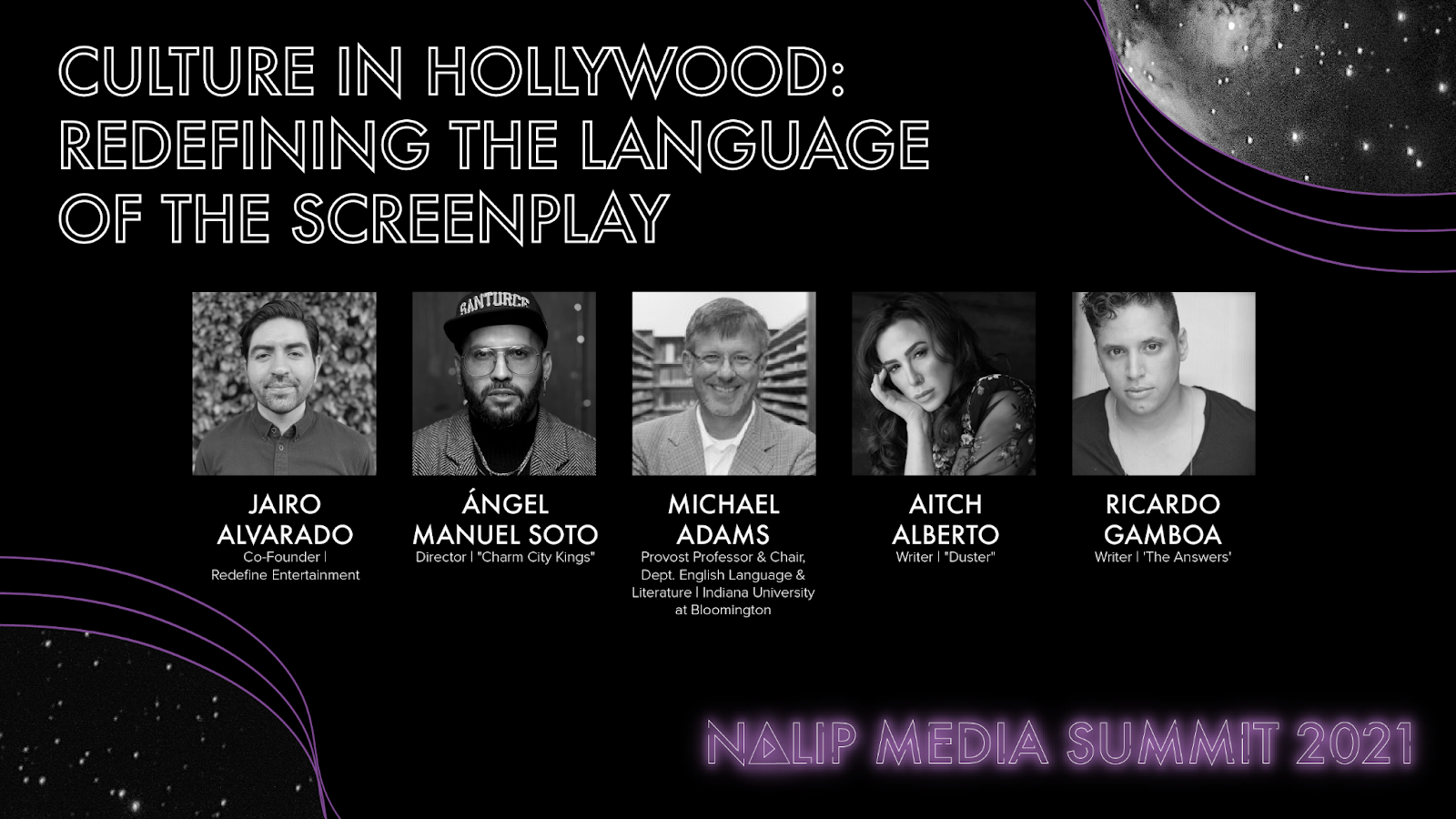 Searching for one’s place in an industry so saturated with cliché and stereotypes can be very intimidating. Peace can be found in the fact that the media is undergoing a cultural revolution and a growing group of diverse voices is paving the way for more inclusive language. If a script is the beginning of story, then words are the beginning of change.

“Let’s decolonize as much as we can”, states Ángel Manuel Soto, “and by decolonizing I mean, approaching the problem from a compassionate and understanding perspective that recognizes that those behind us are the ones that truly have the power to make a more equitable industry and world.”

Stay tuned for announcements on our yearly programming where we will continue providing Latinx and diverse creatives with tools, resources, and insightful conversations that can help them advance in their careers. Watch out as we continue putting important conversations like this to the forefront of creatives' careers.