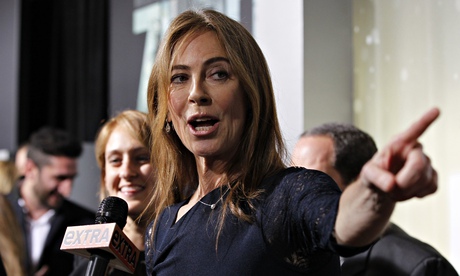 Hollywood studio 21st Century Fox is to set up a mentoring programme in an effort to improve gender balance in the film industry.

Twenty participants will take part in a five-week "directors' lab" before five finalists are chosen. These will enter a 10-month programme leading to funding and production support from Fox for a short film released under the studio brand.

The programme is being spearheaded by Nicole Bernard, executive vice president of Fox Audience Strategy. "The cross-divisional enthusiasm to launch this initiative speaks to our commitment to drive industry change, and we hope that stellar creative arts organisations across the globe will be equally excited to join us," she told she told Variety.

Fox Broadcasting Company chief operating officer Joe Earley added: "To connect with viewers today, we need stories that represent the amazing range of experiences and voices in the real world. Along with writers, the vision of directors is key as they obviously bring those stories to life through their own lens."

The paucity of female visions in Hollywood has come in for increasing criticism in recent years, despite the Oscar-winning success of notable exceptions such as The Hurt Locker's Kathryn Bigelow and The Piano'sJane Campion. Last year, the Sundance Institute published a report which claimed that, between 2002 and 2012, just 4.4% of the 100 top-grossing US films were directed by women, with a remarkable 41.5% of these coming through programmes organised by the institute itself.

Gender disparity in film-making has long been an issue but raised its head firmly above the parapet at the 2012 Cannes film festival after it emerged that none of the directors vying for the Palme d'Or prize was female. Following strident criticism from French feminists and critics,organisers apologised.

It is not all doom and gloom for gender balance in Hollywood. Actors Kristen Wiig and Ellen Page are set to join the ranks of female film-makers on projects in the next couple of years.

Check this out on the guadian.