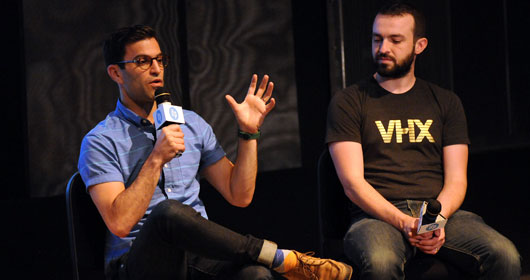 In 2014, most every filmmaker knows that it's important to build a website for your project. But how many of us know enough about programming or design to create a site that serves as a fitting representation of the project, let alone one that functions as a tool for both marketing and audience building? "As you add networks and outlets to your film's identity, and as that footprint grows and grows, one of the first things that slips, because most of us can't afford a full-time graphic designer, is the look and feel of your film," said Joseph Beyer, director of digital initiatives for Sundance Institute. At IFP Independent Film Week in New York, the #ArtistServices panel entitled "Designing Your Look and Feel—What We Love Right Now" strove to address that very slippage.

Jeremy Schwartz of web publishing platform Squarespace advocated for very simple, straightforward, and aesthetically striking sites. "You have to be crystal clear about the goals of your website," he said, while keeping in mind that "the goals are going to change over the life-cycle of your production." He compared your site's functionality over the course of a project's life to a classic three-act story. First comes the set-up, when you develop an audience by encouraging visitors to sign up for email updates, follow posts on social media, or back the project via funding sites like Kickstarter. Next comes the confrontation, i.e. the "mobilizing of the audience," via opportunities to buy tickets and spread the word. The third act brings resolution, when you deepen audience interaction beyond the experience of the film itself by selling DVDs and merchandize, or, in the case of documentaries, directing people to resources where they can learn or do more. Throughout this cycle, Schwartz said it's crucial to not clutter the homepage with too much text or information. "A single really beautiful photo, a logo, and a tagline is kind of all you need for a really great website," he said.

Taking things a step further, Jamie Wilkinson talked of how filmmakers can reach viewers directly via the VHX self-distribution platform for digital video—an approach recently taken by films such as Dave Grohl's "Sound City" and Shane Carruth's "Upstream Color." "The idea is really simple: websites are an under-utilized resource that filmmakers and distributors can use to reach fans directly," he said. "You can actually have a relationship with your audience, you can get data about what's happening, and you can deliver a high-quality watching experience without having to rely on somebody else." 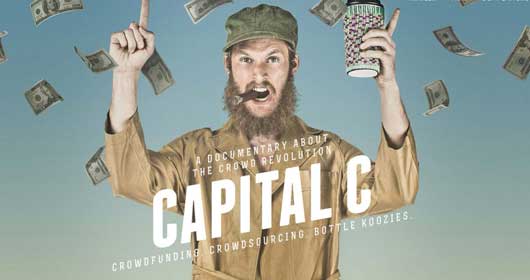 Wilkinson said the look and feel of VHX templates were inspired by the elegant and fluid approaches of Squarespace and Tumblr, and can be similarly direct. Above the fold, i.e. what appears upon the landing on a site, he advocates for "a really clear call to action," such as buying, streaming, or funding the film, with supplemental information and offers viewable once you scroll down. One of the advantages of VHX over outlets such as iTunes or Netflix is their ability to offer bonus materials like deleted scenes or behind-the-scenes footage—"the digital equivalent of the deluxe BluRay," Wilkinson said. It offers more opportunities for fans to engage with a film while also opening avenues for additional revenue, which can be crucial for making self-distribution a profitable enterprise.

While this business can seem at best like a sideline concern, or at worst a distraction from the filmmaking itself, Beyer advocated for thinking of it as all part of the same artistic project. "If you look at it as a drag, that you have to come up with all of this stuff and upload it, yeah, it's going to be a big pain in the ass," he said. "But if you look at it as an extension of your narrative, then the world opens up to you and it becomes an amazing storytelling tool. Things gets better and better every year as artists are embracing the power that they have to extend storytelling into the marketing and distribution of their films."

Read the original post over at the Sundance Institute.