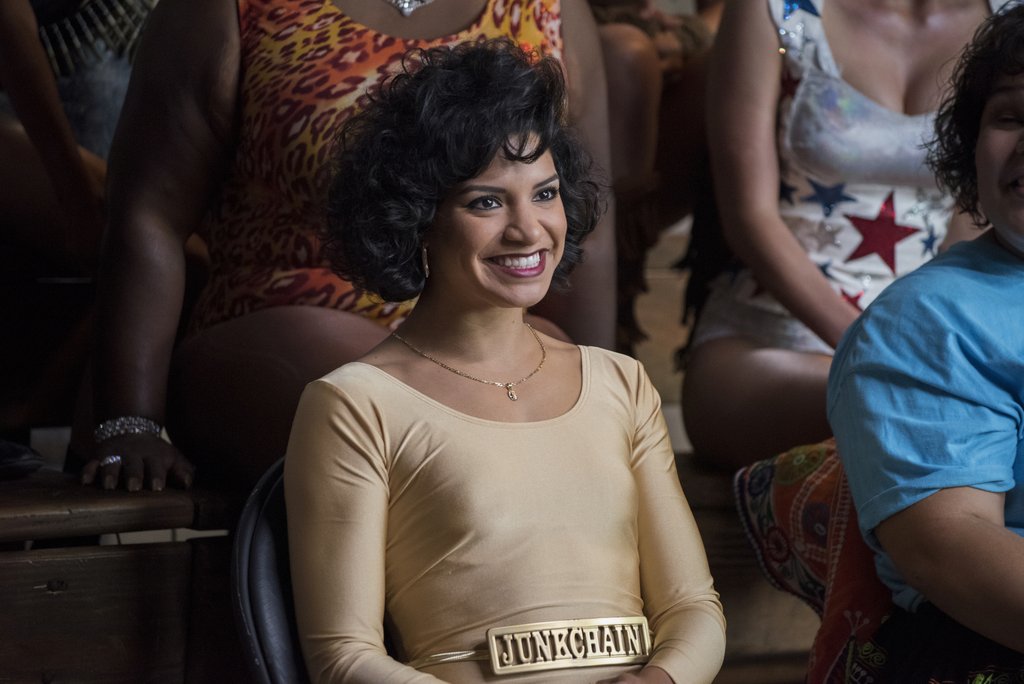 The Gorgeous Ladies of Wrestling kicked off their second season with a brand-new addition to their roster. GLOW was arguably the most eclectic Netflix ensemble this side of Orange is the New Black with women of all shades, ages, and sizes making up the ragtag group of lady wrestlers at the core of the 1980s-set show.

But we’re more than happy that they added Yo-Yo (aka Yolanda Rivas, aka Chola Junkchain) to the mix. And if you’re cringing at her wrestling alter ego, know that she joins equally broad characters as “The Welfare Queen,” “Beirut the Mad Bomber,” and “Fortune Cookie” in the ring. Loosely based on the real-life women’s wrestling show from the ’80s, GLOW is a look at what goes on behind the scenes of what became a cult hit.

Season two finds our lady wrestlers finally ramping up production on their weekly show, only they’re down one girl. Their stunt coordinator slash OG Junkchain, Cherry Bang, took the lead role in a cop show, leaving her character up for grabs. Enter Yo-Yo, the sunny Latina whom Sam (Marc Maron) went ahead and hired after seeing her at a strip club. Needless to say, this Mexican-American dancer-turned-stripper-turned-wrestler is not an immediate hit with the girls — and that’s before they learn that she likes women!