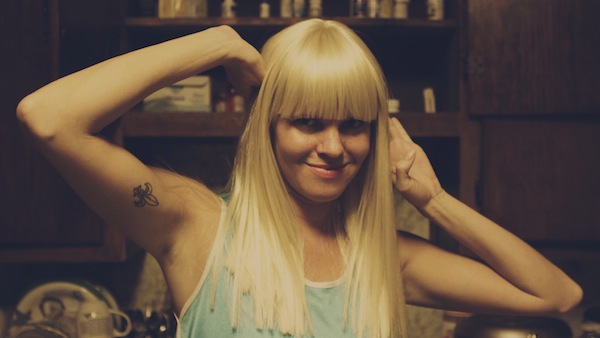 Recommended by Enrique takes place in Del Rio, Texas, a tiny border town that, as the introductory voiceover admits, you’ve probably never heard of. It follows a very ambitious, very superstitious young actress, there from out of town to shoot her first film, a low-budget horror flick. The film’s crew consists entirely of overly excited teenagers, however, and the director never shows up. Staying in the same shabby motel is a lone cowboy, there to perform a mysterious job, waiting for his contact to come back to Del Rio.

The two protagonists never meet, and their storylines never intersect.

This is because, as co-director Rania Attieh explains, “in every other movie with two characters, they do cross paths. We made a conscious decision to make something a little different, so you’re not getting what you’re expecting. You’re going on our ride, not yours.”

Attieh and Daniel Garcia’s second feature film had its world premiere at the 2014 Los Angeles Film Festival as an entrant in the narrative competition. After the screening, Attieh and Garcia did a Q&A with the audience about their unique film, inspired by a strange but unforgettable event from their own lives.