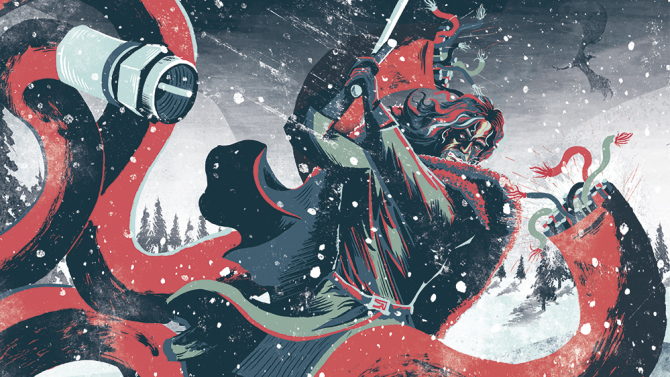 The pay-TV bundle is facing new threats to its existence. Two of the industry’s anchors, HBO andShowtime, are planning to cut the cord, launching over-the-top Internet services that don’t require subscriptions to a cable or satellite service — with HBO setting a date for its new offering with a powerful partner: Apple.

Both premium cablers are trying to take pains not to upset their current partners; their services, after all, will continue to be available — and bundle-able — on the lineups of multichannel video program distributors. But inevitably, their OTT launches stand to fuel the trend of U.S. consumers dropping traditional TV subscriptions in favor of Web-video offerings.

HBO last week announced that Apple TV would be the exclusive device launch partner for HBO Now, a standalone subscription-based streaming service priced at $14.99 per month and aimed at consumers who don’t want to sign up for cable. HBO Now will launch next month, timed to the season-five debut of “Game of Thrones” on April 12. Earlier this week, Cablevision Systems said it would offer HBO Now to broadband-only customers, with pricing to be announced — the most active effort yet by a cable TV operator to let subs avoid buying a full cable TV package.

Also last week, CBS-owned Showtime Networks said it would soon launch a similar OTT offering. HBO had 31.4 million U.S. subs at the end of 2014, with Showtime at 22.8 million, per SNL Kagan.

“They’re both looking at Netflix’s subscriber base and saying, ‘Wow, they got to 40 million users with an untethered offering,’ ” Wall Street analyst Michael Nathanson says. “My gut says this will be a behavioral change among younger users.”

Cablevision, for now, is the only traditional TV provider to join the HBO Now party. The three largest pay-TV providers — Comcast, DirecTV and Dish Network — declined to comment on the HBO Now announcement. Cox Communications, which has about 6 million total customers, says it’s in talks with HBO about offering the OTT service, but adds, “The overwhelming majority of our customers prefer to access video via digital cable bundles for convenience, service quality and the unmatched value.”

The launch of HBO Now “is a transformative moment for HBO,” chairman and CEO Richard Plepler said at the Apple event. “When you subscribe to HBO Now, you will have access to all our acclaimed original programming — past, present and future — as well as our unmatched lineup of Hollywood blockbusters.”

HBO Now and Showtime OTT are slated to hit after Dish’s debut of Sling TV, which includes ESPN among more than a dozen other cable nets for $20 per month, while Sony’s PlayStation Vue, with multiple networks in the mix, is launching this week in New York, Chicago and Philadelphia.

HBO Now, in addition to Apple TV, also will be available on iPhones and iPads. Apple’s exclusive rights to HBO Now cover three months, after which it could become available through devices like Roku or Google’s Chromecast.

All told, HBO Now could hit 1.25 million subscribers by the end of 2015, according to Nomura analyst Anthony DiClemente. Every block of 1 million HBO Now subscribers, he says, would drive approximately 11¢ in earnings per share for Time Warner’s 2016 full-year results.

If Apple demands from HBO the typical 30% fee on in-app paid subscriptions for the service, that would slice into HBO’s share, though DiClemente believes that kind of split to be unlikely.

In any case, TV subscriptions are dropping. In 2014, factoring in new household formation numbers from the U.S. Census Bureau, roughly 1.4 million American homes either canceled pay TV over the previous 12 months or never subscribed, according to MoffettNathanson. Since 2010, the industry has cumulatively lost — or failed to sign up — 3.8 million households, the firm estimated.

Apple has sold 25 million Apple TV units, and the company announced March 9 that it’s reducing the price of the Apple TV set-top from $99 to $69.

CBS chief Leslie Moonves said Showtime is poised to join HBO in offering a standalone online streaming subscription service “in the not too distant future.” Speaking last week at the Deutsche Bank Media, Internet and Telecom investor conference, Moonves said negotiations with digital distribs and traditional MVPDs are in full swing. “We’ve been having discussions with the normal suspects,” Moonves said. “I think the floodgates are now open.”

Moonves acknowledged there was hesitation from some MVPDs, who are concerned about a digital-only play cannibalizing existing service. But there is no doubt OTT is joining the parade of pay-TV offerings, he said, which will only improve the underlying economics for networks.

“Clearly, the bundle is changing,” Moonves said. “The days of the 150-channel universe in the home are not necessarily over, but they’re changing rapidly. People are slicing it and dicing it in different ways.”

The exec wouldn’t give specifics on the subscriber numbers for CBS All Access, launched last fall for $5.99 per month. But he said the Eye is close to finalizing agreements with its affiliate stations to join in the live-streaming offering, which so far has been available in CBS O&O markets only. That would mark a significant national expansion of the “watch live” component of the service, making for a stronger selling point to consumers across the country.

“We are the first (network) to offer our affiliates a piece of the action,” Moonves said.