This Halloween weekend if you are looking to get spooked, scared, or terrified by the latest content starring, inspired or created by Latinos. Check out our curated list of the most chilling horror and thriller films for your entertainment. Grab your popcorn and let us know which one was your favorite. 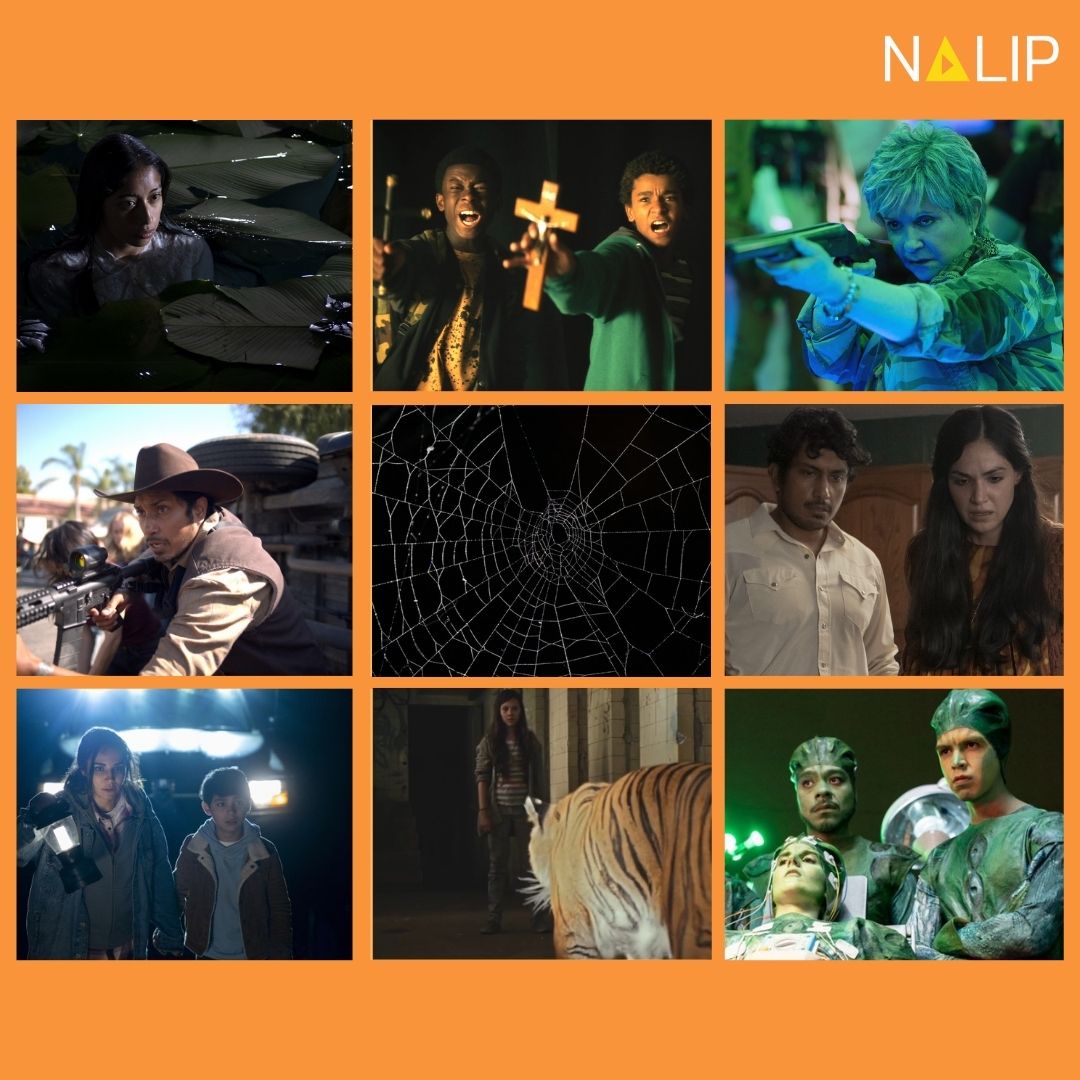 This Halloween weekend if you are looking to get spooked, scared, or terrified by the latest content starring, inspired or created by Latinos. Check out our curated list of the most chilling horror and thriller films for your entertainment. Grab your popcorn and let us know which one was your favorite.

Directed by Ryan Zaragoza and written by Marcella Ochoa and Mario Miscione. The newly released film Madres (2021) surrounds a Mexican-American couple as they uproot their lives to a migrant farming community set in 1970's California. The expecting couple are at the brink of starting their family, when suddenly things take a turn as strange symptoms and terrifying visions threaten their new family.

Nicknamed La Muñeca Del Terror-Gigi Saul Guerrero is the director of Bingo Hell. Taking place in the Barrio of Oak Springs where a stubborn group of elderly friends fight the forces of gentrification. Alongside the leader, Lupita, who rallies them together in a posse. But little do they know, their beloved Bingo hall is about to be sold to a much more powerful force than money itself.

The initial Don't Breathe film was released back in 2016 by the duo Fede Alvarez and Rodo Sayagues. The 1st installment was directed by Alvarez and was a story about a trio of thieves who break into the house of a blind man who isn't as helpless as he seems. Hoping to walk away with a massive fortune, the thieves end up biting more than they can chew. The sequel directed by Sayagues is set in the years following the deadly home invasion, where Norman Nordstrom lives in quiet solace until his past comes back to haunt him.

A dystopian horror film starring Ana De La Guerrera, Alejandro Eda and Tenoch Huerta. The Forever Purge is the fifth installment in the purge franchise set in the future where a group of people are attempting to escape to Mexico and Canada as the United States becomes a lawless hell.  All the rules are broken as a sect of insurrectionists decides that the annual Purge does not stop at daybreak and instead should never end.

Directed by 2021 Latino Media Fest Official Selection Jury Member Oz Rodriguez, this film tells the story of three gutsy kids from the Bronx fighting to save their neighborhood from gentrification . . . and vampires! Rodriguez blends comedy and horror to create a sharp, socially conscious and hilarious instant Halloween cult classic. Now streaming on Netflix.

This Guatemalan horror film is directed by Jayro Bustamante and retells the iconic Latin American fable of la llorona as a psychological horror using historical events. In this version, a retired war criminal, protected by his faithful wife, faces death while being haunted by the ghosts of his past. This Shudder original also discusses the real-life tragedy of ‘Day of the Disappeared’ where an estimated 45,000 people disappeared during the Guatemalan Civil War.

In this Hulu original, a young Mexican woman in pursuit of the American Dream crosses into the United States only to find herself in an American nightmare. This horror thriller is directed by Gigi Saul Guerrero, features Martha Higareda as the lead role, and is part of Blumhouse’s ‘Into the Dark’ horror anthology series.

Directed and written by Issa López, this dark fairytale follows a group of orphaned children armed with three wishes and running from the cartel that murdered their parents. López puts her own gritty urban spin on magical realism in this film set against the backdrop of the Mexican drug war.

This 2015 gothic romance film directed by Guillermo del Toro and starring Mia Wasikowska, Jessica Chastain, and Tom Hiddleston is set in Victorian era England. The story follows Edith Cushing who marries a mysterious British aristocrat and moves into his remote mansion in the English hills to live with him and his sister. Once there, Edith discovers the sinister secrets haunting her new home. In true Guillermo del Toro-style, this ghost story blends horror and fantasy with rich visuals in a love letter to the gothic romance genre.

Created by SNL writer and My Favorite Shapes comedian Julio Torres. The creator also starred as Andres in Los Espookys, a dark comedy series following a group of friends who turn their love for horror into a profession, providing horror services to those who need it. The story is set in a dreamy Latin American country where the strange and eerie thrive.