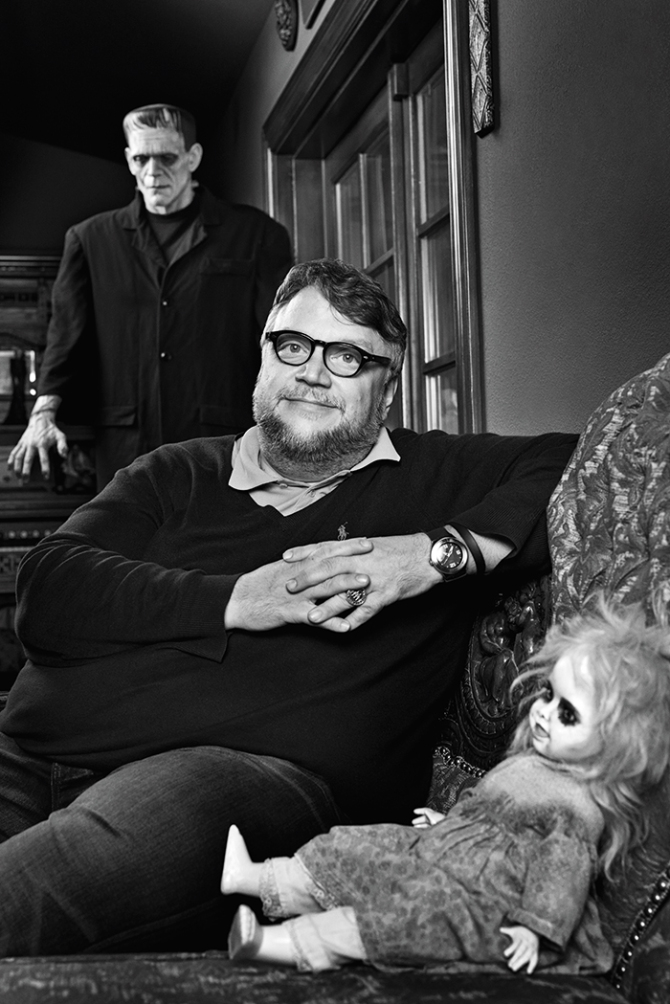 Guillermo del Toro just presented his latest film, "Shape of Water," at the Venice Film Fest and Telluride Film Festival this week. Variety praised the film, calling it "a ravishing, eccentric auteur's imagining, spilling artistry, empathy and sensuality from every open pore... this is incontestable del Toro's most rewarding, richly realized film -- or movie, for that matter..." And this shouldn't surprise anyone. Del Toro's work is renowned for its artistry and originality, but on top of that, this was a film year in the making.

While Sally Hawkins (Elisa) can recall as far back as four years ago that Guillermo wanted her for the lead (before the film was even written), Guillermo actually started planning this as a child. He told Variety that "as a kid, watching 'Frankenstein' ... I was always rooting for the monster." Hawkins wasn't the only one picked right from the beginning for her respective character. Doug Jones, the "gill-man," had met del Toro twenty-years prior and was told from the very beginning his anticipated role.

Del Toro recognizes that the movie strays far from the narrative norm - "if we had made a normal movie, in the scene where the beast carries the beauty in his arms, the hero would be...the square-jawed, beautifully tailored white-man savior. Here, it's the fact that we see him from another point of view that makes him the villain. For me, stories are interesting if you change the point of view." However, as Variety described it, this "one-of-a-kind hybrid of a monster movie, spy movie, comedy, and musical," del Toro had to approach marketing quite purposefully. He "understood 'Shape of Water' needed to cost under $20 million, because that allows [Fox Searchlight] to market it for what it is." To follow through his budget, del Toro put his entire salary back into the movie (excluding taxes and guild dues, of course). He spent hundreds of thousands to develop Jones' "gill-man," hire Mike Hill to produce a clay model and Vince Proce and Guy Davis to design sets.

After all his pre-production work, he invited Fox Searchlight president Nancy Utley to pitch his film, as "their marketing is impeccable." Utley and co-president Steve Gilula immediately greenlit even before there was even a script. And, as Variety underscores in its review, it was truly worth it.