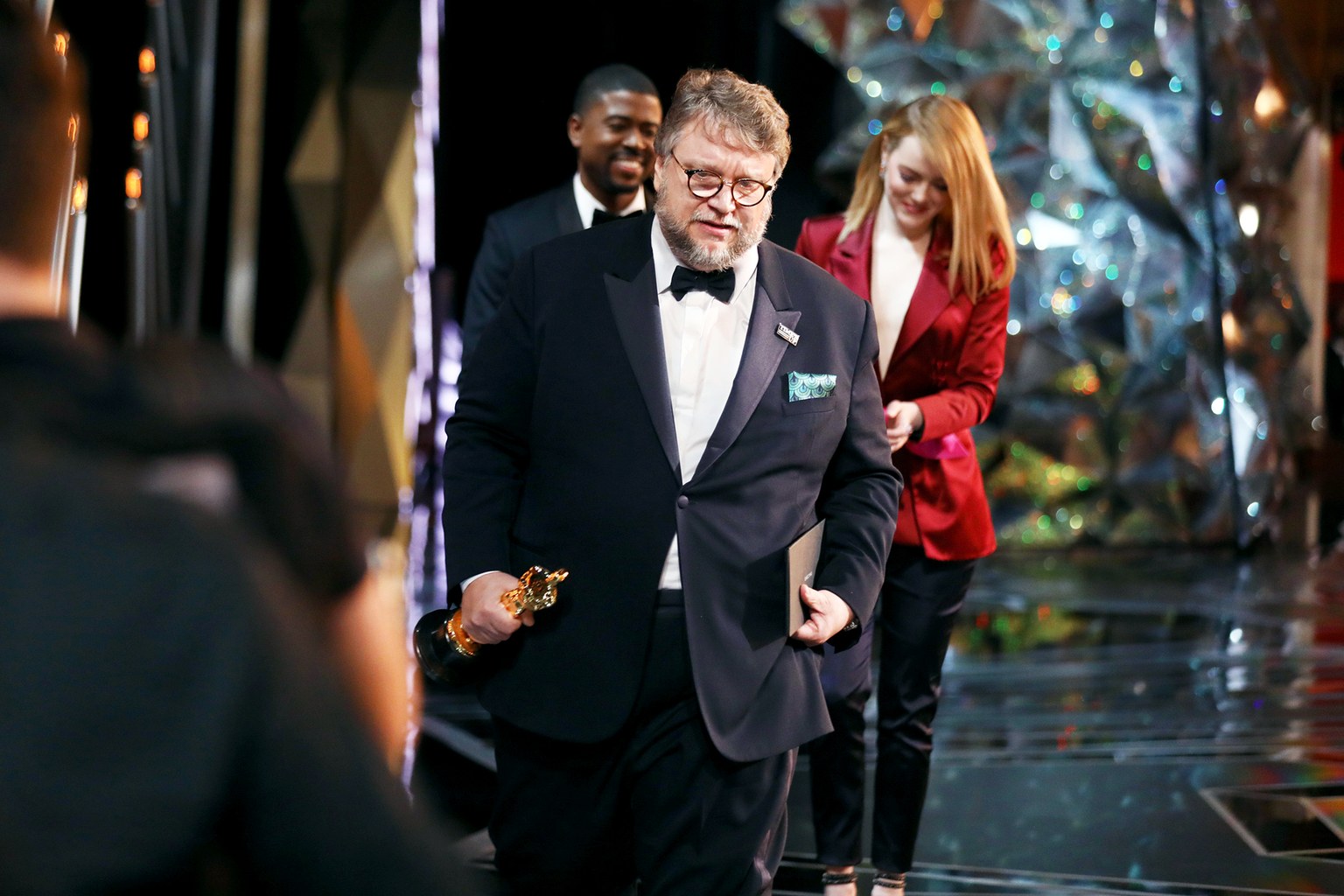 On this week’s episode of Little Gold Men, a special sneak preview of a conversation between del Toro and fellow Academy Award winner William Friedkin.

Writers and critics and fans may spend years celebrating and learning about the Academy Awards, but it’s possible that no one can understand what they’re really like until they have their own little gold man in their hands. Which is why the conversation on this week’s episode of Little Gold Men is so special. In partnership with the Talkhouse Podcast, we’re sharing the first part of an expansive and very frank conversation between William Friedkin, the Academy Award-winning director of The French Connection and The Exorcist, and Guillermo del Toro, who won his own best-director Oscar for The Shape of Water just weeks before the conversation took place. Friedkin, whose career has spanned six decades, has a new film in theaters next week, the documentary The Devil and Father Amorth.

The Oscars were on both of their minds when the two acclaimed directors sat down in Los Angeles. “I wonder how, or if, you feel your life has changed since you won?” Friedkin asks at the beginning of the conversation. Del Toro describes the months-long awards-season process as “like Heart of Darkness”: “You start with one mission—you start saying look, whatever happens happens. Then you get the nominations, and little by little you are in.” What changed del Toro, though, was not all of the hubbub around his best-picture-winning film, but specifically the recognition from the directors’ branch of the Academy and the Directors Guild of America. “[The D.G.A. Award] is, in my opinion, one of the awards that for directors counts so much, because it’s your peers and what we do. The alchemy which is directing—a lot of people think it’s chemistry, and it’s not chemistry, it’s alchemy, it’s transmutation. Only those that are practitioners in the art know what it entails.”

Both Friedkin and del Toro recall what it’s like to get awards attention and be flooded with work offers as a result, only to lose track of what they actually want to make. Having gone through it when his 2006 film, Pan’s Labyrinth, was nominated for six Oscars, del Toro said, “I learned a lesson. That’s why I very purposefully said I’m not going to direct anything until 2019. I want to land as a person, whatever happens.”

And del Toro learned another lesson from Pan’s Labyrinth, which he happily didn’t have to repeat with The Shape of Water: about the value of losing. “I remember when Pan’s Labyrinth didn’t win best foreign film I felt a huge relief. First of all, I can take off my shoes, which are super tight. Second, I had a great feeling. Not winning did not change the movie. It was exactly the same movie that it was when I went into the ceremony.”

Listen to the first 10 minutes of the conversation in the episode above. To hear the full conversation, subscribe to the Talkhouse Podcast; del Toro and Friedkin’s entire conversation will be shared in two episodes launching next week.