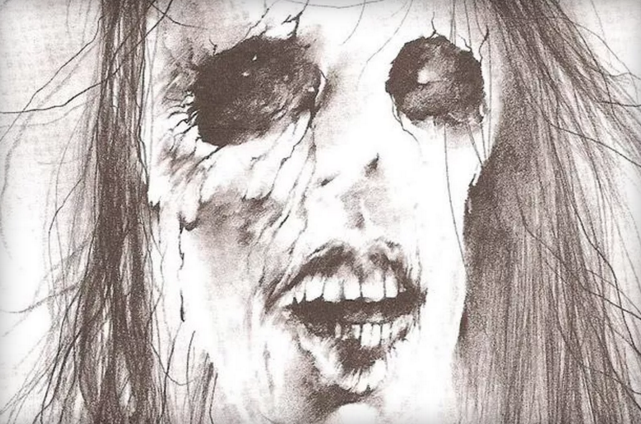 Guillermo del Toro, the director of Hellboy, Pan's Labyrinth, and Crimson Peak, is developing a movie version of classic children's book trilogy Scary Stories to Tell in the Dark. Deadline reports that del Toro will produce the movie for CBS Films, based on the books written by Alvin Schwartz, and may potentially direct it too.

Scary Stories to Tell in the Dark was first published in 1981, and famously illustrated its spooky tales with chilling images from artist Stephen Gammell, whose ethereal ink pictures impacted a generation and helped lead to the book becoming the most banned from placement by the American Library Association for being too terrifying. A reprinted version of the books, released in 2011, replaces Gammell's original art with less haunting alternatives, but for many the damage was already done.

The movie version of Scary Stories to Tell in the Dark seems to be a pet project for del Toro, who confirmed that he had started developing "a film based on a favorite book of youth" on Twitter today. It sounds like fans of the books can rest assured that del Toro will approach the material with respect — the horror expert owns ten of Gammell's original illustrations for the series, which he gleefully calls "scary as fuck."

Check this out at TheVerge.com