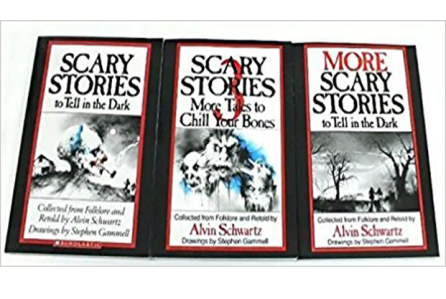 In Scary Stories to Tell in the Dark a group of horrific deaths have impacted a small town and it’s up to a group of teens to solve them.

“We spent months searching for and assembling the perfect group of actors to help us realize the most terrifying adaptation that we could conceive,” said André Øvredal.  Producer and screenwriter Guillermo del Toro agreed, adding, “I am honored to support Andre’s vision and, with our partners, to bring the incredible world of Scary Stories to the screen.” Deadline first announced del Toro getting this project off the ground back in January 2016; the filmmaker has been a longtime fan of the book series and owns ten of the books’ original illustrations by Stephen Gammell.