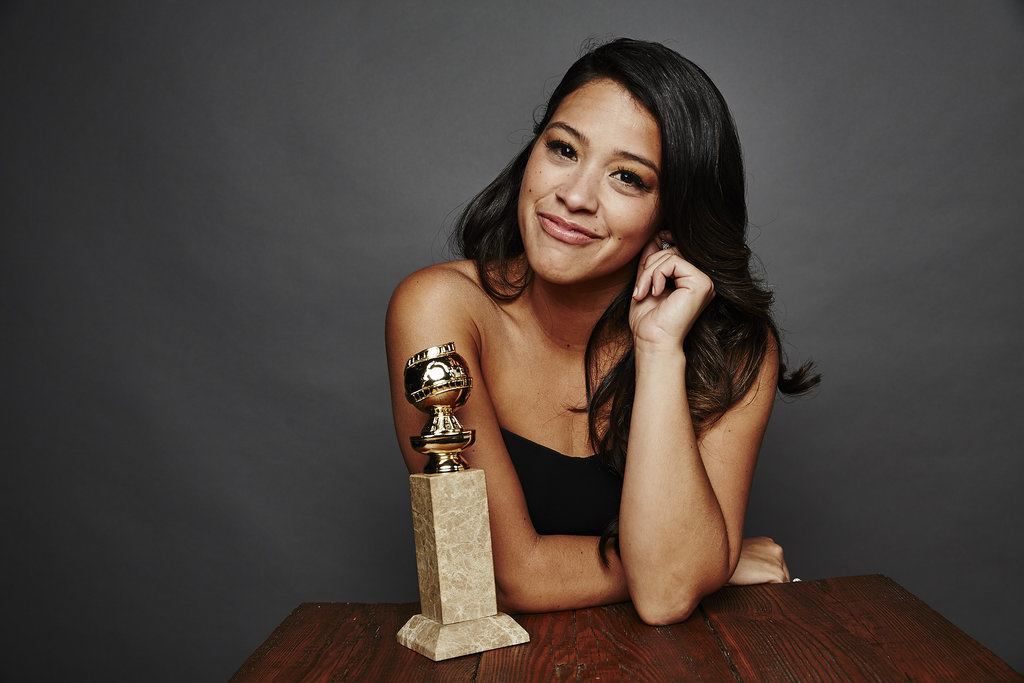 Gina Rodriguez's Golden Globe win was already a point of pride for many who were rooting for the "Jane the Virgin" star, but it was her heartfelt shout out to the Latino community that really struck a chord with fans and critics alike:

"This award is so much more than myself," Rodriguez said tearfully. "It represents a culture that wants to see itself as heroes," said the Latina actress in an acceptance speech that quickly went viral.

Backstage after the award, Rodriguez expanded - in English and Spanish - on what the win meant for her as a young Latina actress.

"First and foremost, the nomination alone was a win for me because it allowed our culture, it allowed Latinos to see themselves in a beautiful light," Rodriguez said. "For me, the win meant everything."

"I'm definitely part of the testament that it's changing. It's not only something that I see, but something I experience everyday."

Rodriguez also said the win "...allowed [Latinos] to see themselves invited to the same party. We want to create the effect that shows Latinos as the investment bankers and the lawyers that exist in my own home." Rodriguez was referring to her sisters, whom she thanked in the awards show for being role models. One is an investment banker and another a lawyer.

The Chicago-born daughter of Puerto Rican parents and New York University graduate has always embraced her cultural identity. She told NBC Latino in 2012 that "I have a real responsibility to all the little girls out there to be the story-teller I was born to be. And that's a very, very special role that I won't ever take lightly." The actress works with the National Hispanic Foundation For the Arts and other groups.

Rodriguez was named one of "top 35 Latinos under 35" by the Hollywood Reporter after gaining recognition for her starring role in the movie "Filly Brown" and "Sleeping With The Fishes."

Latino groups have been proudly tracking the young star and recognizing her talent. Rodriguez was awarded the Lupe Award - for the late Latina actress Lupe Ontiveros - in 2013.