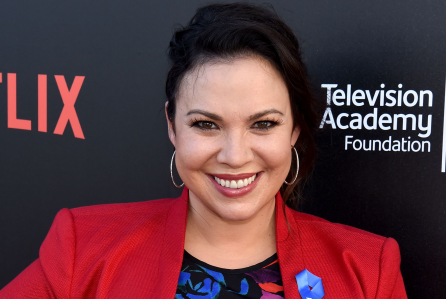 Great news for NALIP supporter, Gloria Calderon Kellet who has a pilot production commitment with CBS TV Studios for her semi-autobiographical History Of Them, a multi-camera/hybrid comedy she wrote. Calderon Kellet, is a co-creator/executive producer of One Day At A Time.

History Of Them is a multi-cultural (Latinx & white) romantic comedy about how two friends fell in love, narrated by their future daughter, using the couple’s social media from present-day (Instagram/Twitter/Facebook) as a guide. According to Deadline, this marks the first sale for Kellett under the overall deal she inked in June with Sony TV where she serves as executive producer/co-showrunner alongside Mike Royce on the studio’s praised Netflix comedy series One Day At A Time. The reimagining of the classic Normal Lear 1970s sitcom is in production on its second season. Kellett pulled from her own life experience in shaping the show about a Cuban-American family — her parents immigrated to America from Cuba during Operation Peter Pan.

History Of Them marks Kellett’s return to CBS and to the hybrid comedy format. She began her writing career as a staff writer on the network’s 20th TV-produced hybrid comedy series How I Met Your Mother, rising to co-producer and earning an ALMA Award for one of her scripts in 2008. She then worked on such series as CBS/Sony TV’s Rules Of Engagement, Lifetime’s Devious Maids and the CW’s iZombie before taking on One Day At A Time. Kellett, who started her career as a playwright, is repped by UTA and Odenkirk Provissiero Entertainment.