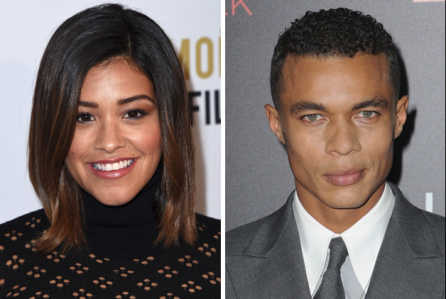 Gina Rodriguez has sure been keeping busy this year! The ‘Jane the Virgin’ star has signed on to star in the new film ‘Miss Bala,’ a story about a beauty pageant contestant who witnesses the brutality of a drug gang and is dragged into their dangerous business. It will be a remake of the Mexican entry for the Best Foreign Film Oscar in 2011. The Sony drama will be directed by Catherine Hardwicke.

According to Deadline, Rodriguez will play Gloria Meyer, who after her friend Suzu goes missing in Tijuana, finds herself a pawn in a dangerous game being played by the CIA, the DEA and a charismatic young crime boss. Co-starring with Rodriguez will be Ismael Cruz Córdova, who will play Lino, a master manipulator survivor who has gotten as far as he has by obtaining power through courageous actions.

The original script was written by Gerard Naranjo and Mauricio Katz, but will now be adapted by Gareth Dunnet- Alcocer. The release date has not yet been announced.

Apart from this role, Rodriguez will be voicing Carmen Sandiego in the new Netflix series, Una from the new film ‘Ferdinand,’ and Mary in Sony’s upcoming film ‘The Star.’ Through her roles, Gina has positively portrayed Latinx in a positive light and we can’t wait to continue to see her in action.