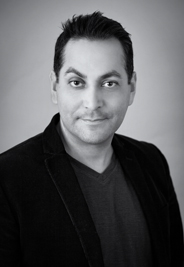 He’s developed and produced a long list of unscripted and scripted programming for such networks & studios as Warner Bros., ABC, NBC, Universal, Columbia Pictures, SyFy Channel, Destination America, mun2, among others. His show From Beyond was the first Latino paranormal realty series, which aired on mun2 & SyFy Channel.  Currently he is producing a TV series with Julia Roberts, ABC Studios and Lifetime TV, and is working on a 2 new reality series for Discovery Channel and he just wrapped the show Swamp Monsters which is set to  premiering on Destination America this year .  He is also  the head of Development for 2C Media (Airport 24/7 Miami, Swamp Wars, and others). He produces content with a universal theme and a great story for all formats and networks.  He started producing reality series several years ago and has produced and sold over 10 series for a variety of networks and production companies.  Previously he spent 8 years developing and representing writers and directors responsible for such content as Bourne Identity, Big Love (HBO), and Ugly Betty. For more information, www.gmtfilms.com

BONUS: Get a development deal for your reality show project!

Producer and Development Executive German Michael Torres (GMT) and Producer Luis Barreto will consider offering a development deal for those projects that show promise. German works for a major production company who is represented by WME (William Morris Endeavor), he also has a long successful history developing and producing under his company GMT Films.

You will be working closely with these two professionals and if your project "pops" you may just get yourself a development deal where your project will be developed and pitched to major networks.