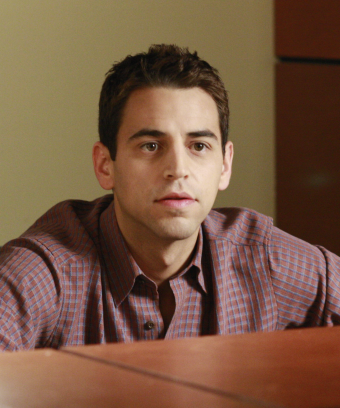 ABC is in talks to develop a series turning a known comedy trope -- man goes back home to live with his parents -- and adding a twist that is poignant as it is timely -- the man brings along his husband and son with his Mexican-American family in south Texas. As Refiner29 notes, a comedy centered on disagreeing with family "traditions" is especially relevant.

The narrative, it seems, is semi-autobiographical, as co-executive producer/writer Rob Sudduth also has a Latinx family and grew up in Texas, and now has a husband and son. While there will be direct references to his life are left to be seen.

Sudduth wrote for "Telenovela," "GCB," "The New Normal," "The Crazy Ones" and "Red Band Society." Co-executive producers Casey Johnson and David Windsor also co-created and executive produced "The Real O'Neals," "Galavant" and "Don't Trust The B--- In Apt. 23."

Remezcla highlights that the series is not guaranteed to be aired or even greenlit, so to proceed with cautious optimism. Both Winsor and Johnson have standing deals with ABC and all three have extensive experience with ABC studios, so it is likely to see the series to fruition.