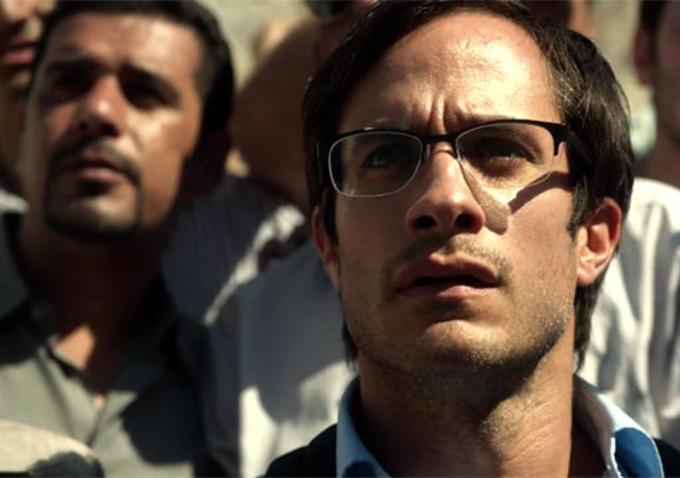 Comedian Jon Stewart of "The Daily Show" is switching gears from satire to feature film with his directorial debut, the political war drama "Rosewater." Based on the true life memoir of Iranian-Canadian journalist Maziar Bahari who was arrested and detained during the 2009 Iranian elections for 118 days, the film stars Gael García Bernal and Shohreh Aghdashloo.

The Telluride Film Festival will launch the film's world premiere this weekend. "Rosewater" will also screen at the Toronto International Film Festival next month.

"Rosewater" will hit U.S. theaters on November 7. Check out the first trailer below:

Check this out on Indiewire.