Patricia Cardoso’s ‘Real Women Have Curves’ was a landmark Latina cinema, but Hollywood shut her out. Until now 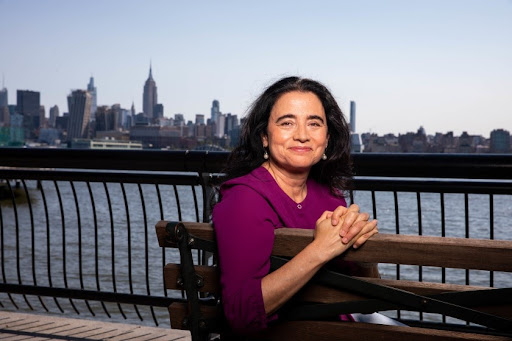 Patricia Cardoso, director of “Real Women Have Curves,” photographed in Hoboken, N.J. Her accomplishments are spotlighted in the soon-to-open Academy Museum of Motion Pictures.(Michael Nagle / For The Times)

The singular importance of “Real Women Have Curves,” and Cardoso’s contribution to the film canon, are getting some long-overdue recognition as part of an exhibit in the Significant Movies and Movie Makers gallery at the Academy Museum of Motion Pictures, opening Sept. 30. Cardoso’s film is in a prime spot, featured between Orson Welles’ “Citizen Kane” and Thelma Schoonmaker, who has edited Martin Scorsese’s films for more than 50 years. 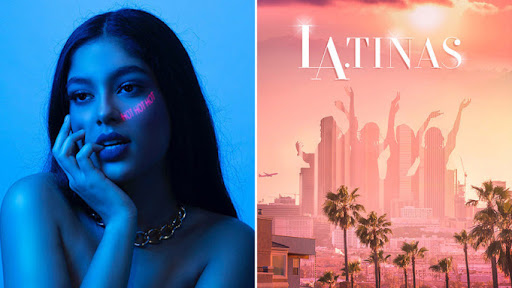 HBO Max Pa’lante!, the social-first audience initiative aimed at driving culturally-relevant programming on HBO Max is launching the Pa’lante! Promise. Through a creative partnership with OneFifty — WarnerMedia’s artistic studio — the goal is to support Latino creatives whose work has a strong cultural aesthetic and features Latinos in front of and behind the scenes. The initiative includes a slate of original projects and a roster of OneFifty-acquired Latin films that will premiere on HBO Max.

Read what Jessica Vargas, Director of Multicultural Marketing, HBO Max and HBO had to say here 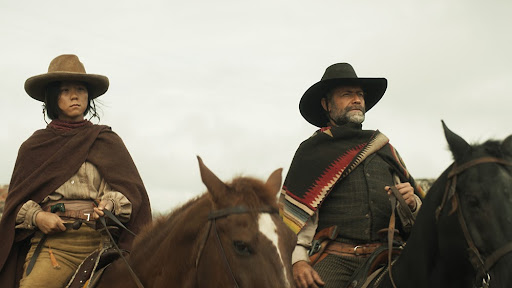 An “action-packed” series made in Mexico, it added, “La cabeza de Joaquín Murrieta” stars top Mexican actor Juan Manuel Bernal (“Monarca,” “Perfect Obedience”) and Alejandro Speitzer, a fast-rising star after prominent roles in Mexican hits in “Dark Desire” and “Someone Has to Die.”

Read more on the series here 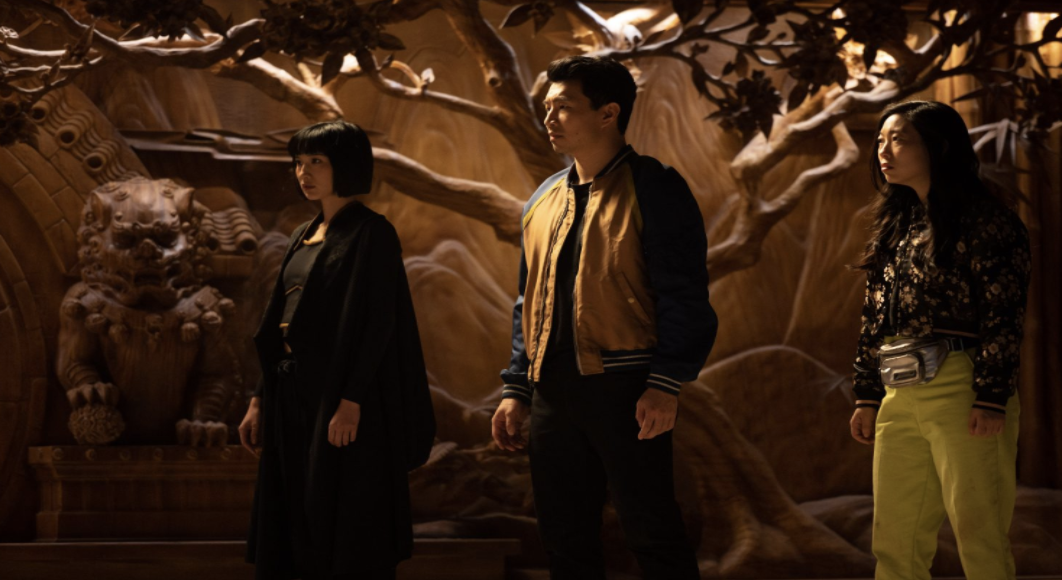 Courtesy of “Shang-Chi and the Legend of the Ten Rings”

The massive opening weekend success of the Marvel Cinematic Universe feature, “Shang-Chi and the Legend of the Ten Rings,” grossed over $93 million in the past four days. Congratulations to the cast, crew, and a special thank you to executive producer Victoria Alonso for helping push diversity forward. We are enthusiastic to see “diverse” MCU films starring actors of color and storylines based on their cultural identities. 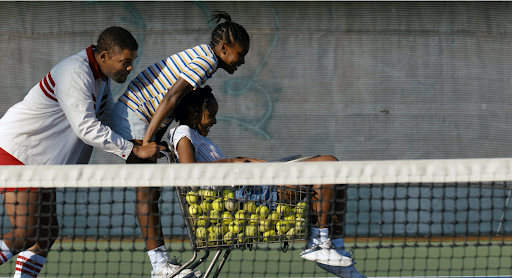 It’s the kind of Cinderella story that matches the one Green so deftly, emotionally crafts in King Richard, about Venus and Serena Williams’s father, Richard (Smith), and how he and his wife, Oracene (played by Aunjanue Ellis), raised their daughters from a very young age into world-class athletes—as well as well-rounded human beings. This star-driven, inspirational narrative inevitably hits some familiar beats, but in other hands, might have been devised more formulaically, with less texture and grit.  Green knew this family in his bones, however, and he knew what he wanted to say about them. 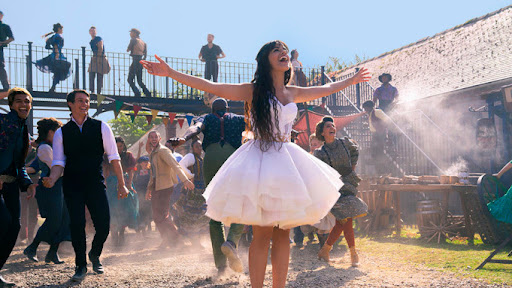 Cinderella, the onetime Sony musical starring Camila Cabello that was picked up by Amazon Prime Video, debuted over the four-day Labor Day weekend notching 1.1 million U.S. households, according to Samba TV. The pic was dropped on Amazon’s streaming service in 240 countries and territories.

Amazon, based on Screen Engine’s analytics (which, by the way, do not report hard numbers to the press like Samba TV does), is celebrating Cinderella as the No. 1 most-watched VOD movie over the holiday stretch, saying that “Cinderella delivered the strongest results as the biggest musical of 2021, second only to Disney’s Hamilton in 2020.”

LatinX Podcasters Can Sign Up To Tell Their Stories in the Newest Sound Up U.S. Program

Earlier this year, Spotify announced 'Sound Up LatinX' to directly address the disparities present in the podcasting community. Today, we invite aspiring U.S. LatinX podcasters to apply for the program.

Sound Up LatinX is divided into two parts. First up is a virtual training program in 2021, which will take place over the course of eight weeks. The 10 participants who are short-listed by Spotify will attend workshops for a comprehensive introduction to the art of making a podcast. Ultimately, participants will create and submit a podcast trailer and pitch proposal for the opportunity to be selected as a finalist to attend part two: in-person Sound Up sessions in 2022.

Read more on the program here 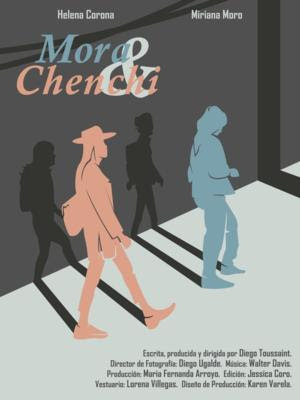 QFilms, Long Beach’s longest running film festival, will launch this month with a schedule of more than 65 feature films, documentaries, and shorts that celebrate the LGBTQ community.

In its 28th year, QFilms will offer a hybrid of programming options for film fans with in-person, outdoors, and online screenings. This year will also feature a new queer Latinx short film program.

Find out details of the festival here 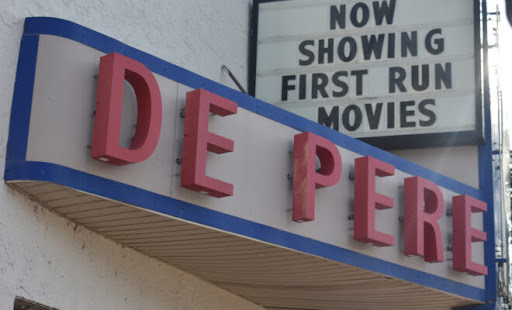 Independent filmmakers from around the globe are coming to the MLC Film Festival Sept. 11 at Get Reel Cinema in De Pere, and the public is welcome.

Ann Myrna, a senior panelist and advisor for the festival, said the festival gives attendees the opportunity to view the type of cinema not typically shown on the big screen.

“Even if you take something like a western, that’s not my favorite genre to watch, but I so enjoyed the westerns in the festival this time,” Myrna, a festival judge, said. “It kind of opens your mind to things your mind was maybe a little closed to before.”

MLC stands for Mobsters, Latino/Latinx and Comedy, so all of the films shown will have a tie to those genres.