Check out this week's fresh news curated just for you!

NBCUniversal Telemundo Enterprises has formed a new Hispanic Streaming business division, which will look to spur growth of Latinos on Peacock and across other Telemundo and NBCU platforms. The new division will be responsible for developing a content slate with more than 50 projects, the first of which will arrive in 2022. 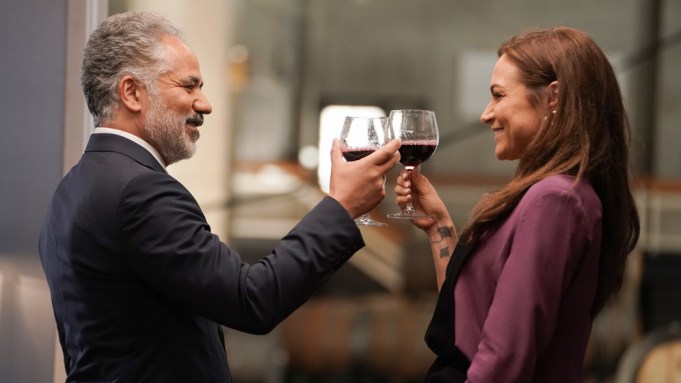 ABC has picked up its second drama series for the 2021-22 season. The network has given a series order to pilot "Promised Land", a Latinx family drama starring John Ortiz and Christina Ochoa.

Written by Matt Lopez and directed by Michael Cuesta, Promised Land is an epic, generation-spanning drama about two Latinx families vying for wealth and power in California’s Sonoma Valley.

The star-studded, landmark film established Ánima as not only a regional powerhouse of Mexican animation, but a leading creator of cartoon content internationally, and was the company’s first production to screen at France’s prestigious Annecy Animation Festival.

Dick Clark Productions and Fonda Anita, veteran ViacomCBS executive, have joined together. Fonda Anita will be taking over as EVP of Production. She will be responsible for physical production for all of dcp, including the company’s vast portfolio of live televised entertainment events.

Legendary U.K. animation studio Aardman is teaming with filmmaker Gurinder Chadha on a new feature film project for family audiences. Described by the company as an “exuberant, warm-hearted musical,” the currently untitled Bollywood-inspired feature will follow Bodhi, a young Indian elephant from Kerala who dreams of becoming a famous Bollywood dancer.

In La Fortuna, Álex Ventura (Mel), a young and inexperienced diplomat, unintentionally becomes the leader of a mission that will put all his convictions to the test: to recover the sunken treasure stolen by Frank Wild (Tucci), an adventurer who travels the world plundering items of common heritage from the depths of the sea.

Now available is a look at the first footage of La Fortuna.

Premiering Aug. 6, “Vivo” follows a one-of-a-kind kinkajou who spends his days in Havana performing in the town square alongside his owner, Andrés. Their love of music takes Vivo on a journey as he sets out to deliver a message from Andrés: a love song to the famous Marta Sandoval in time for her farewell concert in Miami.

AFI Fest 2021 will be the event that premier’s Lin Manuel Miranda’s highly anticipated film, Tick, Tick...Boom! This film marks Miranda’s feature directorial debut, as the Pulitzer Prize and Tony Award winner brings the autobiographical musical by Jonathan Larson, who revolutionized theater as the creator of “Rent,” to the big screen.

The 35th edition of AFI Fest runs from November 10 to November 14.

Photo courtesy of The Match Factory

Netflix has acquired Tatiana Huezo’s “Prayers for the Stolen” (Noche de la Fuego), a critically acclaimed Mexican drama which world premiered at Cannes in the Un Certain Regard section and won a special mention.

The film follows three friends in their journey into adolescence. In a town where there are only women and poppy planting has enforced violence, these girls cut their hair like boys and have underground hiding places to survive; but in their own world, magic and joy still prevail.

It is said that the legendary singer Aretha Franklin thought long and hard about which multi-talented performer could play her in the biopic of her rise to stardom, Respect. After many years of deciding, she handpicked Jennifer Hudson for the role.

Jennifer Hudson has received various accolades for both music and acting, including an Academy Award, a Golden Globe Award, and two Grammy Awards. Now, Hudson depicts why she believes Franklin chose her.