Check out new projects featuring diverse voices, how networks are celebrating Pride Month with their programming, Latinx actors getting lead roles and more in this week's fresh news! 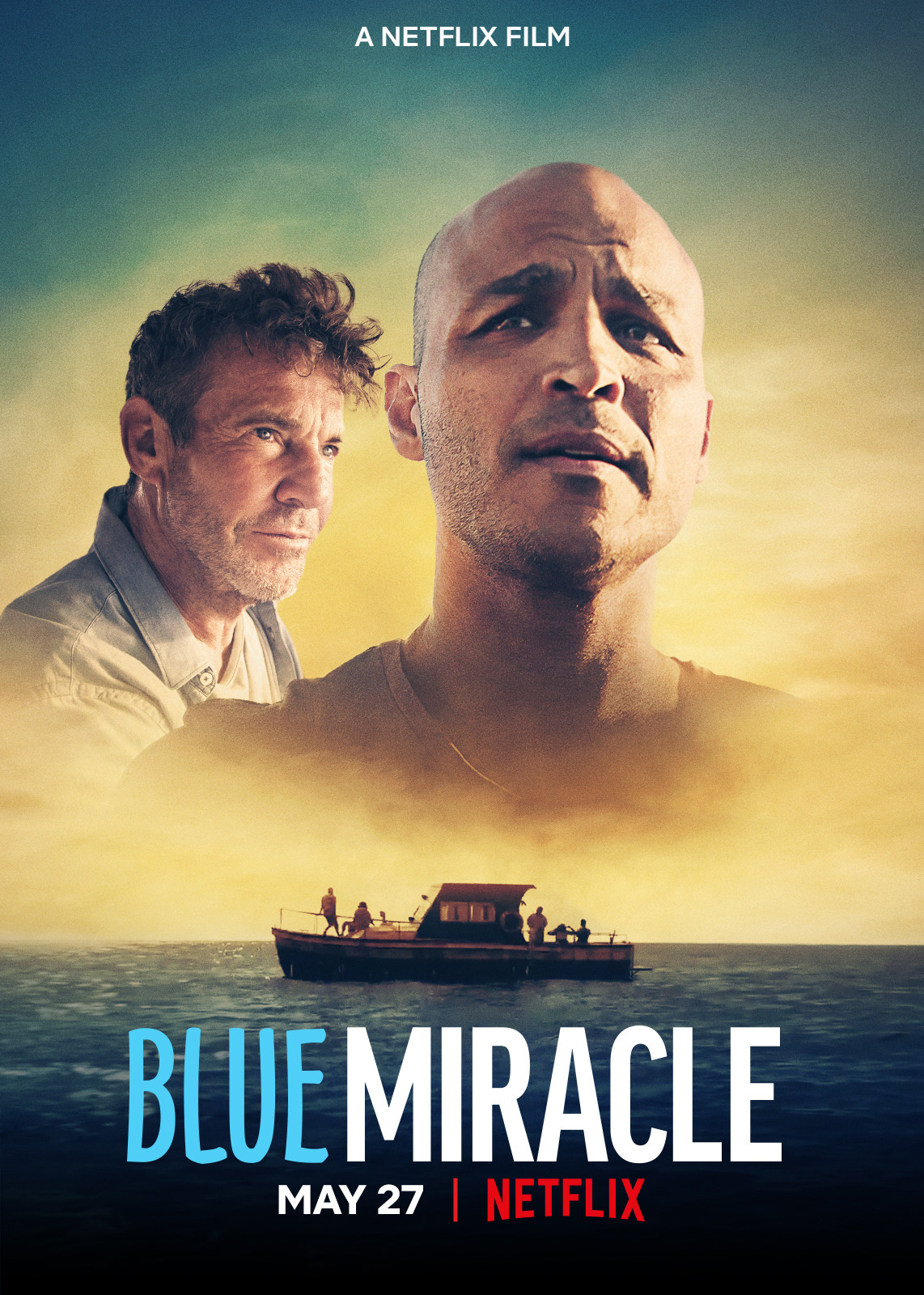 Directed by Julio Quintana and written by Chris Dowling, "Blue Miracle" tells a heartwarming story based on true events about Casa Hogar's boys in Cabo San Lucas, Mexico banded together to save their home after it was destroyed during Hurricane Odile. With no prior fishing experience, they entered the famous Black & Blue Fishing Tournament in Cabo to raise the money to save their home.

Check out the trailer here: https://bit.ly/3wzGcr0 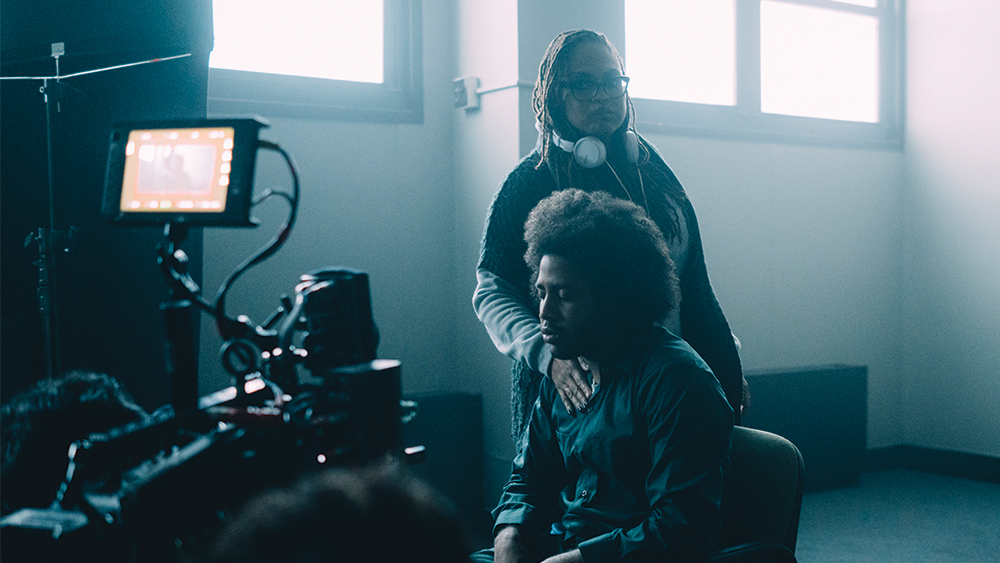 In response to the demographic data reported by the California Film Commission for projects funded by the state tax credit from 2015 to 2020, data showed just 13% of workers in the industry were Latino, 6% were Black and 3% were Asian American. As a result, Senator Ben Allen pushed to pass bill SB 611 which creates an incentive for productions to hire graduates from underrepresented communities. The program is called the Career Pathways Training Program and has the support of Hollywood studios and labor groups. It passed 39-0 and now heads to the Assembly. 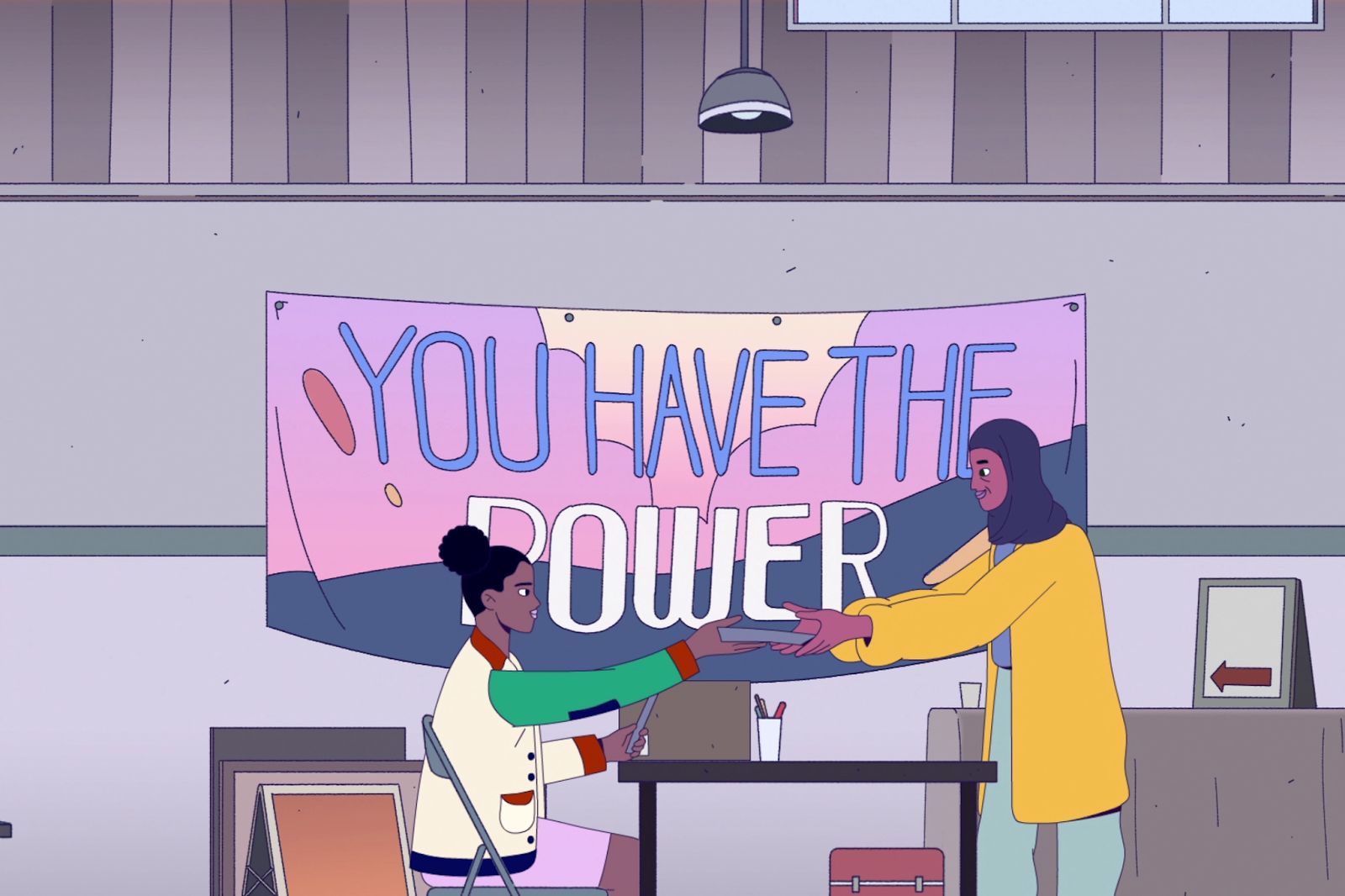 We the People is an up-and-coming series of music videos that covers a range of basic U.S civic lessons. The show is intended to educate a new generation of young Americans about the power they hold as citizens and residents of the U.S and understanding what government and citizenship mean in a modern world. The series is being produced by President Barack Obama and Michelle Obama’s Higher Ground Production alongside “Doc McStuffins” creator Chris Nee. The artists featured in this series include H.E.R., Janelle Monáe, Brandi Carlile, Lin-Manuel Miranda, Adam Lambert, Cordae, Bebe Rexha, KYLE, Andra Day, and poet Amanda Gorman.

“We the People” will premiere on Netflix on July 7th, click here to watch the trailer. 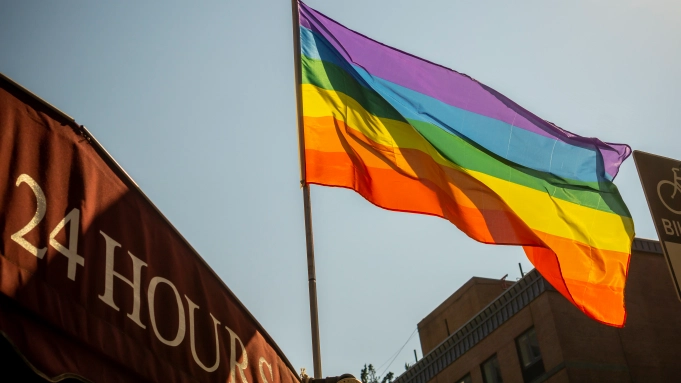 In honor of Pride Month, many streaming services, networks, and other mediums have put together an array of content that celebrates the Gay Liberation Movement, which originated from the Stonewall Uprising in 1969. Many of the content not only celebrates gay pride but also depicts a true representation of the struggles many queer-identifying individuals faced during a time where homophobia and violence was very much alive.

Showtime has 50 hours of LGBTQ+ programming including Xy Chelsea, Same-Sex America, Beyond Opposite Sex, L Word Mississippi: Hate the Sin and Semper Fi; select episodes of Desus & Mero; and the first seasons of The L Word, The L Word: Generation Q, Queer as Folk, Work in Progress and Couples Therapy.

Click here to see a sampling of programming from TV networks and other media platforms, organizations and communities. 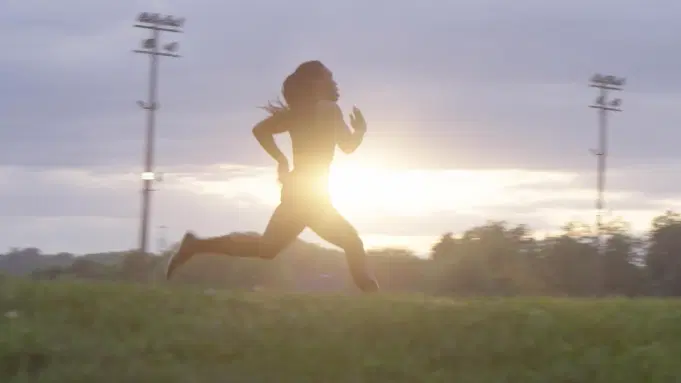 In this past year, we have seen more than 100 anti-trans bills introduced to state legislators. Hulu’s newly premiered series “Changing the Game” follows the stories of three transgender kids, their parents, and professional doctors as they try to fight transphobic laws. After receiving overwhelming support from the series, producer Alex Schmider, GLAAD’s associate director of transgender representation states, “People are suddenly activated to want to fight for these young people to be able to participate fully in public life, which includes being able to go to school and play sports and do all the things that kids should get to do.” 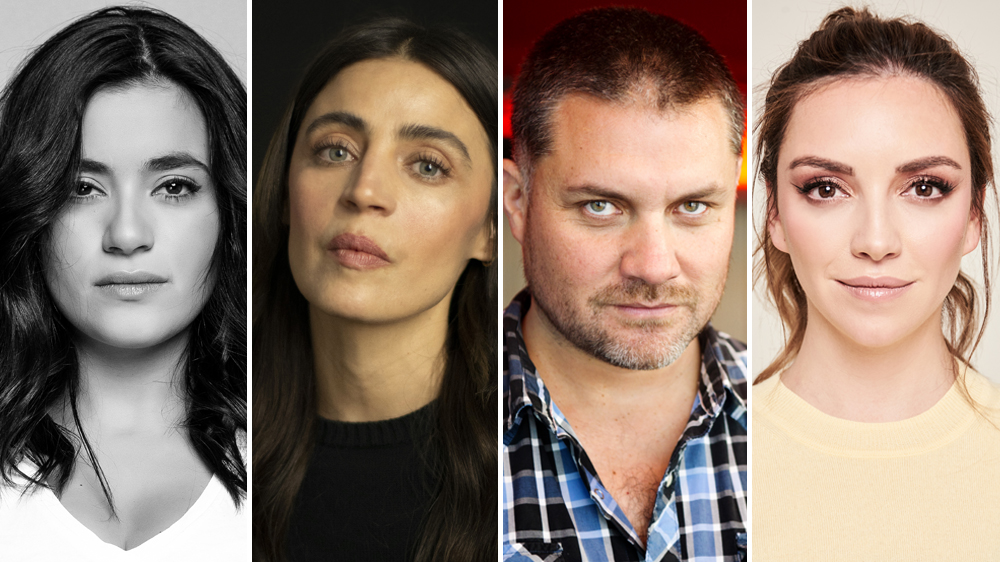 The Chile-based film and TV production house, Fabula, of Pablo and Juan de Diós Larrain, is set to produce “Maquíllame Otra Vez.”  This comedy film will star three Mexican actors who are at the forefront of their generation: Ilse Salas, the female lead of Alonso Ruizpalacios’ “Güeros” and Alejandra Márquez’s “The Good Girls”; Paulina Gaitán, the female star of “Diablo Guardian,” Amazon Prime Video’s first series in Mexico; and Regina Blandón, famed in Mexico for her TV roles in high-profile shows such as Televisa novela “El Hotel De Los Secretos” and its sitcom “Renta Congelada.” 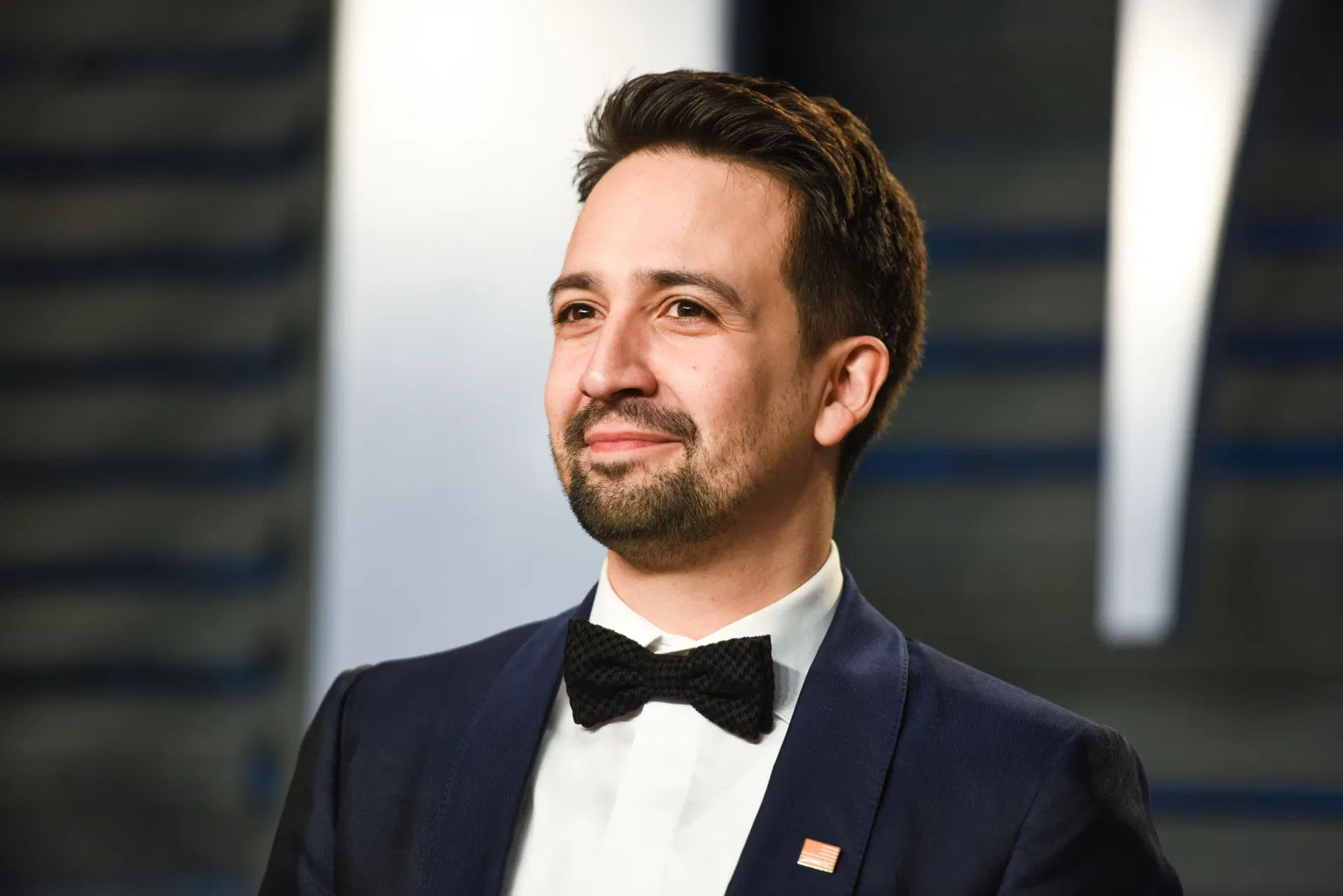 As a storyteller who writes about Latinx experiences, Lin Manuel Miranda discussed with Indie Wired that ‘Latino’ and ‘Latinx’ have their own limit when defining 32 different countries with one word. Previously the debate was between ‘Hispanic and ‘Latino but that debate has recently been forgotten as our community has started to seek gender-neutral terms. The new terms that are gender-neutral and friendly to our LGBTQ+ community are ‘Latinx’ and ‘Latiné’. “Latiné is great because it’s Latino-created,” he said. “I’m cool with all of it. I use them interchangeably because I think the pie is still cooling and it will never be perfect because it’s trying to capture too much stuff.”

Click here to read more as Lin Manuel Miranda briefly discussed why he chose Jon M Chu to direct “In the Heights.” 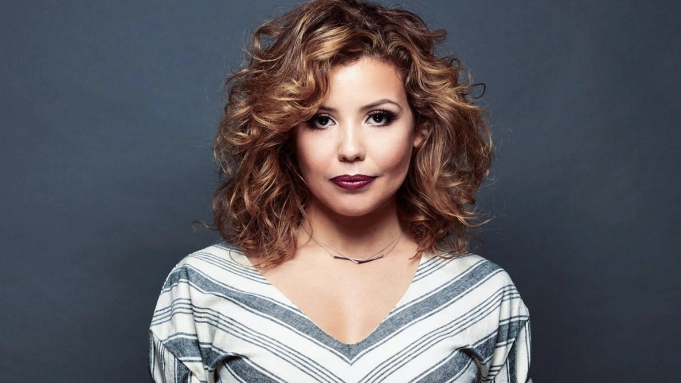 The star of “One Day at a Time” Justina Machado is set to star in the title role of Amazon Studios, “The Horror of Dolores Roach.” The series is based on the Gimlet Podcast and said to be directed and produced by Roxann Dawson. This horror show is a Sweeney Todd-inspired tale of eat or be eaten, with themes of love, betrayal, weed, gentrification, cannibalism, and survival of the fittest. 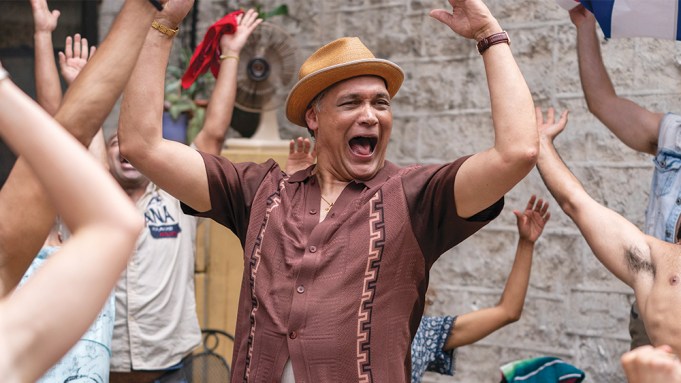 Jimmy Smits is being honored for his incredible award-winning TV performances from his days in "L.A Law" to "NYPD Blue" , "The West Wing,” “Dexter” and “24.” As well as his big sceen peformances in “Star Wars” and “Mi Familia”, which inspired Lin-Manuel Miranda, who finds himself working alongside Smits in the upcoming “In the Heights” in theaters and on HBO Max on June 11. “I remember seeing it on a school trip with other Latino kids. We all went to see it when it came out,” Miranda recalls. “You know, that’s Bobby Simone from ‘NYPD Blue’ and Leia’s dad! It’s crazy he’s in our movie.”