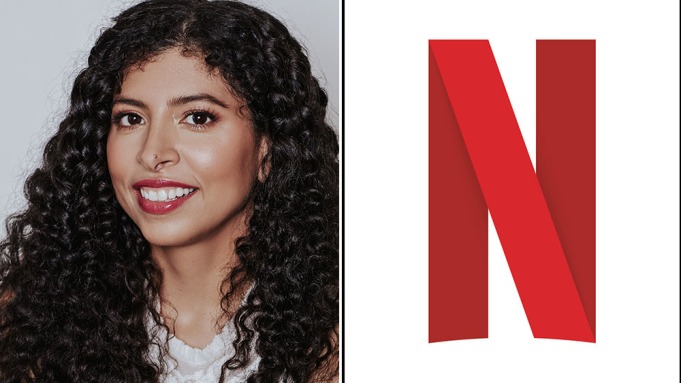 Netflix signed a multi-year overall deal with creator, writer, and producer Kalinda Vazquez (Star Trek: Discovery, Fear The Walking Dead). Under the terms of the deal, she will create, write and produce new series and other projects at the streamer. Read more here. 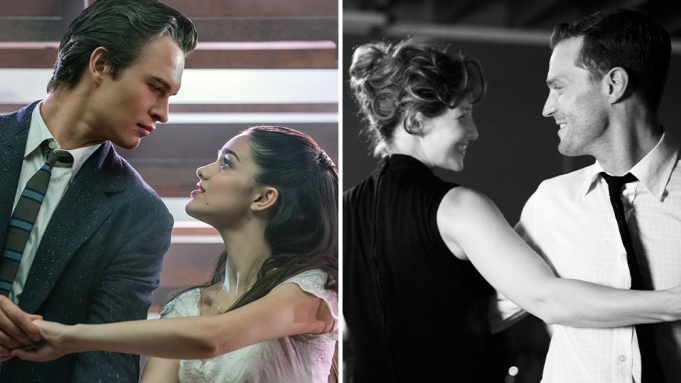 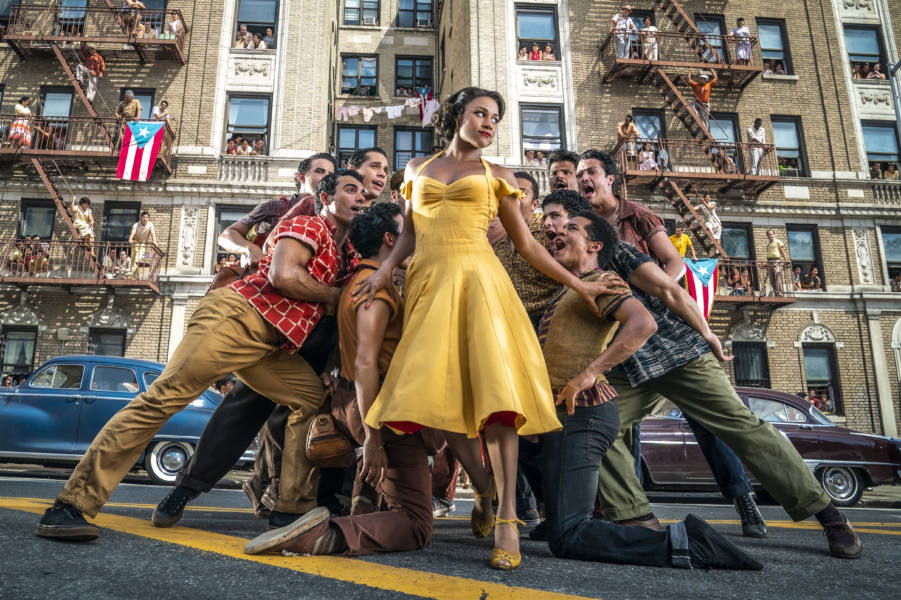 'West Side Story' was “made for the Latinx community” Rachel Zegler and Ariana DeBose told HipLatina in this interview. Zegler and DeBose discuss the representation and authenticity in this adaptation of West Side Story Movie. Read the article here. 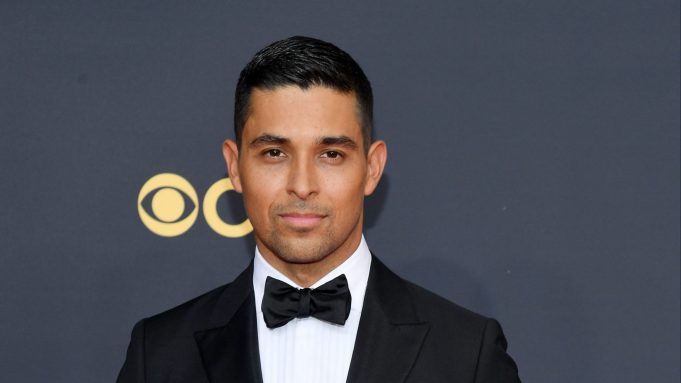 Wilmer Valderrama is attached to star in and executive produce a live-action “Zorro” series that is in development at Disney Branded Television.

The show is a reimagining of the Disney-ABC “Zorro” series starring Guy Williams that aired in the 1950s. That show also starred Gene Sheldon, George J. Lewis, and Henry Calvin. It aired for 78 episodes between 1957 and 1959, with four hour-long episodes airing in the early 1960s. Read more here.

Paul Presburger, Producer Matt Walden on One of Pantelion’s Big Swings for 2022: ‘La Usurpadora, the Musical’ 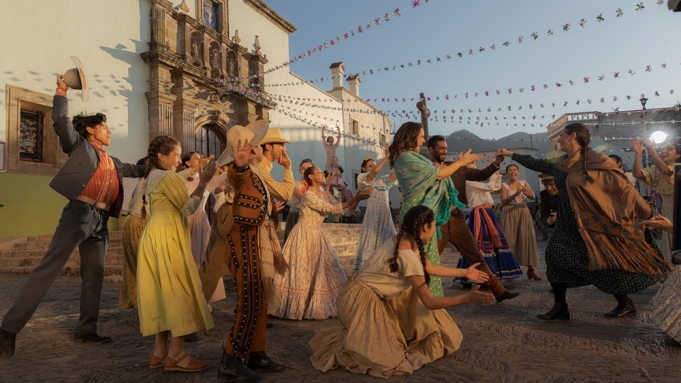 Simultaneously, with The Lift Entertainment, it has gone into production in Mexico on “La Usurpadora, The Musical,” a modern musical movie makeover of Televisa’s 1998 telenovela classic that punched humungous ratings and was exported to 125 countries.

A few days into the shoot, Variety talked to Paul Presburger, Pantelion Films and Pantaya CEO, and Matt Walden, producer of “La Usurpadora, The Musical” and an ex-Columbia Pictures, Fox and Arista Records executive, about the latest big swing from Pantelion. Read the interview here.

From ‘The Challenge’ to ‘The Chair,’ Authentic Multi-Language Casting Nets Global Appeal 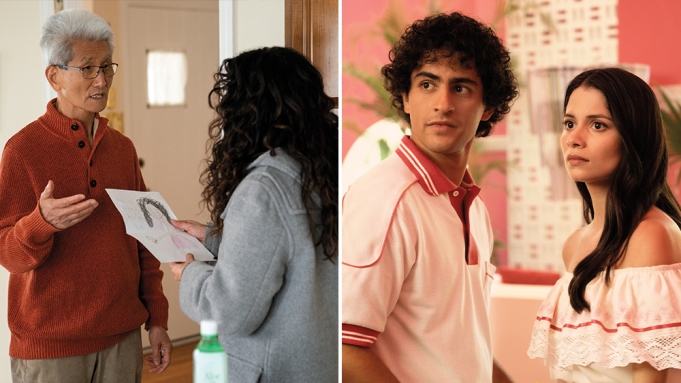 As the rate to which streaming platforms allow engagement with local-language content from around the world grows, so too does the size of viewership. This is opening the door for multilingual programming in scripted series, as well, and continuing the discussion around the importance of authenticity in the casting process.

In this Variety article, veteran casting director Avy Kaufman, who worked on Netflix's "The Chair," and casting directors Susan Vash and Alejandro Reza from Apple TV Plus' "Acapulco" offer their comments on their process casting for authenticity in these multilingual shows. Read the article here.

‘Prayers for the Stolen’ Leads Latin American Hopefuls at Oscars 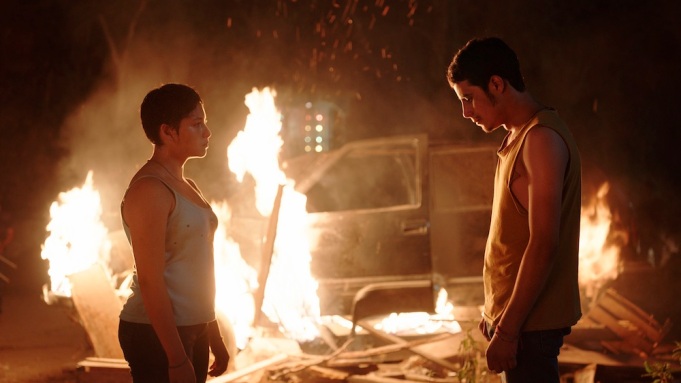 Latin America has submitted 15 contenders in the Academy Awards’ international feature category this time, not quite as big a haul as last year’s tally of 18.

Leading the hopefuls is Mexico’s “Prayers for the Stolen,” the fiction debut of Tatiana Huezo, one of Variety’s 10 Directors to Watch in 2022. Her tale follows three girls as they come of age in a remote village afflicted by the drug trade and human trafficking. The Cannes Un Certain Regard winner is now streaming on Netflix, which is putting all its promotional heft behind it. The film’s producers are Jim Stark (“Coffee and Cigarettes”) and Nicolas Celis, the latter a key producer of Mexico’s first-ever international feature Oscar winner, “Roma,” by Alfonso Cuarón. Read more here. 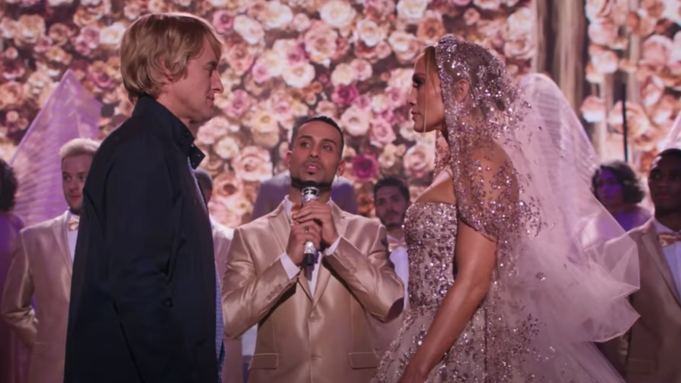 “Marry Me,” a musical romantic comedy starring Jennifer Lopez, will debut on Peacock on Feb. 11, 2022, the same day as its theatrical release.

The Universal Pictures film was intended to premiere exclusively on the big screen, but the studio opted to shake up its release plan at a time when dramas and comedies — and basically any movie that isn’t part of a major film franchise — have struggled to sell tickets in theaters. Read more here.

Between ‘Holiday in Santa Fe’ and ‘With Love,’ Emeraude Toubia May Just Be the New Queen of Christmas TV 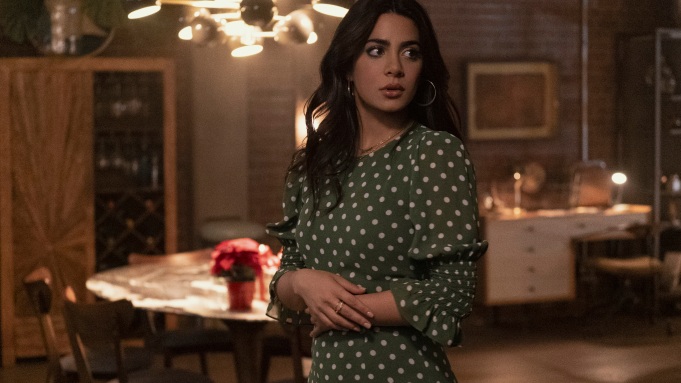 There a few performers’ names who, when you hear them, sound synonymous with holiday-themed television. This year, Emeraude Toubia should one of them.

The former “Shadowhunters” star traded stunts and sci fi for cozy sweaters and the new relationship ups and downs of both Lifetime’s “Holiday in Santa Fe” and Amazon Prime Video’s “With Love.” Read more here. 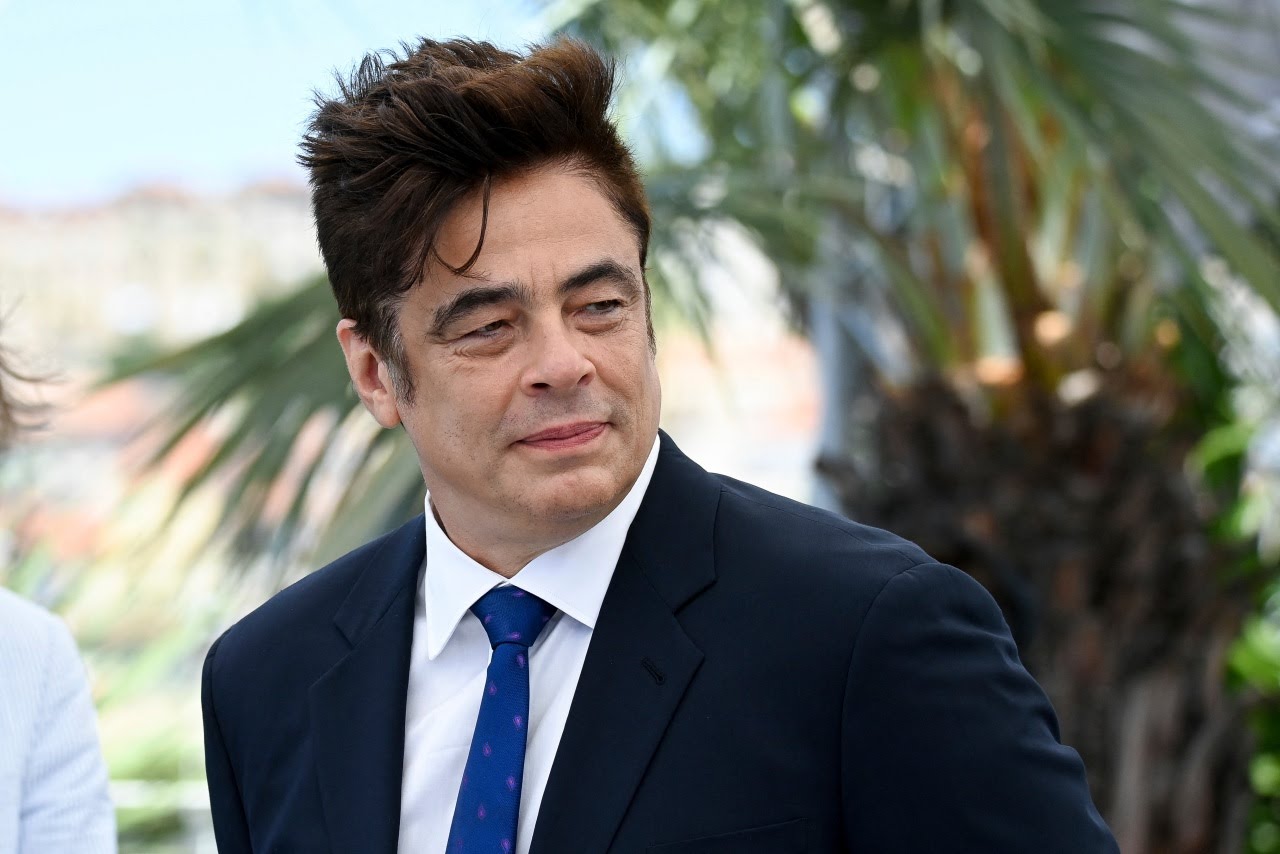 Sicario and Traffic star Benicio Del Toro is teaming up with L.A.-based Exile Content Studio to develop a slate of scripted and unscripted TV projects from emerging creatives.

The partnership will look to support talent from Latin America and the U.S. Hispanic market who are working on Spanish- and English-language projects. Read more here. 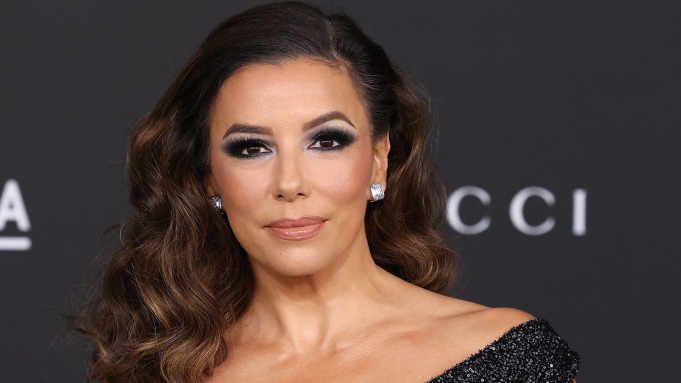 Eva Longoria is coming to CNN, or at least its forthcoming streaming service, CNN+.

The actress and producer will host a new travel series for CNN+ called Eva Longoria: Searching for Mexico. The series, which is a pseudo-spinoff of the CNN show Stanley Tucci: Searching for Italy, will debut with six episodes in 2022, and will be produced by Raw, the same studio behind Searching for Italy. Tucci will also be an executive producer on the new series. Read more here. 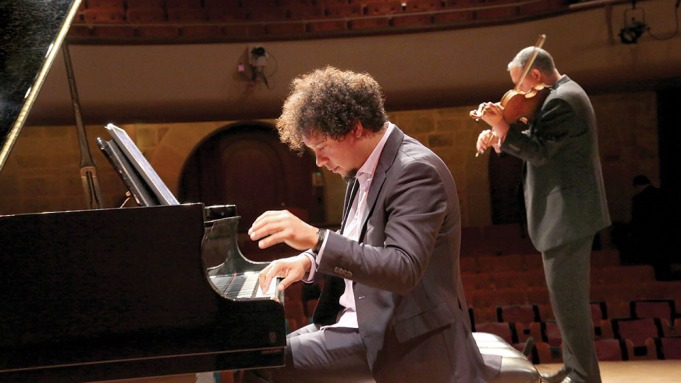 “Our story of two Afro-Cuban virtuosos who love their own countries, love each other’s countries and love each other, adds a level of nuance rarely seen in news or documentary reporting on Cuba,” filmmakers Marcia Jarmel and Ken Schneider tell The Hollywood Reporter, via email, of their documentary Los Hermanos/The Brothers. It’s a tale of two long-separated brothers — one living in the U.S., one living in Cuba — who reunite, however fleetingly, to create beautiful music. Read more here. 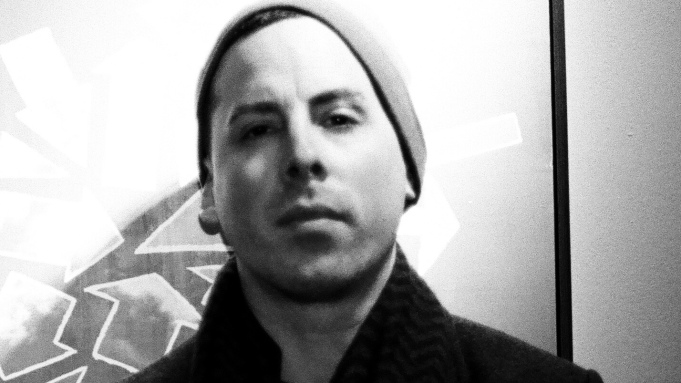 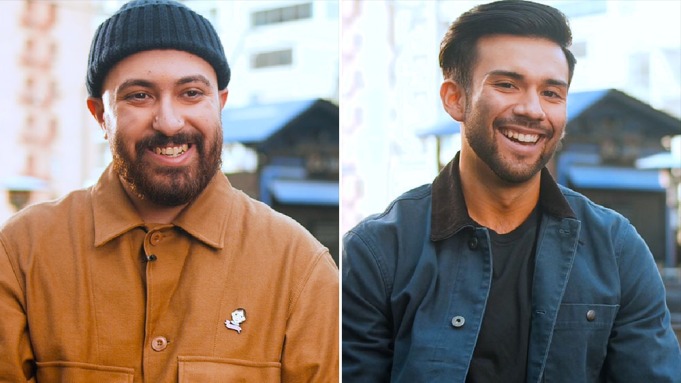 Nosotros and Comcast NBCUniversal have announced Jorge J. Calderon and Jared Trevino are the winners of its 3rd annual Ya Tu Sabes Monologue Slam.

The competition showcases a diverse group of Latinx writers and actors with original monologues and performances from different perspectives of the Latinx/e experience while using universally relatable themes. Read more here.