Will Smith, Jennifer Hudson, ‘The Harder They Fall’ Among Winners At AAFCA Awards 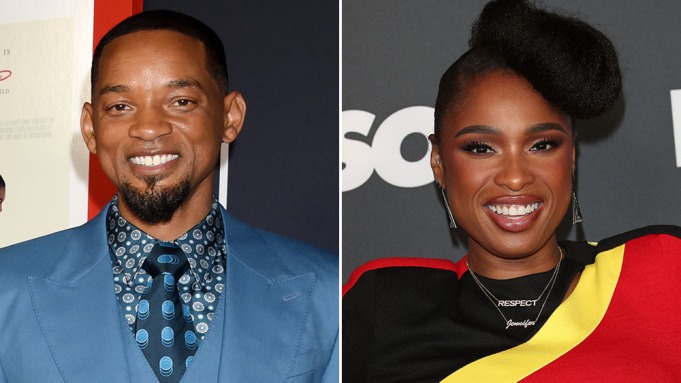 Will Smith of King Richard and Jennifer Hudson of Respect re among the winners of the 13th annual African American Film Critics Association Awards. Winners will be feted on March 2 in Los Angeles. The Harder They Fall matched King Richard‘s four wins including best film, best ensemble, best music and best director for Jeymes Samuel. 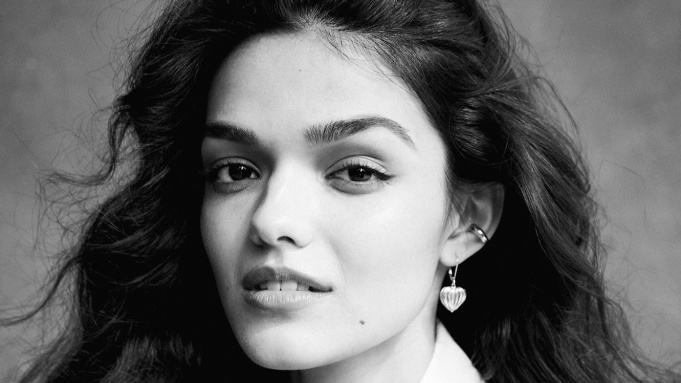 Rachel Zegler saw the first cut of “West Side Story” in September 2021, along with co-stars Ansel Elgort, Ariana DeBose, David Alvarez and Mike Faist. When director Steven Spielberg surprised them by showing up at the end of the credits, he was met with tears and gratitude.

The latest episode of Variety’s Awards Circuit Podcast features 20-year-old Zegler, whose career is taking off. The rising star discusses white Latina privilege, the Oscar buzz that she’s been receiving for her performance and her upcoming roles in the superhero sequel “Shazam 2” and Disney’s live action version of “Snow White.” Listen below!

To Make ‘Jockey,’ Star Clifton Collins Jr. Cut Out All Distractions — and Created the Best Work of His Career 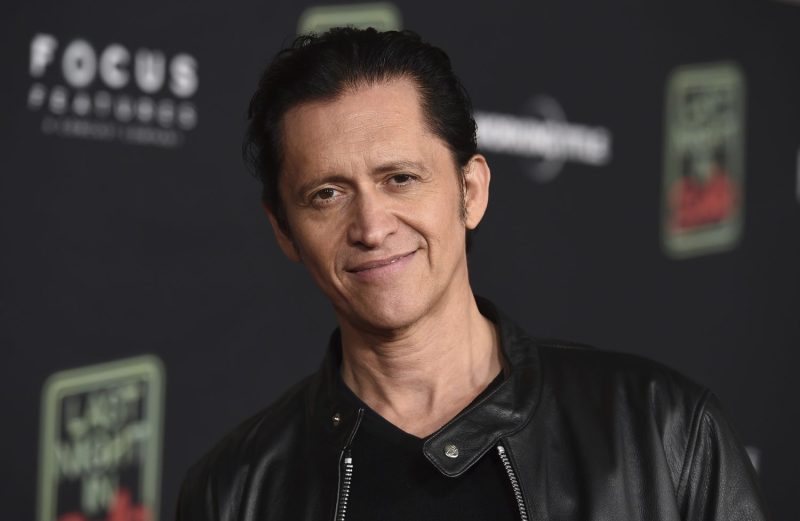 Deep into production on Clint Bentley’s feature directorial debut “Jockey,” star Clifton Collins Jr. reached an impasse: His agent kept calling him up with what the actor referred to as “money scripts,” and the long-time actor just didn’t have the time or the headspace to worry about other projects. Hell, he didn’t have time to worry about anything else but the tiny indie about a jockey nearing the end of his run in the lauded drama. The film premiered at Sundance 2020 after being picked up by Sony Pictures Classics, and has earned Collins the best reviews of his career, plus a recent Indie Spirit nomination for his performance. 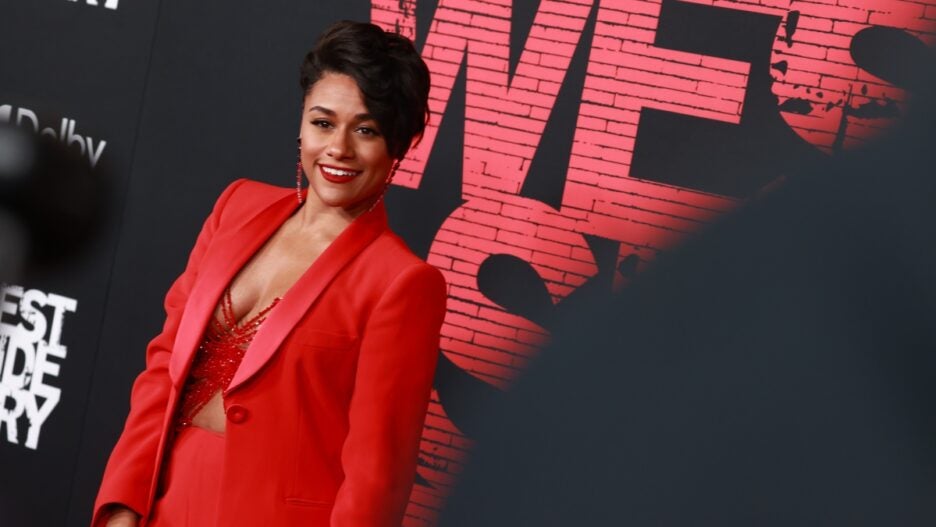 “Saturday Night Live” has set “West Side Story” star Ariana DeBose as its first host for 2022. DeBose, who stars as Anita in Steven Spielberg’s remake of the classic musical, will helm the Jan. 15 episode with Roddy Ricch as musical guest.

It will be the first time on the Studio 8H stage for both. Along with “West Side Story,” DeBose has appeared in Netflix’s “The Prom” and Apple TV+’s “Schmigadoon!” DeBose was part of the original cast for “Hamilton” and can be seen in the filmed version for Disney+.

'Encanto' is thriving on TikTok weeks after its theatrical release. Here's why. 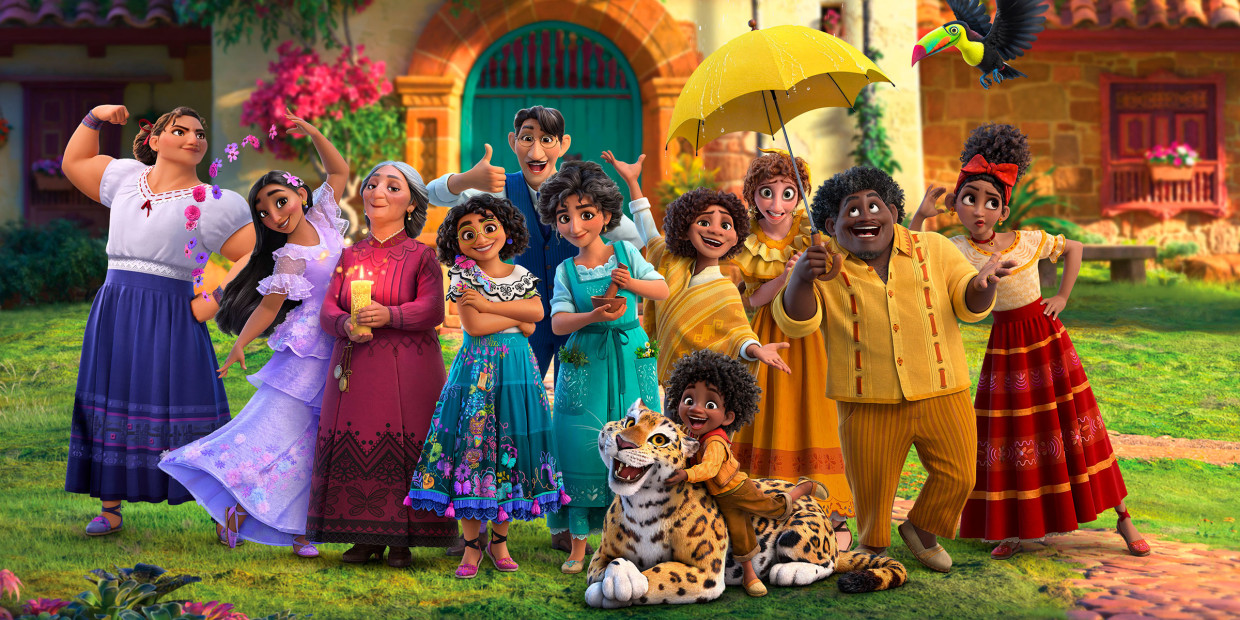 Before Maribel Martinez ever sat down to watch “Encanto” with her daughter, she heard the film’s music on TikTok. Specifically, “Surface Pressure,” sung by the story’s middle sister, Luisa Madrigal.

“Give it to your sister, it doesn’t hurt, and see if she can handle every family burden,” Luisa sings, revealing how she is struggling with living up to the pressure from her family while trying to keep herself intact.

The song captivated Martinez, 23, whose TikTok followers told her she should make videos related to the film and pointed out her resemblance to Luisa. So Martinez posted a video of herself lip-syncing to the song on Dec. 29. It’s now been viewed more than 24 million times.

Sidney Poitier, a Titan of Hollywood’s Golden Age, Passes Away at 94 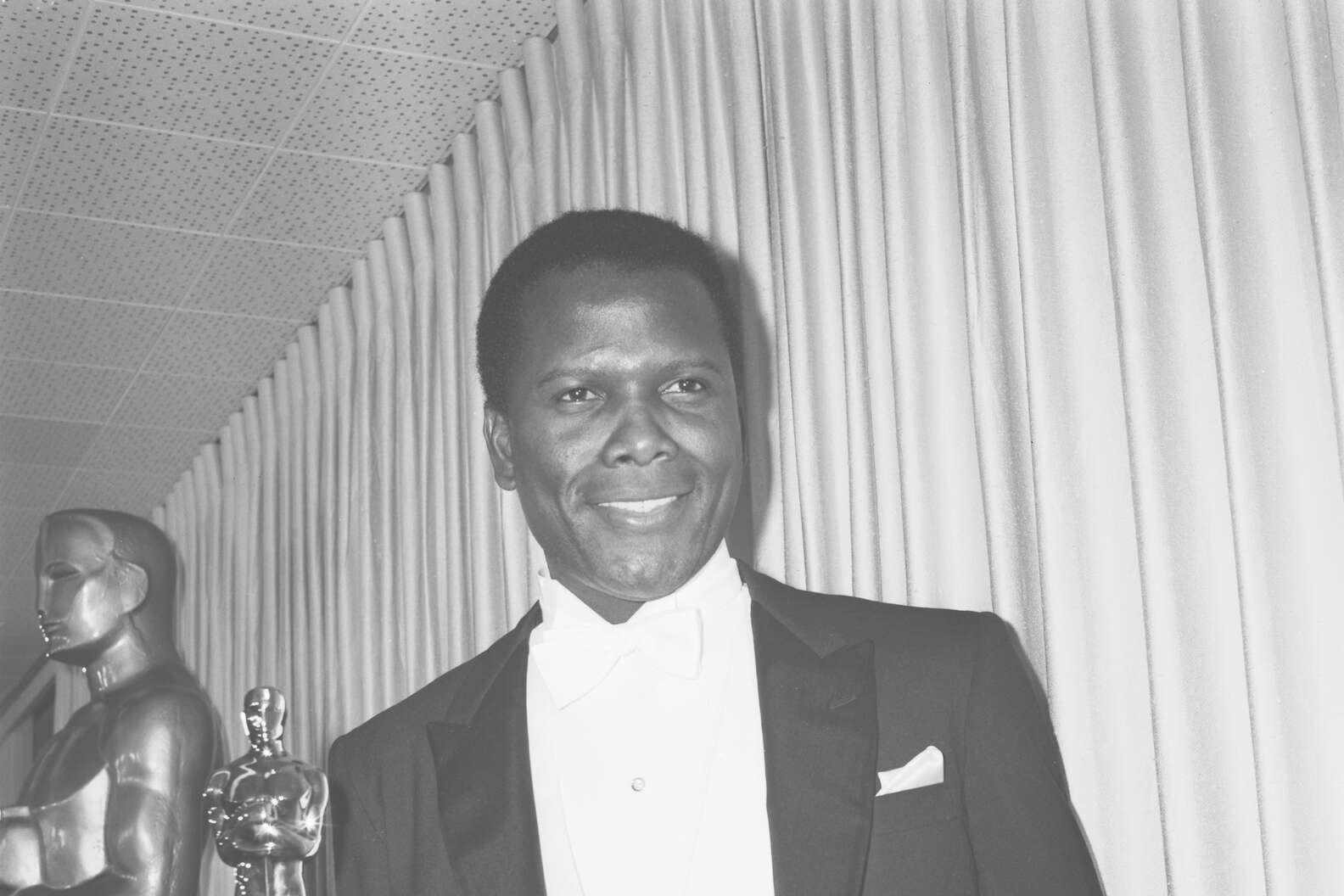 Sidney Poitier, one of the first Black movie stars in Hollywood and an icon of the silver screen from the 1940s through the 1990s, has passed away at the age of 94.

Over the course of his career, Poitier starred in some of the most consequential films in American cinema, including “In the Heat of the Night,” “Guess Who’s Coming to Dinner” and “Lilies of the Field.” The former two films, both released in 1967, are considered groundbreaking works for their honest depictions of racial tension and interracial marriage during Civil Rights-era America. 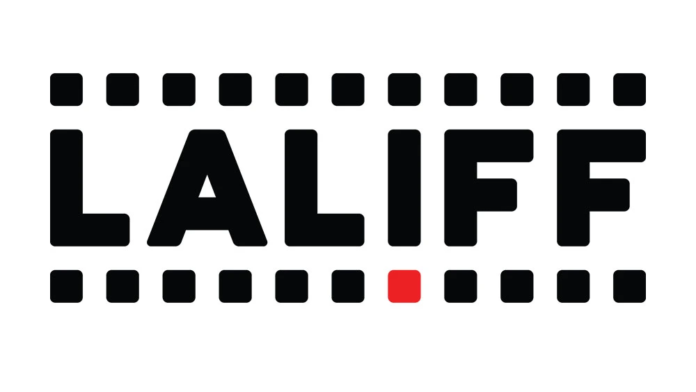 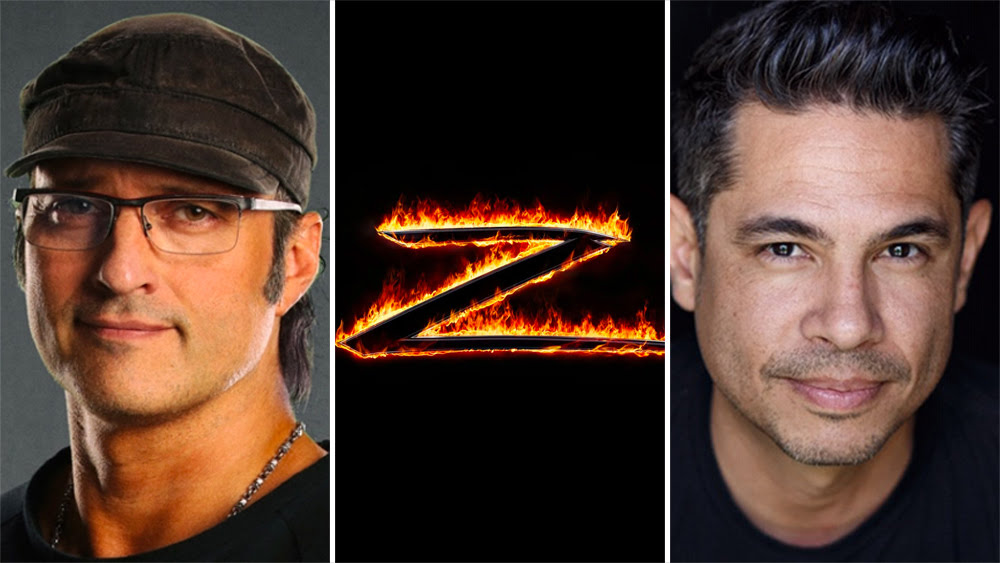 Zorro is headed to the CW. The young-skewing network has put in development a gender-swapped reimagining of the classic masked vigilante character, from filmmaker Robert Rodriguez, writer-director Rebecca Rodriguez, Sean Tretta (Mayans M.C.) and Ben Silverman and Howard T. Owens’ Propagate. CBS Studios, where Propagate has a deal, is the studio.

This is a new incarnation of the project, which was in development at NBC during the 2020-21 cycle, with Tretta as a new addition to the brother-and-sister writing team of Robert and Rebecca Rodriguez.

Variety has promoted Michelle Sobrino-Stearns, President and Group Publisher, to the newly created post of Chief Executive Officer, effective immediately. She will retain the duties of Group Publisher.

As CEO of Variety, Sobrino-Stearns will oversee both the editorial and business units of the venerable entertainment news brand. She is responsible for setting Variety‘s strategic agenda and driving its overall financial health and profitability while working closely with Penske Media’s senior leadership and its Board of Directors. 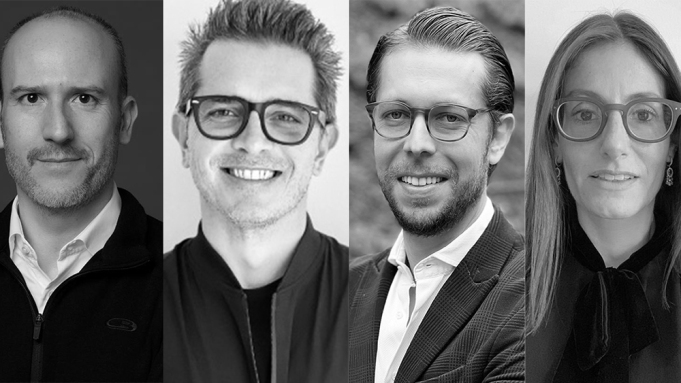 Univision has added four new executives to strengthen its streaming team in preparation for the launch of its upcoming two-tiered global platform that is slated to deliver Spanish-language content to 600 million people worldwide. Roger Sole has been appointed as chief marketing officer, Vincenzo Gratteri as SVP of development, Adam Waltuch as SVP of streaming partnerships and Rita Chertorivski as SVP of business and legal affairs.

As Media Companies Focus On Streaming, The Audience Of Their Cable Networks Continue To Drop 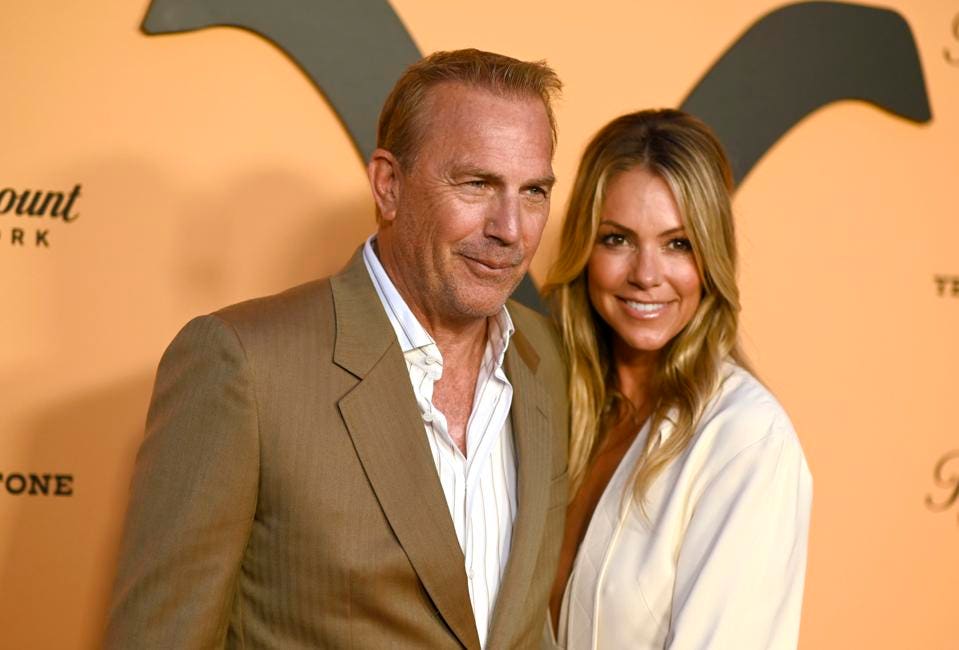 How many new filmmakers attempt to break through every year? A hundred? A thousand? For 25 years — ever since a pair of up-and-comers named Wes Anderson and Alfonso Cuarón made the cut back in 1997 — Variety has been curating an annual list of just 10 helmers who stand out from the crowd, breakthrough storytellers we expect to go far. Past honorees have won studio gigs (Denis Villeneuve, Christopher Nolan), Oscars (Barry Jenkins, Steve McQueen) and even the Palme d’Or (Ruben Östlund, and most recently, “Titane” director Julia Ducournau). 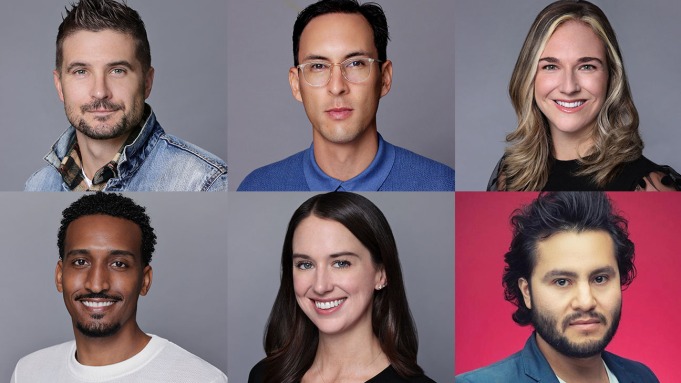 Lionsgate has bolstered its Motion Picture Group with a host of production team hires and promotions.

The announcement by Erin Westerman, president of production, follows the Hollywood studio producing 16 movies during the coronavirus pandemic. Returning to Lionsgate as executive vp of production is Brady Fujikawa, most recently head of development at BRON Studios. 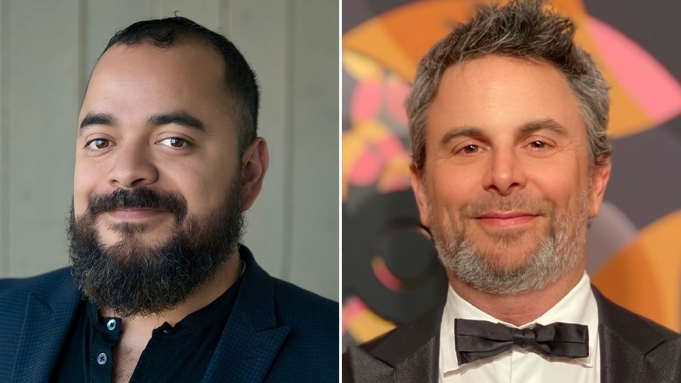 Sony Pictures Entertainment has signed an overall deal with the writing and producing team of Eduardo Cisneros and Jason Shuman under their new production arm, RaqMar Entertainment.

The new entity will focus on writing and producing with a multicultural emphasis for the theatrical market. They will also cultivate up-and-coming talent by mentoring new voices from the U.S. and international/bilingual markets.

“It is critically important to us to tell stories that subvert negative stereotypes and embrace cultural specificity in an authentic way, and we are grateful to Sony Pictures for their robust support in helping us to achieve that goal,” said Cisneros in a statement to Deadline. “Our company name, RaqMar, signifies convergence and we are honored to be in a place where underrepresented points of view meet storytelling with a global theatrical appeal.” 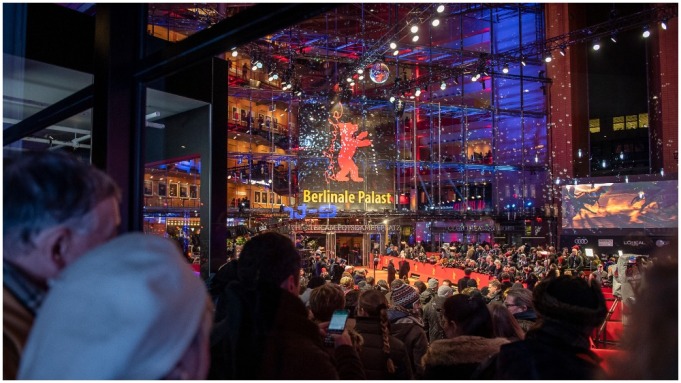 The Berlin Film Festival will go ahead as an in-person event in February, Variety has confirmed.

Although the European Film Market, which normally runs alongside the Berlinale, will be fully virtual, organizers have said the festival will continue as planned, albeit with strict COVID protocols in place for delegates who decide to attend, all of which will be revealed in the coming days.

A spokesperson for the festival told Variety: “We are very pleased with the positive signal from the authorities so far and feel encouraged to continue with the planning. We hope to be able to announce the final concept for the 2022 Berlinale very soon.” 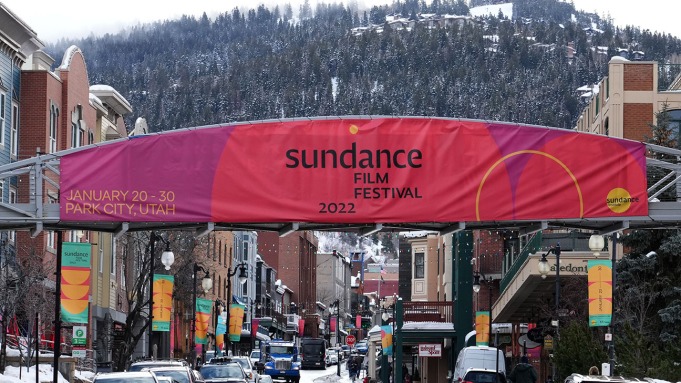 This year finds the global film industry pretty much back where it started this time in 2021. A surge in COVID-19 infections, driven by the omicron variant, forced both the Sundance Film Festival (Jan. 20-30) and Berlin’s European Film Market (Feb. 10-17) to go all virtual for the second time in a row. Producers, financiers, international distributors, and sales companies, who have seen in-person business dealing put on hold since early 2020, will be stuck with Zoom meetings and virtual presentations for a while yet. 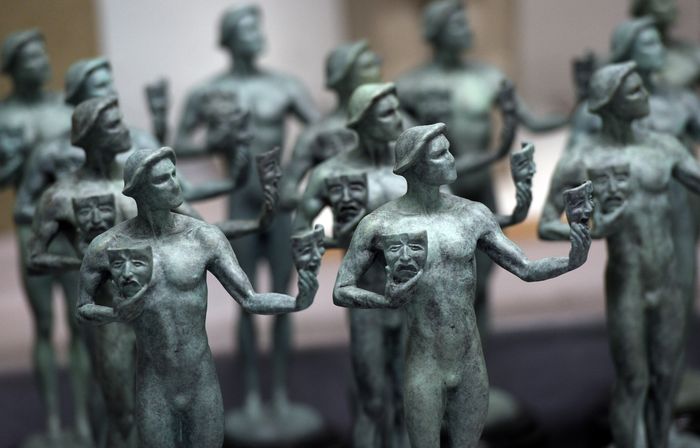 The Oscar race may be missing in-person glitz this year, but it doesn’t lack for star power. Will Smith, Lady Gaga and Ben Affleck landed individual nominations for the 28th Screen Actors Guild Awards on Wednesday, while the casts of “Belfast” and “CODA” were among those nominated for the guild’s top award, best ensemble.

The nominees were announced Wednesday by actors Vanessa Hudgens and Rosario Dawson on Instagram Live. While the nominations were conducted virtually due to the surge in COVID-19 cases, the streamed announcement still represented one of the most meaningful mornings in an awards season largely snuffed out by the pandemic.

Netflix’s blockbuster original show “Squid Game” has made history at the 2022 Screen Actors Guild Awards by becoming the first non-English-language series and first Korean series to score a nomination. “Squid Game” is up for outstanding cast in a drama series opposite “Succession,” “Yellowstone,” “The Morning Show” and “The Handmaid’s Tale.” The show also picked up nominations for actor in a drama series (Lee Jung-jae), actress in a drama series (Jung Ho-yeon), and stunt ensemble. 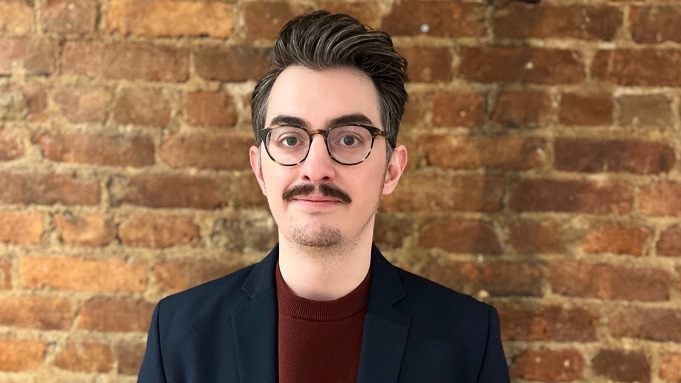 As a first-generation Mexican American, Perez is the first Latinx executive produce in the show’s history. He will replace Ben Lehmann, who will step down after heading the show for five seasons. 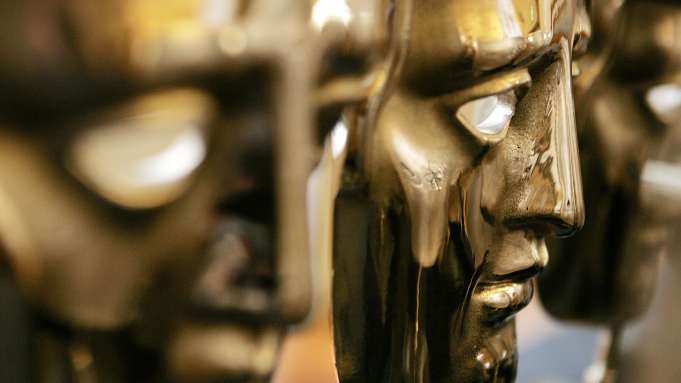 BAFTA has unveiled the longlists across all categories for its 2022 Film Awards. Scroll down to see them in full.

These lists have been compiled via Round One of BAFTA’s voting. Round Two, which determines the nominations, opens on January 14 and closes on January 27.

The Rising Star Award nominations will be announced on February 1. The full nominations will then be unveiled February 3. Round Three, to determine the winners, runs February 9 – March 8. The 2022 BAFTA Film Awards take place March 13, with a physical ceremony planned.