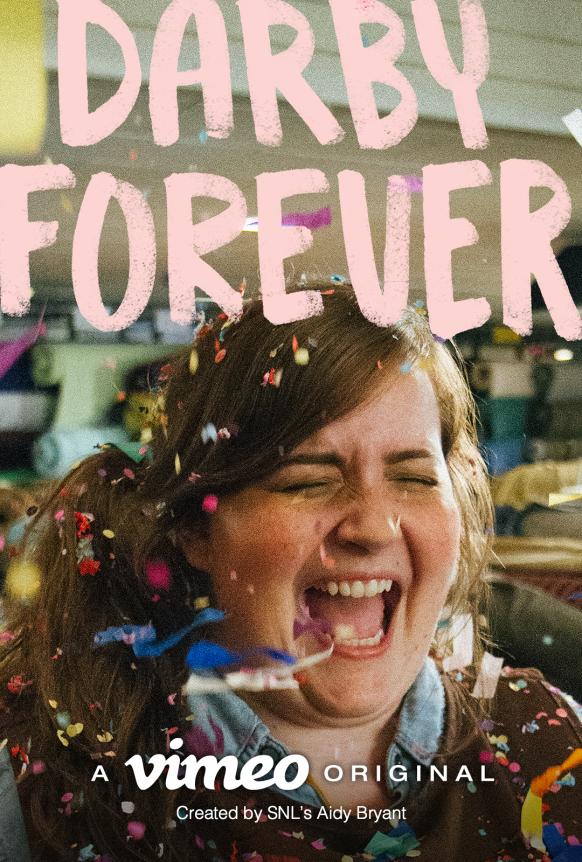 Things aren’t so hot for women in Hollywood right now. We kind of always knew that, of course, but now that Jennifer Lawrence is writing letters about not getting paid as much as her male costars and The New York Times Magazine is writing huge features on how tough it is for women to get anywhere as filmmakers, it’s getting harder to ignore.

The thing is, it shouldn’t be ignored—it should be fixed. To help with that, Vimeo is launching Share the Screen, an initiative to help female filmmakers by funding their projects, teaching them the business, and promoting their movies.

“From its beginning Vimeo has always stood for the democratization of filmmaking, and of sharing videos, and of gaining access to audiences,” says Vimeo CEO Kerry Trainor. “When we see all of the information from the past couple years about just how wide the gender equality gap is in the entertainment industry, lending our support identifying and celebrating female voices made all the sense in the world.”

Under the initiative, announced today at the Sundance Film Festival, Vimeo will bankroll at least five projects from women filmmakers this year. It will identify burgeoning directors through its current acquisitions pipeline, the team behind its original series, and the in-house group that handles the platform’s Staff Picks. Staffers also will meet with female filmmakers during Sundance in a bid to find candidates.

Once Vimeo chooses the filmmakers, it will help promote the films  offer them for sale or rental. It’s similar to what the video streaming site has done with original programming like High Maintenance, but with a female focus. Trainor says the amount Vimeo is willing to invest in the programming—be it a series of episodes, a full-length feature, or a short film—is “uncapped,” and five the minimum number of projects it will fund this year.

The idea, of course, is to change the vicious cycle in Hollywood. A recent study, by the Center for the Study of Women in Film and Television at San Diego State University, found the number of women directors for top-grossing movies remained at 9 percent from 1998 to 2015. While it’s hard to say exactly why that number remained static, it might have a lot to do with studios’ low confidence in female filmmakers’ bankability—which will never change if women don’t get to make films and prove the studios wrong. That’s what Vimeo hopes to change.

Share the Screen kicks off with Darby Forever, a short from Saturday Night Live cast member Aidy Bryant, on February 18. In case you’re wondering why the name doesn’t have the word “female,” “women,” or “lady” in it, it’s because future ventures will finance and support filmmakers of other backgrounds and minorities.

“The ability of the Internet, and Vimeo specifically, to put power in the hands of anyone who wishes to create great video,” Trainer says, “is something that we’re very excited to get behind.”

Check this out on wired.com