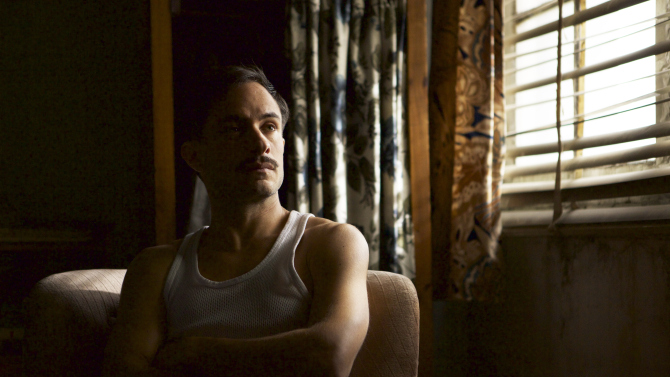 Variety has had exclusive access to the first stills from the set of Pablo Larrain’s “Neruda,” one of the biggest movies coming out of Latin America.

Now shooting on location in Chile, “Neruda” reunites Jeff Skoll’s Participant Media with “No” director Larrain and star Gael Garcia Bernal. It is also the next film under the Participant PanAmerica initiative.

Twentieth Century Fox will distribute “Neruda” in Chile. It will premiere in the winter of 2016.

A portrait of the makings of Chile’s Nobel Prize-winning poet Pablo Neruda as a man, artist, legend and political renegade, “Neruda” is set between 1946 and 1948 as the Cold War kicks in hard. Neruda – played by Luis Gnecco (HBO’s “Profugos”) – now a member of Chile’s Communist Party and a Senator, criticizes the government for its imprisonment of striking miners. The President of Chile calls for Neruda’s arrest. On the run, with Chile’s police, lead by Inspector Oscar Peluchonneau (Bernal), in hot pursuit, Neruda began writing “Canto General,” a 231-poem history and ode to Latin America.

Some of Neruda’s earlier poetry might be technically finer; but nobody in Latin America has written a poetry work of such scale or categorical sympathy for Latin America’s dirt-poor masses. Yet Peluchonneau is determined to deliver Neruda, a fugitive now sheltered by Chile’s underground opposition, to his President.

“The film turns on Pablo Neruda’s defining his identity as a human being, where he stands for the rest of his life,” said Fabula’s Juan de Dios Larrain.