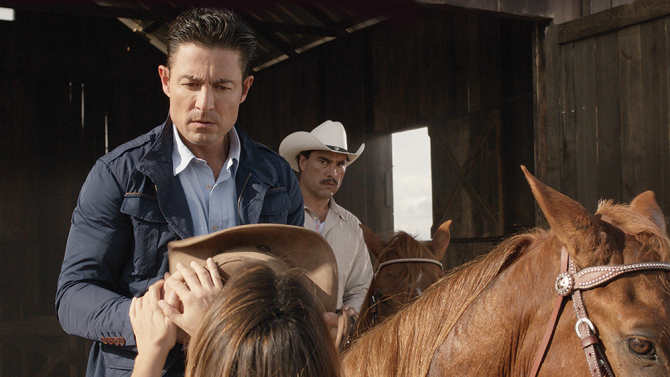 Hispanics in the U.S. go to the movies a lot, but reaching them with anything other than Hollywood blockbusters is a challenge for America’s Latino filmmakers.

Pantelion, a joint venture of Lionsgate and Televisa, and the only major Latino distribution outfit that targets the U.S. market, saw the power of the Hispanic audience in 2013, when its Mexican import “Instructions Not Included,” a family dramedy from Eugenio Derbez, made $44 million domestically. And with a 2014 MPAA report citing Hispanics as 23% more likely to purchase movie tickets than are other ethnic groups, relative to their share of the population, Pantelion is looking to double down in the domestic market, even as distribution startups are hoping for a piece of the action.

While Pantelion has not yet had another success on the level of “Instructions” — the elusive U.S. Latino market is drawn to superhero fare, just like the wider audience — its new slate reflects a bigger mix of themes, ranging from upcoming Spanish-language heist comedy sequel “Ladrones” to Mexican imports such as the animated “Un gallo con muchos huevos,” which has grossed more than $7 million since its Sept. 4 limited domestic release, as well as English-language Latino-themed pics and Spanish-language remakes of international hits such as Derbez’s upcoming “The Valet” (France) and “Chinese Take-Out” (Argentina).

The Spanish-language “Ladrones,” which bows Oct. 9, aims for the humor of an American pic, according to its director, Joe Menendez, and scribe, Jon Molerio.

“The smartest decision we made was to cast the film to reflect the U.S. Hispanic population, which is mainly Mexican but also includes people from the Dominican Republic and Puerto Rico, among others,” says Pantelion chairman Jim McNamara.

Pantelion acknowledges that its marketing costs on the film exceed the pic’s $3 million budget (although it was mum on the exact amount). It’s that kind of commitment that has made the distributor the first stop for Latino filmmakers. But even with its expanded slate, Pantelion must turn away many, including Carmen Marron, the director, producer and co-writer of “Endgame,” about a chess champion, inspired by a true-life story in Brownsville, Texas, where it was shot.

“I did approach Pantelion, but they said it was too similar to another English-language Latino-themed release of theirs, ‘Spare Parts,’ ” says Marron of the fact-based students-against-the-odds drama.

Instead, Marron will self-distribute “Endgame,” which debuts Sept. 25 in two theaters in L.A. and one in Brownsville.

Still others opt for a nontraditional distribution strategy. Anthony Lucero’s feature debut “East Side Sushi” — about a single Latina mom who strives to become a sushi chef — is the first theatrical pickup of the Hola Mexico Film Festival and its founder, Samuel Douek, who launched a distribution venture with the 15-screen release of the drama on Sept. 18.

The film’s Sept. 17 premiere at the Egyptian Theatre in Hollywood also marked the launch of Latino Media Visions, a year-long series of screenings, seminars and networking events to showcase and develop entrepreneurial Latino content makers, according to Bel Hernandez, CEO of the Latin Heat Media Institute, which partnered with Impresario Global Media Group and Alex Mendoza & Associates to create the initiative.

“Our belief is that (a project) starts with the audience, not the script,” Hernandez says.