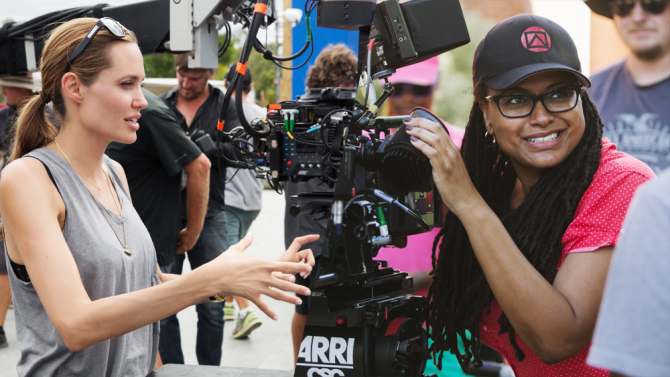 Female directors helmed a mere 6.4% of the 376 movies released in 2013 and 2014, according to a new report by the Directors Guild of America.

“What this report does not reflect is what people who love film – even our culture as a whole – are missing when such a disproportionate percentage of films are directed by one gender or one ethnicity,” said DGA president Paris Barclay. “Unfortunately, we don’t have a metric for that. What you will see is what happens when industry employers – studios and production companies – do little to address this issue head on.”

Barclay, who was the executive producer and principal director on “Sons of Anarchy,” is in his second two-year term as the first DGA’s first African-American president. He’s repeatedly stressed the importance of diversity during his tenure.

“The DGA, by detailing the state of director hiring with the precision of our data, hopes to draw further attention to this serious matter so that industry employers can develop concrete director diversity plans,” Barclay said. 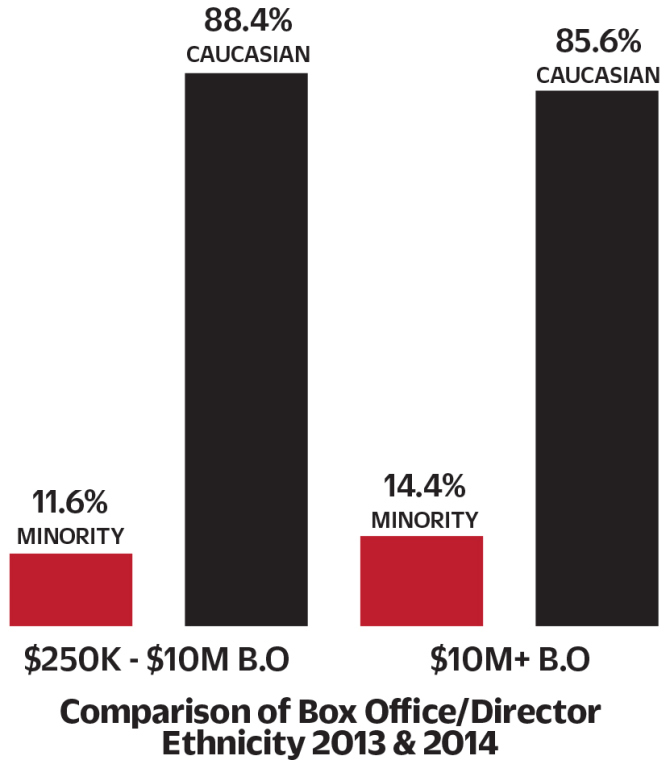 In its analysis by studios, Lionsgate had the top mark for women directors with 9%, while Disney, Warner Bros. and the Weinstein Co. employed no female helmers. Lionsgate also had the highest mark for male minority directors with 32%.

“The numbers paint a grim outlook for diverse film directors – women in particular,” said DGA Diversity Task Force co-chair Bethany Rooney. “Much like our recent reports on television director diversity, we hope this report will put a magnifying glass on a system that makes it disproportionately challenging for talented women and minority film directors to get hired.”