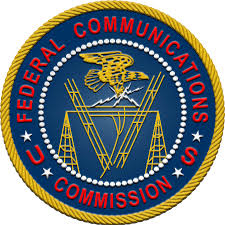 Net-neutrality advocates quite literally danced in the snowy streets Thursday outside the Federal Communications Commission in Washington just before the agency voted to approve the strongest ever rules on net neutrality.

The vote marks the culmination of a yearlong struggle that pitted grassroots Internet advocates and Silicon Valley tech giants against the titans of the telecom industry.

The FCC’s vote is considered a historic victory for so-called open-Internet advocates, and a major blow to big Internet service providers, such as Comcast and Verizon, which will now be subject to stronger regulations.

Crucially, the FCC’s new rules were designed to give the agency explicit legal authority to regulate broadband-Internet providers by reclassifying broadband under Title II of the federal Communications Act.

Because of a weedy legal issue, the U.S. Court of Appeals for the D.C. Circuit found in January 2014 that the FCC did not have authority to regulate broadband, and therefore threw out the FCC’s previous rules on net neutrality, which were passed in 2010. The court recommended that the FCC reclassify broadband under Title II in order to establish its regulatory authority. Mobile-phone companies and public utilities are also classified under Title II.

The ISPs strongly opposed the Title II reclassification. They argue that the move will destroy innovation and investment in the nation’s digital infrastructure by imposing burdensome regulations on the industry. For example, under Title II, the FCC technically has the power to dictate how much ISPs can charge customers for online access.

The FCC has vowed it won’t regulate broadband as strongly as it could and that it will not control broadband prices. The new rules include a line guaranteeing that the FCC will not regulate “unbundling, tariffs, or other forms of rate regulation.”

Many net-neutrality advocates, including President Obama and Hillary Clinton, who did not immediately support Title II reclassification, have announced their support for the move recently. Clinton said at a conference on Tuesday that the move is the only plausible option available to the agency, which needs to establish its legal authority in order to regulate broadband at all.

Earlier this week, Republicans on Capitol Hill said they would not actively oppose the FCC’s new net-neutrality rules, since any new bill would be nearly impossible to get through Congress without Democratic support. But Verizon, AT&T and their trade group, the National Cable and Telecommunications Association, aren’t giving up quite yet. They are expected to sue the FCC again this year in an effort to have the rules thrown out.

The stakes in this battle are high. Net neutrality, the concept that an Internet-service provider can’t block, slow or otherwise hamper users’ access to any online site, has an immediate impact on nearly every business and individual in the country.

One of the biggest sources of controversy has been over what’s known as paid-prioritization agreements or Internet fast lanes. Open-Internet advocates and Silicon Valley tech firms, such as Google, Amazon and eBay, lobbied hard that any new net-neutrality rules should explicitly forbid ISPs from collecting payment from web companies for delivering their content to Internet users more quickly or in higher quality in paid fast lanes. A record-breaking 4 million people wrote to the FCC last year to comment on its proposed net-neutrality rules. The majority of commenters supported a version of net neutrality that prohibited fast lanes.

The FCC’s 3-2 vote Thursday broke down on party lines. Both Republican commissioners opposed the rules; all three Democrats, including chairman Tom Wheeler, who has close ties with the telecom industry, voted in favor of it. When the vote was announced, the room exploded in cheers.

Check this out at TIME.com