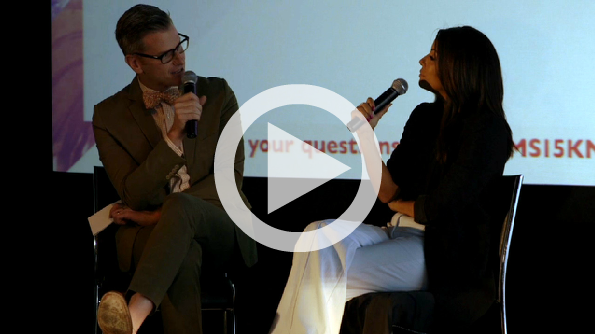 Eva Longoria is speaking out against Donald Trump.

The actress and political activist weighed in on the presidential candidate's controversial remarks about Mexicans during my keynote interview with her at the National Association of Latino Independent Producers (NALIP) Media Summit luncheon.

"Hitler moved a nation with words, just words," she continued. "So you have to expect this backlash. If you say something like that, as he has said, you must expect a backlash."

Longoria said she has been hesitant to comment on Trump because she didn't want to give him any more attention.

"It struck a cord within our community that touched our emotions so deep that I don't want to contribute to that poison being spread because if I contribute, it's just going to bring even more attention to the orginal comments," she said.

NBCUniversal announced yesterday they were dumping their relationship with Trump because of his brash commentary and beliefs.

Earlier today, Cheryl Burke and Thomas Roberts announced they were pulling out as co-hosts of the upcoming Miss Universe pageant.

Check this out at E!