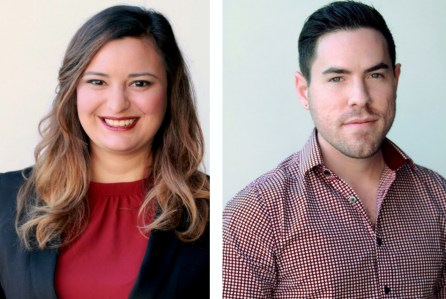 Eugenio Derbez and Ben Odell’s Santa Monica-based 3Pas Studios has expanded its team with two new hires and a promotion as the company continues to build its film and television slate and also expand aggressively into Latin America. The three executives are Adriana Martínez Barrón, Chris Stevens. Viviana Mauri was promoted.

Martínez Barrón has been hired in as a creative executive, overseeing Spanish language projects for Latin America and U.S. Hispanic audiences. Martínez Barrón began her career as a development assistant at Luis Balaguer’s and Sofia Vergara’s management company, LatinWE, before moving on to being a publicist at Hispanic marketing firm Arenas Entertainment.

Mauri has joined the team as an assistant in the film development department. She was previously at Sony Pictures Worldwide Acquisitions/Stage 6 Films.

“We are seeing growing opportunities for content that embraces diversity in the English language market and massive expansion in the Spanish language market both in the US and in Mexico and the rest of Latin America,” commented Odell.

3Pas Studio has a first-look deal with Lionsgate’s Pantelion Films and a  first-look with Universal Television. They are currently in post on the Ken Marino-helmed How to Be a Latin Lover in which Derbez stars along with Salma Hayek, Rob Lowe, Kristen Bell, Raquel Welch, Rob Riggle, Linda Lavin and Rob Huebel. Written by Chris Spain and Jon Zack, the film is on the schedule to release on April 28, 2017.

Other projects 3Pas has in development is Ponce, about the Spanish explorer Juan Ponce de León and his search for the fountain of youth. This one is set in modern-day America and written by Max Botkin. Two other projects in development are The Valet, which is a remake of the 2006 French comedy and an animated Speedy Gonzalez (based on the beloved cartoon character) at Warner Bros.

Check out article at deadline.com