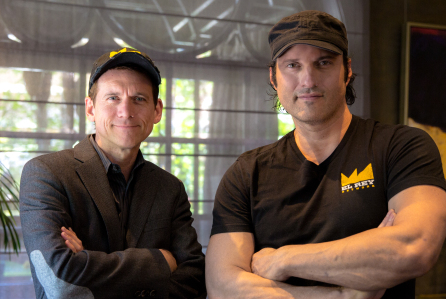 El Rey Network founder Robert Rodriguez is still in charge of the English-language network that targets young Latinos, which he jointly owns with FactoryMade Ventures — along with Univision, which has a 5% stake. But he has created a new role there for a GM and given it to Daniel Tibbets, a familiar name in traditional and new media circles.

Tibbets is not directly replacing Scott Sassa, who had been El Rey’s vice chairman since 2013 and left at the end of last year.

Tibbets comes to El Rey from Machnima, the digital platform where he served as chief content officer since late 2014. He’ll be based in Los Angeles and focus on digital expansion, content strategy and development, program planning and scheduling, production, acquisitions, talent relations, ad sales, business affairs and business development.

Prior to his stint at Machinima, Tibbets served as head of the digital media division at Bunim/Murray Productions. He also worked at CBS Enterprises, Papazian-Hirsch/Rysher Entertainment, FOXLAB Inc. and Twentieth Television and GoTV. Early in his career he wrote and produced TV programs and specials including Streetwise, World Champions Of Golf,  and the BBC/PBS miniseries Signs And Wonders starring James Earl Jones.

Rodriguez says that El Rey’s new GM is “an innovator” who “has a deep passion for what we are doing at El Rey Network.”

Tibbets lauds the network’s “unique brand proposition” that makes it “perfectly positioned to take advantage of consumers’ desire to engage with their favorite content in any form and platform they choose.”

Tibbets is joining El Rey at a time of big changes for Univision. The privately held Spanish-language broadcaster is believed to be preparing a public offering later this year. Last month it announced that it will take full control of another English-language network, Fusion, which it had run as a joint venture with Disney.