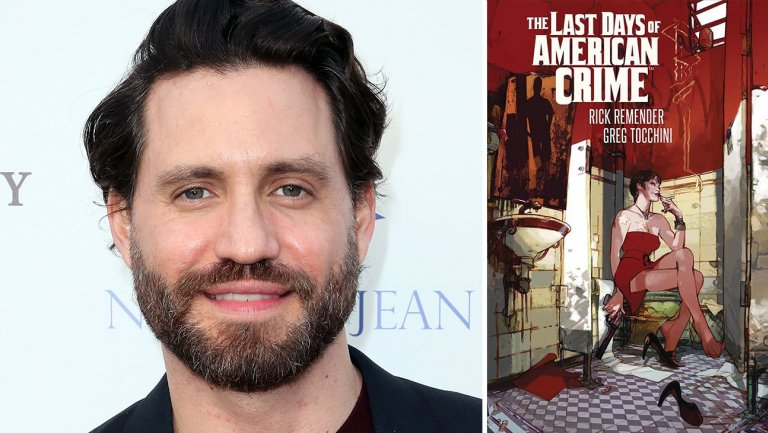 Edgar Ramirez is in negotiations to star in The Last Days of American Crime, Netflix’s adaptation of a Rick Remender comic book title.

Oliver Megaton, who directed action thrillers Colombiana and two Taken movies, is helming the gritty crime thriller that has a screenplay written by Karl Gajdusek. Gajdusek wrote the Tom Cruise sci-fi thriller Oblivion and is an executive producer on Stranger Things.

The story is set in a near future where the U.S. government, fighting terrorism and crime, plans to begin broadcasting a signal that makes it impossible for anyone to knowingly commit an unlawful act.

Ramirez will star as Graham Bricke, a career criminal who has never been able to make it big but gets caught up in a scheme with a femme fatale and her deadly boyfriend to commit the heist of the century. They have to beat other criminals, themselves and the clock before the signal turns on.

Remender, who also created Deadly Class and Black Science, wrote the comic which was drawn by Greg Tocchini. Radical Studios published the mini-series in 2009 and 2010.