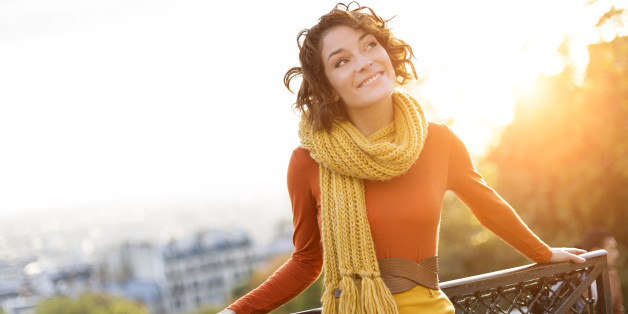 "Being Mexican American is tough. Anglos jump all over you if you don't speak English perfectly, and Mexicans jump all over you if you don't speak Spanish perfectly. We got to be twice as perfect as anybody else. We got to prove to the Mexicans how Mexican we are and we have to prove to the Americans how American we are. We got to be more Mexican than the Mexicans and more American than the Americans, both at the same time. It's exhausting! Man, Nobody knows how tough it is to be Mexican American."

I'll never forget how I felt when I saw that powerful scene in the movie "Selena." I was 27 years old, living in Miami where Spanish feels like and often is the primary language and my Puerto Rican and Cuban roots are embraced rather than shunned. I had recently realized that this "in between" place actually existed and I was experiencing this ñ concept from every angle. And now I was seeing it in a movie!

I completely identified with Selena's dad and the frustration in that scene. It got me thinking, "Do Latinos in America have to be twice as perfect as everybody else?" Over the last year, I've given this a lot of thought and I've come to realize that indeed yes, we do.

But instead of looking at it as a curse, look at it as a gift. Here's why.

Growing up, I absolutely felt like I had it twice as hard as my friends. I was a cultural fish out of water in my small country town 40 miles north of the Bronx where I was born and raised until I was 4. As a kid, the mainstream culture seemed infinitely easier for me to navigate in large part because of the media. I was raised on shows like the "Brady Bunch," "Bewitched" and "The Partridge Family." The show "Different Strokes" was the closest thing that we had to a diverse cast and even then, despite the fact that Willis and Arnold looked more like my childhood friends in the Bronx, they were living with a rich white father!

It all seemed so inaccessible to me.

When the TV was off, I was learning the Latino norms by watching my parents interact. Seeing them easily switch from English to Spanish and back again because some things, some feelings are just better communicated in Spanish.

I got intensive cultural training when we went to church on Sunday in Spanish Harlem, where not only was the service in Spanish but so was Sunday school. I learned by looks my mom or aunt would give me or by the way the people at church treated me how to act like a good Latina girl in church. I realized my brothers had a separate code of conduct and that it was very different.

The graduate level cultural training came when we would travel to La Isla to spend time with family.Those visits are ingrained in my head as some of the most treasured memories of my youth. Although I'd always sunburn first, my Latina skin would eventually turn brown. While my Spanish never felt up to snuff, by the time I left, it felt good enough. I picked up on nuances, like that my mother had a different sense of humor than she did when she spoke English. I learned how to listen in a new way, how to observe this culture that was mine to have but always felt out of my grasp.

But how did all of this make me twice as perfect or even twice as good?

When these worlds collided as they often did, like after a trip to Puerto Rico or after spending the weekend with friends in the Bronx, that's when the magic happened. Of course, it's where frustration happened as well.

It was at this intersection, where I invented who I wanted to be and the woman I am today. It was where I decided to pick up the pen and begin writing how my story was going to go.

Somewhere along the line I left behind not feeling Latina enough and not feeling mainstream enough and in the process strengthened cultural muscles that I can humbly flex within a moments notice.

That scene in "Selena" is still so funny to me. Just like Selena and so many other ñ's that had to grapple with the same sort of thing, I do believe because we are given the opportunity to stealthy navigate two cultures we are indeed, twice as good!

Check this out on Huffingtonpost.com