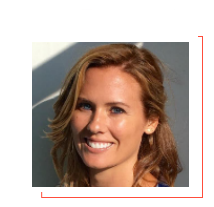 As one of the Executive Producers who developed ‘East Los High,’ and the founder of Wise Entertainment, a company dedicated to telling stories for and by women and people who are underrepresented in the mainstream, diversity has always been a natural part of what I do, because it is simply the only life I know.

Looking at me, you may be thinking, “Oh great, a white woman being given the platform to write a story on diversity and white privilege. So f—ing typical!” I say that because I would have the same reaction.

My brothers and I were pulled over by the cops all of the time growing up — something that never happened if I was with other white kids. One year we were told we were loitering and were asked to leave the mall, all for standing outside a store while we waited for my parents to Christmas shop. Again, something I did numerous times with white friends with no questions asked.

There are countless experiences — some hard hitting, while others subtler but just as poignant. Yet all are simply things you don’t have to think about or experience if you are white.

Witnessing the racism my family goes through, the ungrounded privilege I get just for being white, along with the atrocities we read about on a weekly basis, hundreds of black and brown people killed by police alone this year, make us all responsible and necessary for creating change, shifting the narrative on race in this country and the lens from which stories are told. We cannot be silent. Lives are being lost because of the dangerous narratives that have been told and sold.

After spending seven years working all over the world with local productions, I wanted to work in the U.S. market to help make stories like my family’s a part of the mainstream. I wanted to see characters like the people closest to me actually being represented — not being limited to a handful of stereotypes (often voiceless, over-sexualized or criminalized), but as the powerful, complex, funny, driven, loving, crazy and sensitive people that they are. For me, it wasn’t about producing “diverse content”— it was simply about telling stories that mattered to me and about people that I knew.

While the issue of diversity has finally been brought to the forefront in Hollywood with important campaigns like #oscarssowhite, white privilege is still the norm in the industry.

When you are pitching a show primarily featuring white characters, you’ll be asked what type of show and story it is, because executives know there are many different types of white people and stories. You won’t be sent to the smaller budget, less prominent “White Division” because there doesn’t need to be a White Department — being white is the assumption.

Once, my company pitched a show that had black leads, and people instantly compared it to Empire, though the two shows shared nothing in common other than the fact that the leads share the same color skin. Instead of the content and characters driving the discussion, it was simplified by some executives to being a “black” show and compared to one of the only other “black” shows they could think of.

Why is it that we can understand the wide range of stories, experiences and types of characters that there can be when we’re talking about white characters, but we don’t understand that when we’re talking about Black, Latino, Asian, Native American or other non-white stories? It’s because white stories have been given the opportunity to be told, to fail, to succeed, to highlight so many different human experiences. We need to have that same range for all people of all races, as the stories that have been told in our history books and on television alike have only portrayed a fraction of what actually exists.

Hollywood doesn’t fully realize its power as a political agent—or perhaps they are afraid of that responsibility—but the very notion of telling a story from one perspective and not another is in fact a political statement. The voices and perspectives that have long been ignored are the very stories I hope to help tell.

The need to tell these stories in an authentic way is one of the many reasons I developed and produced ‘East Los High,’ the longest running Hulu Original series, alongside two amazing Latino creators and producers, a predominantly Latino writing room, Latino directors, a black female Director of Photography, and an all-Latino cast and a very mixed production staff.

I remember actors reacting to the first casting breakdown, saying, “Wait a minute, all of the leads are Latino? With roles that aren’t stereotypes?” For so long, Latino roles in Hollywood have been limited to supporting roles that are lacking in complexity, often with over-sexualized female characters and machismo male characters, even though the Latino experience in the U.S. is vast and greatly varying. We wanted to produce a show with a wide array of character types, but all of whom are complex and layered and are shaped but never defined by their ethnicity.

Diversity is about much more than checking boxes or fulfilling quotas. It’s about the vital need for a variety of experiences and points of view. Valuing diversity behind and in front of the camera isn’t just the right thing to do — it’s critical to making great content, to capturing the rich and varied human experience that has many different faces and shades, yet shared emotions and a humanity that connects us all.

I founded Wise Entertainment on this very premise, with diversity at the center of the stories we tell and the teams we create. We also have a research and development team that works with nonprofits and other leaders on various social issues to help us stay connected to what is happening in the world and the voices and stories that need a platform. We seek out these stories and the authentic voices that can help bring them to life. It is this cross-section, this collaboration that allows us to create meaningful, edgy, mainstream shows that are reflective of the world we live.

I have always been moved by the power of storytelling to make a difference, to make us see differently and more compassionately. And I hope one day, my family and the many others whose stories have been left out of the mainstream will turn on the TV and see stories that reflect their own, and we all will experience a greater breadth of the human experience as a result.

Katie Elmore Mota is the founder of Wise Entertainment.

Check this out on motto.time.com