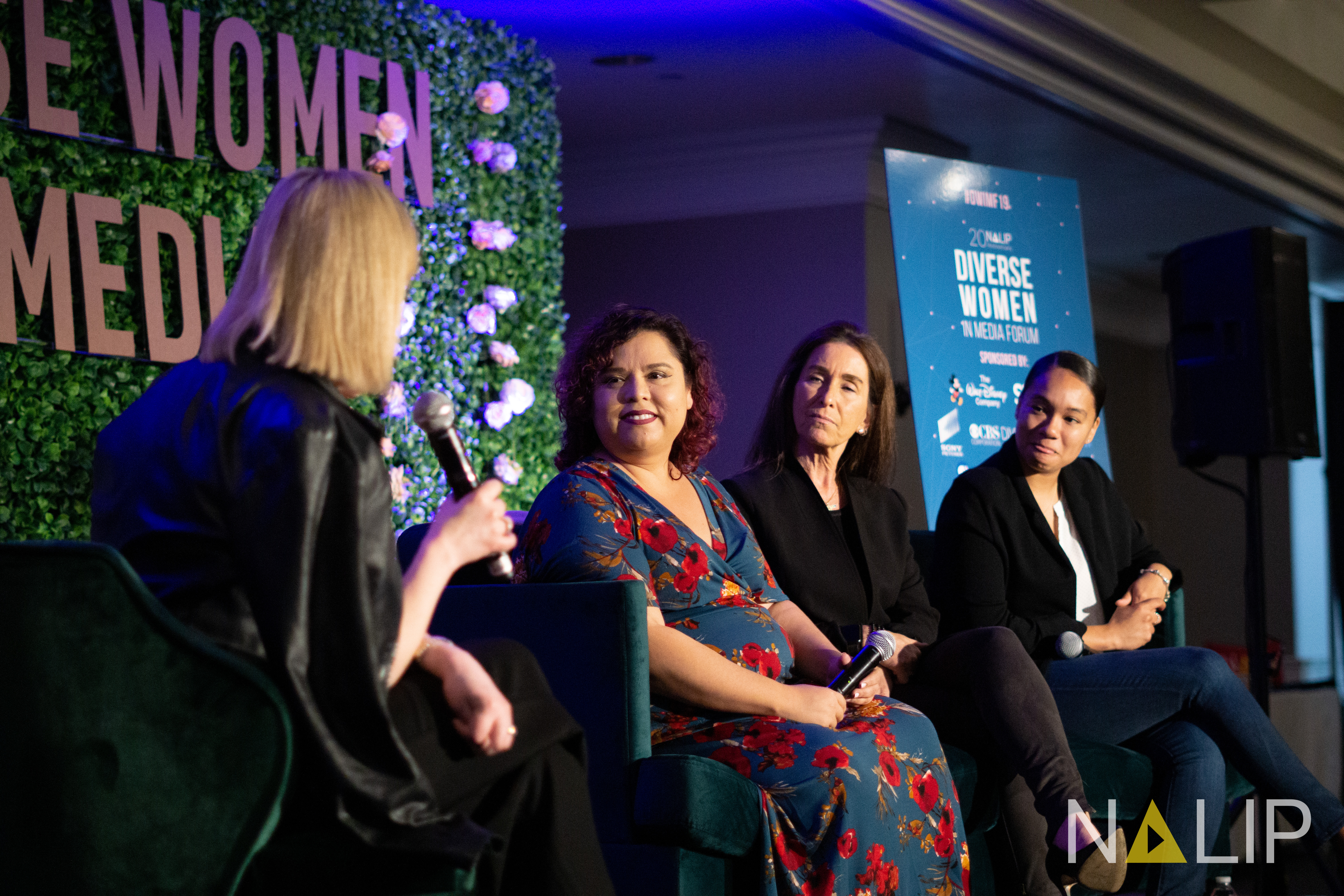 A West Hollywood hotel banquet room full of aspiring industry players got a day of encouragement – along with, crucially, some practical advice – at the Diverse Women in Media Forum Thursday.

One of several such networking and panel events put on each year by the Culver City-based National Association of Latino Independent Producers, DWIM is especially focused on helping women of color learn how to get ahead in the (never easy to) movie and TV business.

“We want attendees to get two things,” explained Margie Moreno, a co-chair of NALIP’s board and one of the DWIM Forum’s creators. “To learn what people who went before them experienced, what worked and what didn’t work, especially when it came to advocating for more diverse content creation. The second, and equally important thing, is creating community. Only by finding other, like-minded voices that have the same goal in mind can you activate that community to do great things. This day, this conference allows people to be introduced to those other like-minded voices.”

Panels at the fourth DWIM event included “The Vision,” in which new opportunities for content makers as well as personal creative histories were discussed by inclusive narrative-prioritizing producers; “Calibrate, Collaborate,” for which female creators such as “One Day at a Time’s” Gloria Calderon Kellett discussed why women of color were needed to develop authentic shows; and “Setting It Up,” featuring network and studio executives describing how developing and programming is changing at this disruptive, content-hungry moment in entertainment history. 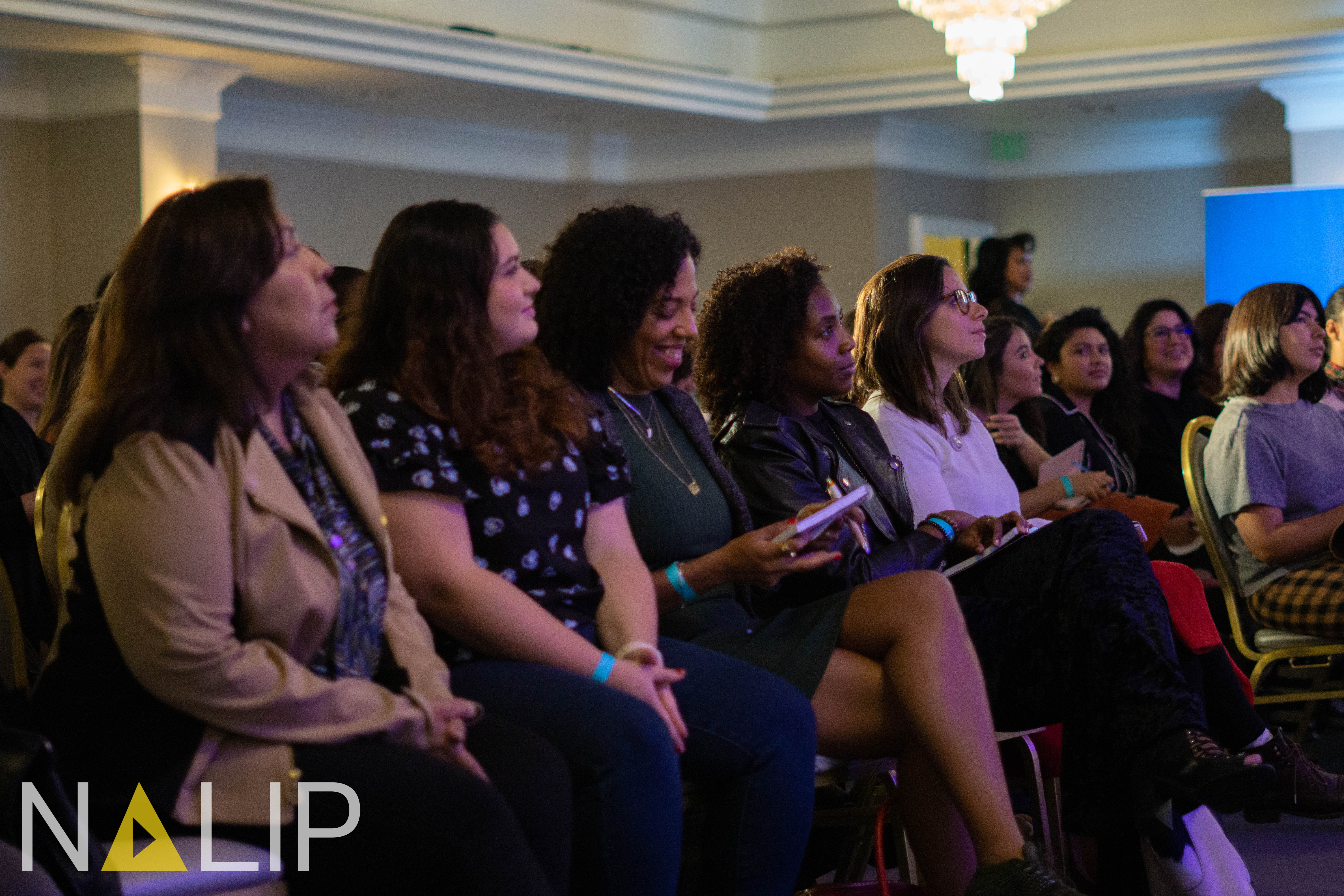 Although organized by a Latino-identifying organization, one of the forum’s main goals was to encourage minority women to reach across ethnic and racial lines to help each other.

“This is part of the Diverse Women in Media Initiative that NALIP has to advance women of color in the creative space and the executive space,” Benjamin Lopez, NALIP’s executive director, said. “I think it’s very important for women of color to have a safe space, an intimate space to connect, help and empower each other.”

Majah Davie, a writer and graduate of CSUN’s film program who currently works as an assistant at Disney, certainly appeared to feel right at home at her first DWIM event. Raised in L.A. by an African-American mom and Guatemalan stepdad, the Northridge resident repeatedly expressed excitement about all she was learning, and from whom.

On “The Vision” panel Linda Yvette Chavez – co-creator of the “Gente-fied: The Digital Series” web show that she’s now co-executive producing a Netflix adaptation of called, simply, “Gentefied” – talked about how adapting her Boyle Heights-set dramedy for the streaming giant has been, first and foremost, about keeping it real.

“We are our audience,” Chavez reckoned. Her belief that telling stories authentically to her and her community’s experience made for shows that could resonate with anybody was a point repeated at the forum. 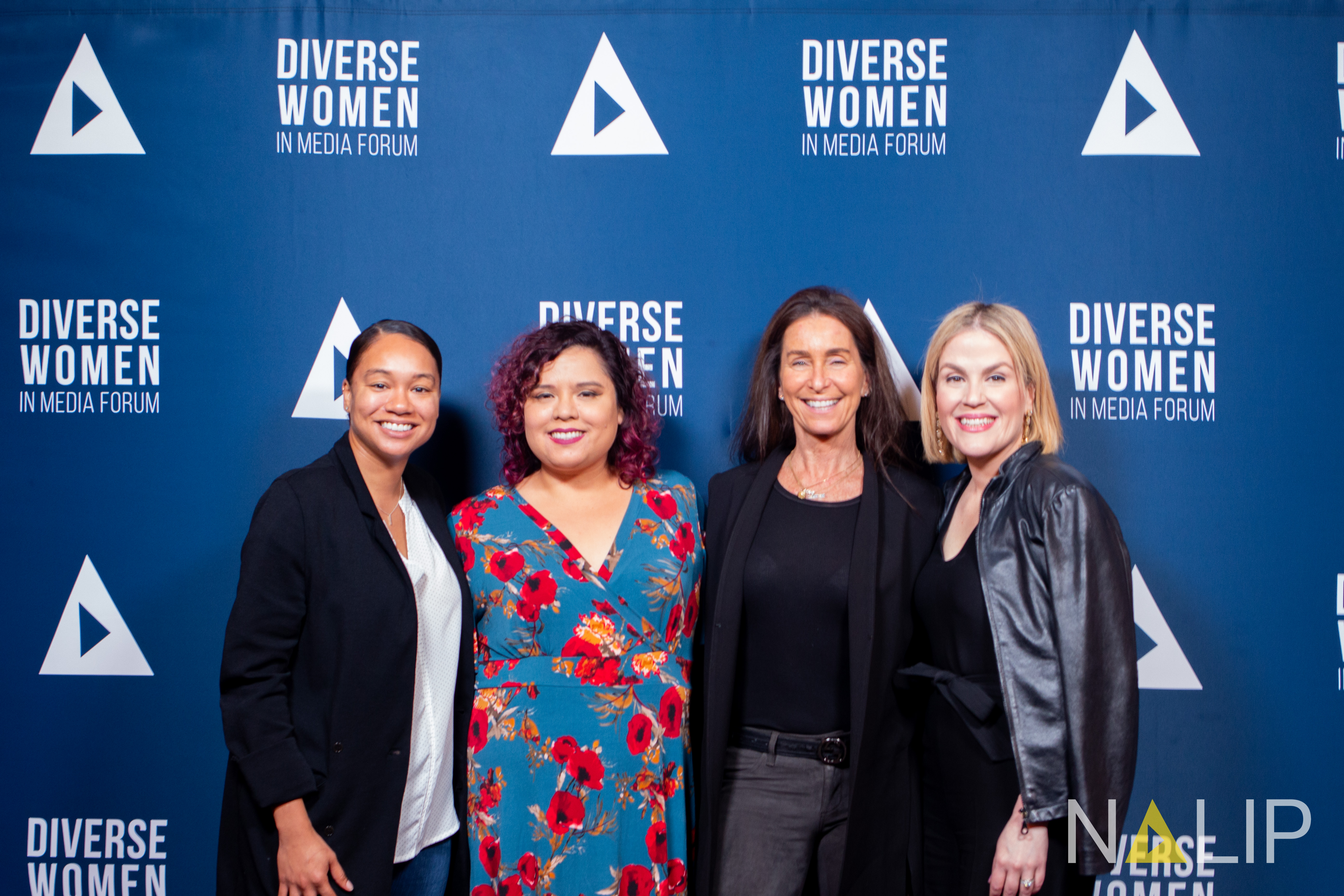 “The more specific you can be in your storytelling, in terms of knowing exactly what themes you’re identifying, the more universally relatable those things will become,” Deniese Davis, COO of ColorCreative, a company she founded with “Insecure’s” Issa Rae, said on the same panel. “ ‘Insecure’ is very, specifically, black. But specificity is really what makes it universally relatable.”

Davis also recounted recently taking a new show concept to 10 different pitch rooms, and only two of them had a person of color among those who would decide whether or not to back it. Improved pipelines for people, and especially women, of color into the industry’s decision-making executive positions is an essential priority for NALIP, Lopez noted.

It was agreed that going ahead and putting together one’s own show, as Chavez and her partners did on the web, can help still mostly white, male execs understand why your concept will work on their bigger platforms; just don’t spend too much of your own money on a web series, or expect to make any profit from that alone.

There were lots of other tips and tales, and the women attending the forum obviously liked what they heard.

“It’s a roomful of inspiration, really,” Patricia Dorian, a Mexico-born actor and content-creator who’s been in Hollywood since 1991, said of the second DWIM confab she’s attended. “It was that you can achieve things. You have to work very hard, and right now it’s almost do-it-yourself. You have to do your own trailers, teasers. If you know somebody, reach out to them. Don’t hold back.”

Dorian, who’s developed a Latina-focused sitcom, had no illusions about what forums such as this can really do to advance one’s project or career, though.

“There are so many glass ceilings for content creators to reach producers and, even moreso, the networks,” she observed. “Other than that, it’s great that we all talk about it, it’s great that we have these media summits, and we show up to them and talk amongst each other to share stuff, ideas. But in the end, it’s still extremely hard to pitch to anybody.”

Always has been, probably always will be. Nevertheless, NALIP’s Lopez does believe that the DWIM forums have started and will continue to open cracks in those glass ceilings Hollywood has long held over women of color.

“One of the best ways to gauge this is that now you’re seeing that they’re conspiring together, collaborating together, and they’re actually packaging projects together,” he said of the forum’s success. “I’m also seeing people getting hired because they met each other here. They were able to vet each other in a friendly environment.”